A victory for Afghan voters

The enthusiasm and bravery Afghans displayed voting this weekend is a victory for them, and for the foreign soldiers who helped make it possible. 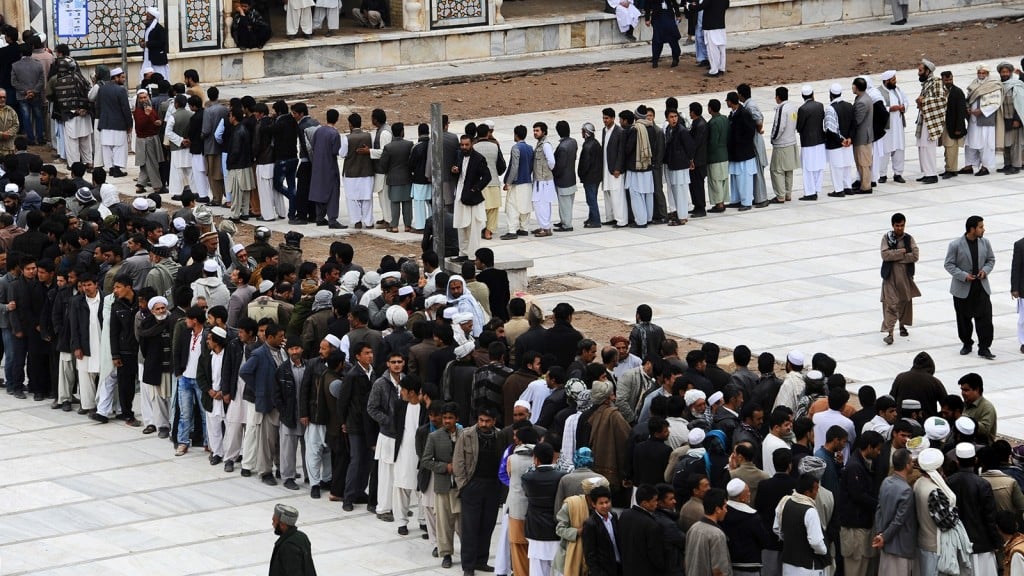 On Saturday, some seven million Afghans — a third of them women — defied Taliban threats and the doom-heralding predictions of outside observers to vote in a presidential election that will lead to Afghanistan’s first democratic and peaceful transition of power in its history. They lined up before dawn, and they were there in such large numbers that voting stations had to be kept open late to accommodate them.

This enthusiasm for democracy was not limited to Kabul. According to an Associated Press report, long lines of voters, including women, turned up in the alleged Taliban strongholds of Kandahar and Helmand. “I want to be a part of this revolution and I want to fulfill my duty by casting my vote so that we can bring change and show the world that we love democracy,” Saeed Mohammad, a 29-year-old Kandahari mechanic told the wire service.

Western analysts and placard-wavers have been declaring the Afghan war lost almost since it began — or at least since 2001, when we joined an ongoing struggle between the majority of Afghans who want a more decent and free life, and the medieval thugs in the Taliban and their Pakistani patrons who want to stop them. Before 2001, of course, the placard-wavers didn’t care.

And yet many Afghans who voted this weekend in numbers comparable to or better than in established Western democracies did so explicitly as a rebuke to the same Taliban who are supposedly on the cusp of a return to power.

Spend a bit of time on Twitter or Facebook, where some 500,000 Afghans have an account. Everywhere is resolve to vote and pride at having done so. Yes, Afghans on social media are a minority — but then barely a decade ago almost none of them had phones. Scroll through press photographs of voting Afghans. Those of you who have seen new parents might recognize the same expressions of joy on their faces.

This is an Afghan victory. It was Afghans who risked their lives to vote. And it was Afghans — hundreds of thousands of them — who protected the voters. But those soldiers wouldn’t be as numerous, as trained and as capable had they not received the mentorship and support of foreign soldiers who came to Afghanistan to help them. And they would not be in a position to protect their fellow citizens had those same foreign soldiers — including thousands of Canadians — not fought and died to hold the line against the Taliban while Afghanistan built an army of its own.  This, then, is also a victory in which Canada has played a part.

None of this means the path ahead for Afghanistan is easy, or that the country’s battle with the Taliban is over. I believe Canada quit Afghanistan too soon. As usual, America must make up for its allies’ slack, and that’s not something President Barack Obama seems particularly keen to do. But Afghans are much better positioned to carry on this fight now than they were 13 years ago.

An Afghan friend of mine, Shuja, was a student when the Taliban took Kabul in 1996. They threw him in jail because they thought he looked like he came from the Panjshir Valley (he didn’t). He fled to Pakistan. After the Taliban’s demise, Shuja returned to Afghanistan. A bodybuilder with biceps the size of small melons, he says his vote is his power. That’s not what defeat sounds like either.