President Rodrigo Duterte claimed that as a mayor, he would seek out opportunities for extrajudicial killings 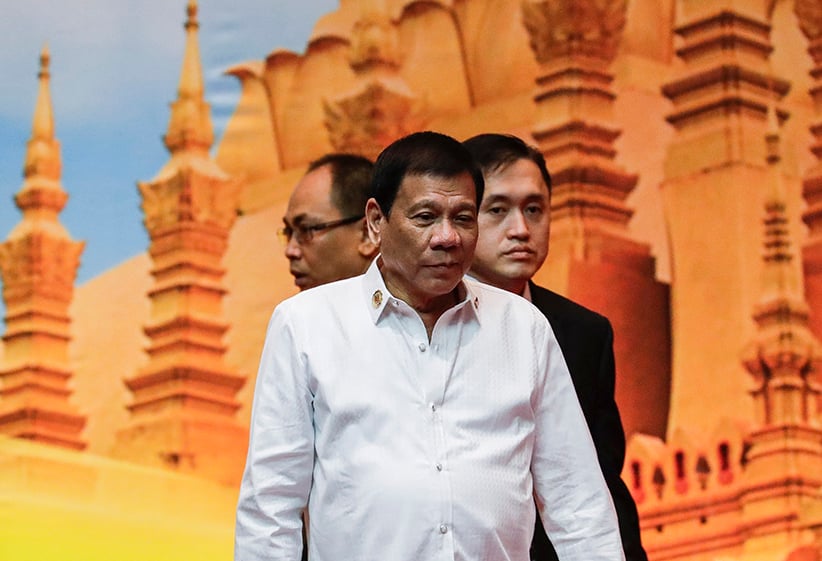 President of the Philippines Rodrigo Duterte (C) arrives to the plenary session of the Association of Southeast Asian Nations (ASEAN) Summits at the National Convention Center (NCC) in Vientiane, Laos, 06 September 2016. Laos is hosting the 28th and 29th ASEAN Summits and Related Summits from 06 to 08 September 2016. (Mast Irham/EPA)

WASHINGTON—The United States said Thursday it is withholding a major aid package to the Philippines and is deeply troubled by a boast from the nation’s leader that he used to drive around looking for criminals to kill.

It’s the latest sign of strain in U.S.-Philippine relations since President Rodrigo Duterte launched a crackdown on illegal drugs has led to thousands of deaths in police gunbattles.

Courting new controversy, Duterte said in a speech Monday that as a former mayor he’d patrol on a motorcycle hunting for criminals to kill to set an example for police to follow. Duterte said he was “really looking for an encounter to be able to kill.”

White House spokesman Josh Earnest told reporters, “Those comments are deeply troubling, and they certainly are at odds with the Philippine government’s stated commitment to due process and rule of law.”

Earnest reiterated U.S. concern about extrajudicial killings by or at the behest of Philippine government authorities—criticism that has angered Duterte, who has taken a hostile stance toward the U.S. and reached out to China and Russia since taking office in June.

The U.S.-government aid agency, the Millennium Challenge Corporation, said that its board this week deferred a vote on a renewal of development assistance package for the Philippines, “subject to a further review of concerns around rule of law and civil liberties.”

The Philippines has been slated for another aid package after its previous five-year, $434 million poverty reduction program was completed in May.

The agency’s spokeswoman, Laura Allen, said Thursday it will continue to monitor events in the Philippines. The next board review is in March 2017.