After months of debate, Ireland votes on gay marriage 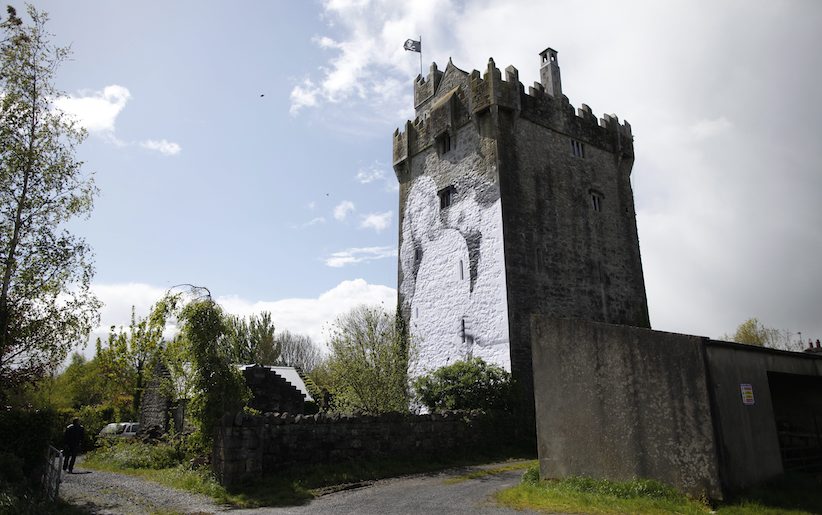 DUBLIN — For months, Ireland has debated whether to legalize gay marriage. Now it’s time to vote, and the choice is a simple yes or no.

Friday’s referendum on amending the Irish constitution to give marriage rights to homosexuals is expected to be approved, based on opinion polls that consistently gave “yes” voters a double-digit lead throughout the two-month campaign.

And yet government officials and gay rights activists are expressing caution, given Ireland’s track record in producing surprise referendum results. They say achieving a high voter turnout is crucial, particularly among younger citizens who traditionally don’t vote in great numbers. Leaders of the country’s dominant faith, Roman Catholicism, have fueled opposition to the measure.

Early indications suggest this referendum is mobilizing voters on both sides just like Ireland’s previous landmark votes on joining the European Union, banning abortion and legalizing divorce. Electoral officers reported stronger-than-usual turnout at many stations in schools, church halls and pubs across this nation of 3.2 million registered voters.

As voters left one polling station in northeast Dublin, they demonstrated a clear generation gap when The Associated Press asked them how they had voted. Those under 40 were solidly yes, the older voters much more likely to have voted no.

“You can give the gays their rights without redefining the whole institution of marriage. What they’re asking for is too much,” said Bridget Ryan, 61, as she voted with her border collie in tow.

By the nearby shores of Dublin Bay, 20-something YesEquality campaigners waved rainbow flags and held up placards urging morning commuters with signs “Vote for us” and “Vote for everyone.” Cars honked back in approval.

WHY IS IRELAND VOTING?

Ireland’s 1937 constitution, written by then-Prime Minister Eamon De Valera in consultation with Catholic Church leaders, is a document laden with conservative Christian values. It affords special legal protections to married couples, committing state institutions “to guard with special care the institution of marriage, on which the family is founded, and to protect it against attack.”

Proposed laws deemed at potential odds with that landmark document must be added to the constitution by popular vote. A single vote over 50 per cent “yes” is sufficient for any constitutional amendment to pass.

WHAT IS IT VOTING ON?

Voters are being asked to approve the government’s 34th Amendment of the Constitution (Marriage Equality) Bill 2015. If approved, a new clause would be added to Article 41 of the constitution, which spells out the special rights of the family. That article previously was amended in 1995 when voters narrowly approved the legalization of divorce.

If this referendum is passed, a new passage will be added: z’Marriage may be contracted in accordance with law by two persons without distinction as to their sex.”

WHO VOTES AND HOW?

Any Irish citizen over 18 is eligible and more than 3.2 million are on the electoral register, including 66,000 who barely beat the registration deadline, most of them young people voting for the first time. They’ll be asked to mark a simple X on YES or NO, or TA or NIL in Gaelic, Ireland’s little-used native tongue.

Ireland’s voting system requires physical presence at a specific polling station. This is a problem in a country where many students and young professionals work in the capital, Dublin, but have countryside family homes on the far side of the island. Ireland’s exceptional rates of emigration in response to its 2008-2013 debt crisis mean Friday’s journey for some voters is even longer.

Polls are open from 7 a.m. to 10 p.m. in hopes that people will have enough time to reach home voting districts several hours’ drive away.

Thousands of emigrants are flying to Ireland to vote, mostly from neighbouring Britain. Arriving flights from London and other British cities are virtually sold out for Friday, a rarity.

WHICH SIDE WILL WIN?

Eight opinion polls in the past two months of campaigning have recorded a strong lead for “yes” voters. But Irish referendums often produce surprise results. Analysts say several factors could produce a louder-than-expected “no” when ballots are counted Saturday.

Referendums provide a lightning rod for anti-government sentiment, regardless of the issue at stake. All political parties and most politicians are backing the “yes” campaign. Anti-gay marriage campaigners, led by the Catholic Church and a conservative think-tank called the Iona Institute, argue that the lopsided support from the political establishment should raise suspicions for ordinary voters.

Irish referendums also usually feature low turnout, often under 50 per cent, and this rewards the most committed voters who often hold the hardest opinions. Allied to this is the pattern that voters backing the publicly unpopular view, in this case opposition to gay rights, often give misleading answers to pollsters.

As a result, despite the polling picture, “yes” activists express nervousness about the result, while “no” leaders sound confident of an upset.

If the verdict is “no,” Ireland’s gay residents can continue to enter civil partnerships, marriage-style contracts legalized in Ireland in 2010. More than 1,000 gay couples have become civil partners in the past four years, giving them marriage-style rights on property, inheritance, tax and other financial matters. But legal experts say the partnerships are legally inferior to marriage in dozens of aspects. Some gay people say, in event of rejection, they might move to countries where same-sex marriage is legal. Advocates of gay marriage could push for another referendum, but that could take more than a decade.