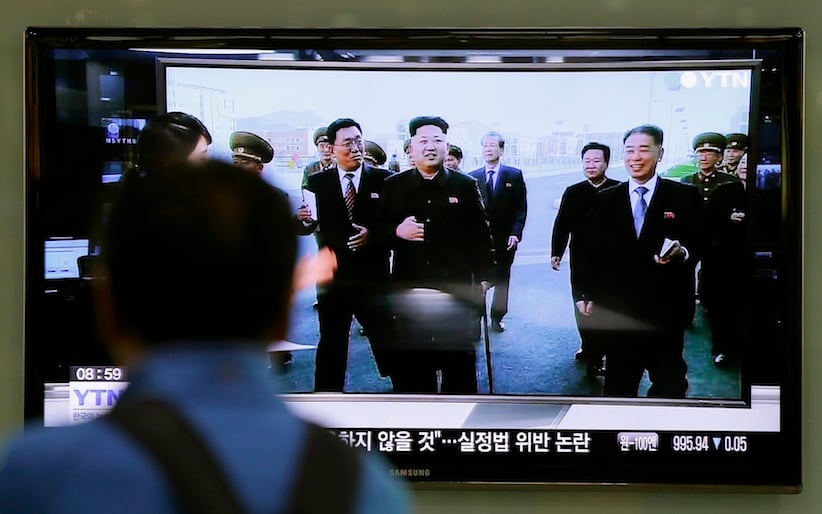 SEOUL, South Korea — North Korean Leader Kim Jong Un has made his first public appearance in five weeks, state media reported Tuesday, ending an absence that drove a frenzy of global speculation that something was amiss with the country’s most powerful person.

The sudden resumption of the “field guidance” tours that had been a regular part of Kim’s public persona before he stopped showing up in media reports for 40 days allowed the country’s massive propaganda apparatus to resume doing what it does best — glorify the third generation of the Kim family to rule — and will tamp down, at least for the moment, rumours of coups and serious health problems.

Kim, shown in the North’s leading newspaper smiling and walking with a cane, toured the newly built Wisong Scientists Residential District and another new institute.

He “took necessary steps with loving care” and vowed to turn the area into a “world-class science city,” a dispatch early Tuesday from the official Korean Central News Agency said in typical fawning style. The North didn’t say when the visit happened, nor did it address the leader’s health.

Before Tuesday’s dispatch, Kim had last been seen in the media at a Sept. 3 concert.

Foreign media had no trouble filling the void that followed. From “Saturday Night Live” spoofs to the wild theories of journalists across the globe trying to parse his growing absence from the public eye, Kim captured nearly as many headlines as he did when he threatened to nuke his enemies last year.

This bewildering ability to command attention by doing nothing says a lot about the North’s propaganda focus on Kim as the centre of everything. Remove for 40 days the sun around which that propaganda spins and the international media, both traditional and social, exploded with curiosity.

And while there was plenty of informed analysis from experts and frequent visitors to Pyongyang that said it probably wasn’t anything that serious, there seemed to be even more thinly sourced speculation.

Kim was, by turns, reported to be suffering from gout, from diabetes, from a brain hemorrhage, from a heart ailment, from a leg injury that required surgery from a French doctor, from mental illness or, according to a head-turning British report, from a cheese addiction. There were rumours of coups.

The speculation was fed by Kim missing several high-profile events that he normally attends and his description in an official documentary last month as experiencing “discomfort.” Archive footage from August showed him overweight and limping.

The South Korean government saw no signs to indicate any major problems.

At a South Korean parliamentary hearing Monday, Choi Yoon-hee, head of the Joint Chiefs of Staff, told a lawmaker that whatever health problems Kim might have, they “are not severe enough to disrupt his status as the ruler of the country.”

No unusual troop movements or other signs of a possible coup have emerged. Diplomacy at the highest level has continued: Three members of his inner circle made a surprise visit to the South, something analysts say would be impossible without the leader’s blessing. Foreign tourists and aid workers are still travelling to the North, and there have been no reports of new restrictions or warnings for diplomats.

There’s also nothing particularly unusual about North Korean leaders laying low for extended periods. Kim’s grandfather and late father, Kim Jong Il, both took long, unexplained breaks from work, often leading to similar rumours in Seoul and beyond of coups and sudden death. Kim Jong Un, who seems to genuinely like being at the centre of things, took off without a word for three weeks in 2012.

The recent absence was, in part, “probably an attention-getting device (and it certainly works),” Bruce Cumings, an expert on Korea at the University of Chicago, said in an email. “The North has been on a diplomatic offensive in Europe and elsewhere, it feels isolated — and is, if we’re talking about relations with Washington. All this puts them back on the front page.”

Part of the interest in Kim’s absence also stemmed from worries about what would happen to the country if the leader died without securing a succession.

Kim Jong Un’s two older brothers, for whatever reasons, were deemed unfit to rule by Kim Jong Il, and little is known about his sister.

Kim reportedly does have a direct heir who may one day extend the Kim dynasty into a fourth generation. Probably not soon, though. She’s believed to be a toddler.