And how a Canadian employee is caught in the crossfire 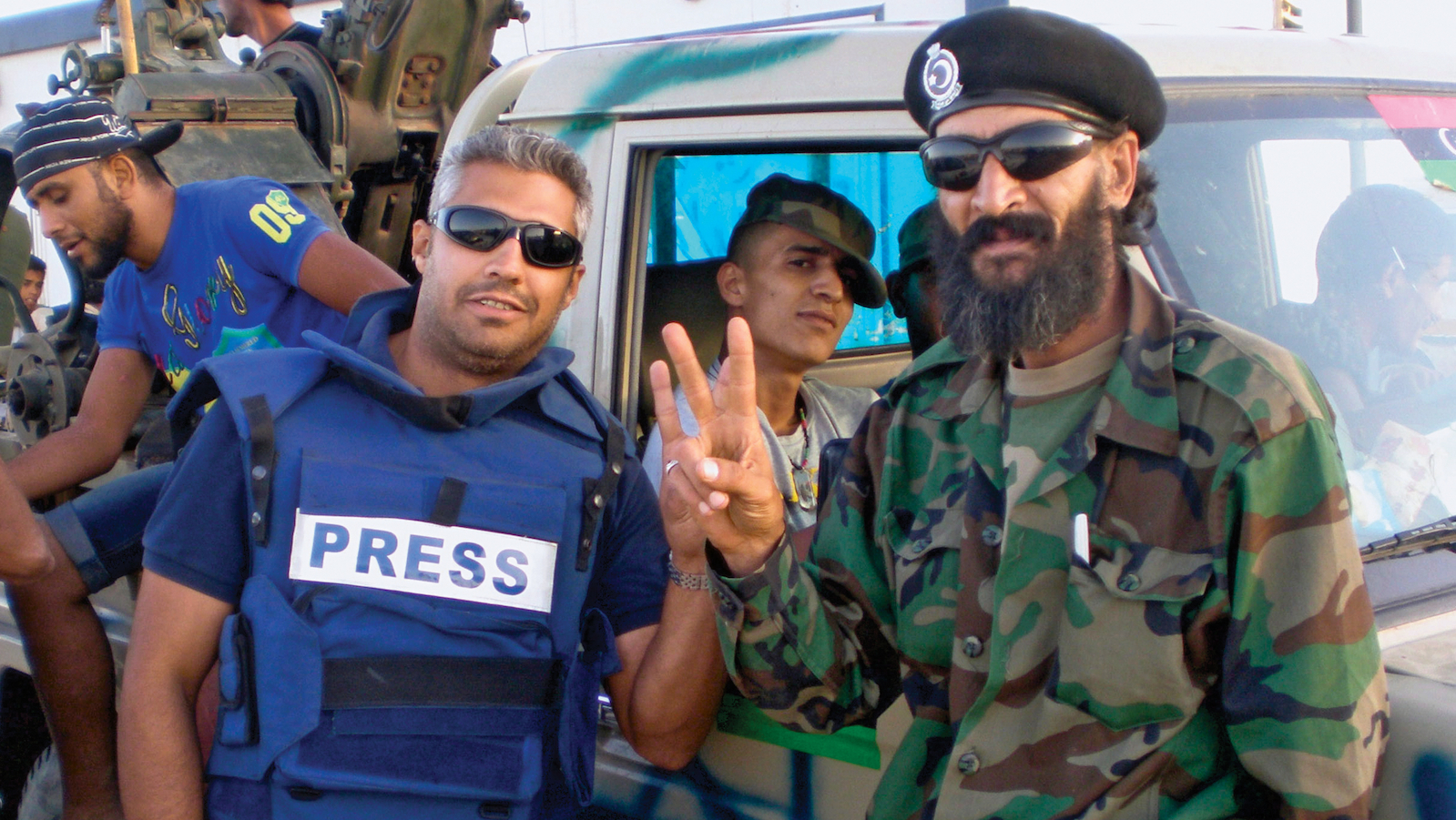 Late last year, Egyptian-Canadian journalist Mohamed Fahmy called his brother, Sherif, to talk about a move back to Canada. The Al Jazeera producer had been living and working abroad for years. But, Sherif says, he missed Montreal, where “we spent the best times of our lives,” and thought it was time to plan coming back “to be with our parents and to enjoy the democratic life in Canada.”

Instead, on Dec. 29, Fahmy was arrested, along with three of his colleagues from Al Jazeera’s English network, and accused of conspiring with the Muslim Brotherhood, a banned opposition group that Egypt considers a terrorist organization. His arrested colleagues include Australian Peter Greste and Egyptian Baher Mohamed. Mohamed Fawzi, an Al Jazeera cameraman detained on the same day, has since been released. Al Jazeera cameraman Abdullah Al Shami has been in custody since August. Egypt has charged some 17 other journalists, including several from Al Jazeera, who have not been detained.

“What he’s being accused of is insane,” says Sherif in an interview from his home in Kuwait. “If the Egyptian authorities had taken the time to deeply investigate the history of the family, they’re going to know that we’re totally against the Muslim Brotherhood ideology, all of us.” Sherif says their grandparents were Egyptian police officers, and their father wrote articles criticizing the Brotherhood, even during the presidency of Mohamed Morsi—the Muslim Brother who was deposed in a coup last summer.

The arrests of Fahmy and his colleagues are part of a larger campaign against dissent by Egypt’s military-backed interim government. “There is very little space for anyone who is openly against the coup to express their views,” says Maha Azzam, an Egyptian pro-democracy activist and associate fellow at the Chatham House think tank. The Muslim Brotherhood was banned in September and declared a terrorist organization in December. Thousands of its supporters have been arrested, and hundreds have died in clashes with security forces. Nadine Sherif, international advocacy officer at the Cairo Institute for Human Rights Studies, says government rhetoric—amplified in state-friendly media—paints critics of the government as traitorous or as allies of the Muslim Brotherhood.

Among media organizations, Al Jazeera has received a disproportionate amount of abuse and harassment from authorities and pro-government gangs. The broadcaster is owned by the government of Qatar, which supports the Muslim Brotherhood. Egypt accuses Al Jazeera of sharing this agenda—a charge Al Jazeera denies.

Tony Burman, a research chair at Ryerson University, was managing director of Al Jazeera English from 2008 to 2010. “I had no sense of government pressure or inappropriate government influence,” he says of his time in Doha. “They were invisible, as far as I was concerned.” Last fall, however, the Washington Post reported that several exiled members of the Muslim Brotherhood were living in hotel rooms in Doha paid for by Al Jazeera. Eric Trager, a fellow at the Washington Institute for Near East Policy, has also spoken with a former member of the Muslim Brotherhood, who says he fled Egypt for Qatar, where Al Jazeera paid for him to live in a Doha hotel for two months. (Al Jazeera told Maclean’s it may cover hotel costs only for “contributors and interviewees.”)

“These journalists do not in any way bear any responsibility for this,” says Trager, speaking of Fahmy and his colleagues. “They were doing their job. But the parent organization, Al Jazeera, is putting these people in a very compromising situation by not just covering what is happening in Egypt, but, in some ways, actually participating in it.”

Sherif says he and his family have been allowed to visit Fahmy every two weeks in the presence of Canadian officials from the Cairo embassy. Sherif says Fahmy has been kept in an insect-filled cell with a glaring light left on to make him uncomfortable. The last time he visited Fahmy, he had to inform his brother of the charges against him—of which Fahmy was unaware. The news upset him.

Canada’s Department of Foreign Affairs says senior Canadian officials have raised Fahmy’s case with Egyptian authorities. But while the White House has publicly called for the journalists’ release, Canadian officials have not. Ottawa’s relative silence is perplexing, given the interventions it made last year on behalf of two other Canadians detained in Egypt: John Greyson and Tarek Loubani.

Sherif says Fahmy’s Egyptian nationality limits what Canada feels it can do on his behalf. But he’d like the Canadian government to be more vocal: “Just a press conference saying they’re concerned about Mohamed would be moral support.”