Allies with benefits: The cost of a coalition with Russia

If the West unites with Russia, it will help destroy Islamic State. But the long-term results may not be pretty. 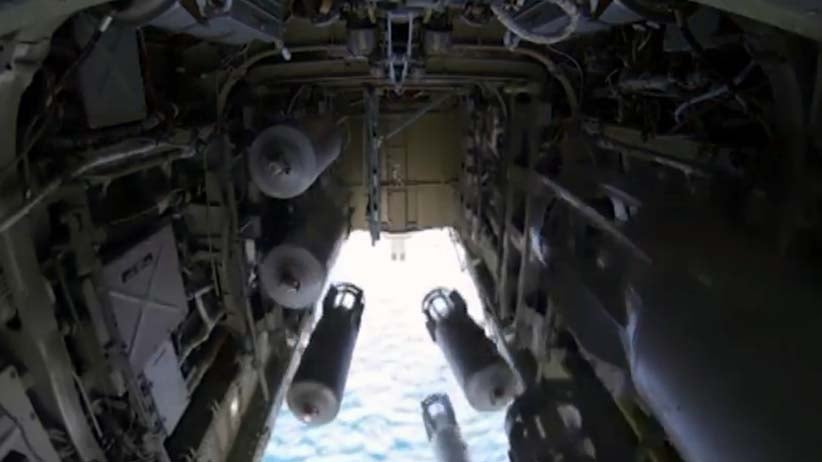 Terrorism can forge strange alliances. Among the many repercussions stemming from the massacre of 130 people in Paris by the Islamic State jihadist group may be a thawing of relations between Russia and Western nations that have shunned it since Moscow annexed the Ukrainian region of Crimea last year and launched an unofficial invasion of eastern Ukraine.

French President François Hollande has called for Russia and America to join a “wide and single coalition” against Islamic State, noting the international community has been “divided and incoherent too long.” American President Barack Obama has said he would welcome military co-operation with Moscow, provided Russia is willing to focus its military efforts against Islamic State and not other rebel groups opposing Syrian dictator Bashar al-Assad.

The Russians appear more enthused. Ever since Russia began its military intervention in Syria earlier this year, President Vladimir Putin has called for a grand coalition against Islamic State. But much of Russia’s air campaign, especially in its early days, ignored Islamic State and instead hit rebel groups that more directly threaten the regime of Russia’s ally, Assad.

Russia, however, recently suffered an act of terrorism by Islamic State that was even deadlier than the attacks in Paris. The group has claimed responsibility for the downing of a Russian passenger plane over Egypt’s Sinai Peninsula in October, killing all 224 on board. Aleksei Pushkov, head of the Russian parliament’s foreign affairs committee, says Russia and the West share a common enemy and should put aside their differences to combat it. “We have had disagreements in the past, in the 1930s, but that didn’t stop us from creating a coalition against Hitler, and it was effective,” he says, according to the Russian news agency Interfax.

“It sounds very nice theoretically,” says Angela Stent, director of the Center for Eurasian, Russian and East European Studies at Georgetown University. The trouble, she says, lies in the different ideas Russia and the West have about Syria’s future. Most Western nations say Assad cannot continue to rule Syria, in part because his barbarism functions as an effective recruiting tool for Islamic State. Putin says the West’s refusal to engage with Assad has been “an enormous mistake.”

“Russia’s goal is to keep Assad in power—or, if there’s going to be a successor, to have a similar ruler so that they can maintain their influence,” says Stent. Russia has a naval base in Syria and has recently established a military presence at an airport in Latakia from where it conducts its air campaigns.

Jan Techau, director of Carnegie Europe, likens Assad to a “bingo chip” that Moscow will play when it suits them. “The Russians want to protect their strategic assets as long as they can. But once it becomes too costly, and when there is a political situation that pleases the Russians, they’ll let him go,” he says. 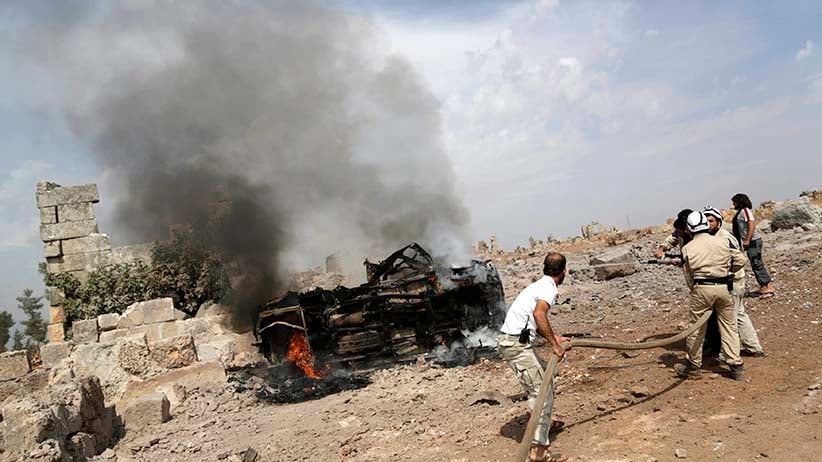 Civil defense members extinguish a military vehicle at a base controlled by rebel fighters from the Ahrar al-Sham Movement, that was targeted by what activists said were Russian airstrikes in the south of Idlib province, Syria October 1, 2015. (Khalil Ashawi/Reuters)

Russia’s initial intervention in Syria was designed to give it a say over the country’s future. If Putin crafts a co-operative military relationship with the West, that influence will increase. It’s a potential outcome that worries Syrians who want to see an end to Assad’s regime and believe any rehabilitation of it will only strengthen Islamic State. “Daesh and Assad are related,” says one Syrian in Paris, using an Arabic acronym for Islamic State. (She didn’t want her name published because she has family in Syria.) “Daesh exists because Assad exists, and Assad exists because Daesh exists.”

According to Techau, any military co-operation between the West and Russia in Syria would likely be temporary: “At some point the political goals that are quite different will become more visible again. But for the moment that co-operation, that tacit agreement, can still hold,” he says.

But Putin is looking beyond Syria. He sees partnership with the West in Syria as a way to make Russia seem an indispensable part of the global community—too important to be isolated and punished. “He would like the Europeans to forget about Ukraine and start lifting sanctions,” says Stent.

Ukraine’s deputy foreign minister, Vadym Prystaiko, a former ambassador to Canada, understands why Hollande is reaching out to Russia. “To his own people, he’s doing the right thing. He’s trying to find anything at his disposal to counter the threat,” he says. But Prystaiko says if Russia uses co-operation in Syria to normalize relations with the West, it may feel emboldened to repeat a Ukraine-style intervention elsewhere.

“If they are getting back in the game, who knows where they will send another rocket,” he says.