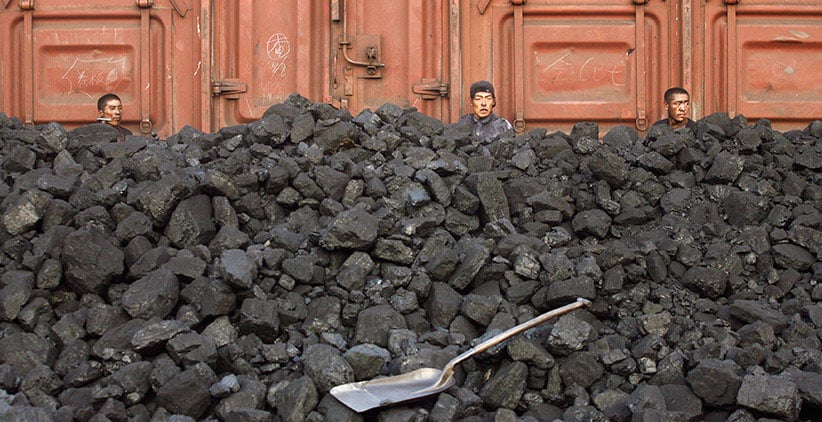 The centrepiece of Barack Obama’s climate policy, announced this month, limits greenhouse gas emissions from U.S. power plants largely by cutting the country’s reliance on coal. The policy was touted as a major piece of the President’s environmental legacy but it raised an important question: what will happen to America’s coal—the largest recoverable reserves in the world?

It’s a question that could soon have an answer. With coal demand at home expected to fall by 20 per cent due to new regulations, and competitive pressure from low-priced natural gas, coal companies are now pushing to increase exports to Asia. China in particular consumes almost half of the world’s coal—and in recent years demand has soared. Three new coal-export ports are being proposed for the Pacific coast: two in Washington state and one in Oregon. They could eventually ship up to 100 million tons of coal per year—an amount equivalent to the total volume of coal the U.S. will export this year, according to the U.S. Energy Information Agency (EIA). “We view the Northwest port terminals as advantageous locations for exports to Asia—the most efficient location for exporting to countries that are going to be generating strong demand for coal,” says Nancy Gravatt, a spokeswoman for the National Mining Association, the U.S. industry group. Top Asian destinations are China, South Korea, India and Japan.

U.S. coal exports have already been growing, from five per cent of production in 2000 to 12 per cent in 2013, or 118 million tons, according to the EIA. Environmentalists warn that emissions from that volume of coal would dwarf the savings from Obama’s new power plant rule. They won’t count toward America’s national tally, but they’ll enter the global atmosphere all the same. Kelly Mitchell, a coal campaigner for the environmental group Greenpeace, says it is “hypocritical” that the Obama administration “can talk a good game on climate and still move forward on coal.”

The port approvals are a state matter, but the Obama administration does have a role to play in shaping the fate of coal exports. That’s because the coal that would go through the new ports would come from Wyoming’s Powder River Basin, where 80 per cent of the coal resource is owned by the federal government. The basin produces some 400 million tons of coal per year.

The U.S. federal government, through the Bureau of Land Management, leases the lands to coal companies and collects royalties, which are shared with the state. Since 2009, the Obama administration has sold leases for more than two billion tons of coal in the Powder River Basin for rates as low as $1 per ton, drawing the wrath of critics, including some in Congress, who say too much coal is being leased too cheaply. (Coal from the Powder River Basin is worth about $13 per ton.)

“On the one hand, these power plant regulations are the strongest thing President Obama has ever done on climate change—and at the same time, the Bureau of Land Management is putting into the pipeline billions of tons of coal that, if burned, would dwarf a lot of the progress we have been making,” says Greenpeace’s Mitchell.

As it reviews its long-term plans for the leases, which could eventually put another 10 billion tons of coal up for auction, the administration has so far resisted calls to include carbon emissions abroad in its decision-making. “The administration is not even looking at those questions,” says Shannon Anderson, an organizer at the Powder River Basin Resource Council, a Wyoming environmental group.

The three proposed projects are the Millennium Bulk Coal Export Terminal in Longview, Wash., the Gateway Pacific Terminal, in Cherry Point, Wash., and the Morrow Pacific Project, in Boardman, Ore. Supporters of the port projects say they will create 10,000 jobs and bring $1.5 billion in private investment into the Pacific Northwest. The new ports would also benefit industries such as timber and agriculture, they contend. Meanwhile, Wyoming Gov. Matt Mead, who visited Washington state this month to advocate for the ports, said his state draws more than 70 per cent of its revenues from mining and fossil fuel extraction.

Supporters argue that Asian countries will buy the coal somewhere. “That demand will be met one way or another—so it would be a missed opportunity for the United States not to take advantage,” says Gravatt. The Powder River Basin coal also has an unusually low-sulfur content that creates less pollution than other varieties of coal. Plus, notes Gravatt, China has invested heavily in advanced clean-coal technology.

But energy economist Thomas Power, a research professor at the University of Montana, says the exports will reduce prices, raise consumption and reduce investment in other technologies. “The Powder River Basin is one of the largest, cheapest sources of coal in the world,” he says. “If you lower the prices of something, you use more.”

While the port issue has drawn mainly local protests in the Pacific Northwest, national environmentalists are also taking note. “You can’t make the math of climate change work at all if you get the huge coal deposits of the Powder River Basin out and pour them in the atmosphere,” Bill McKibben, a U.S. activist climate organizer who has also led the national campaign against Canada’s proposed Keystone XL pipeline, said in an Internet video last year.

(Some Wyoming coal is already exported to Asia through ports in British Columbia. The province’s biggest coal-export port, Westshore Terminals, south of Vancouver, says it’s running at full capacity and expects more export activity as a result of Obama’s new rule. There is also a proposal to expand coal exports through a port in the Vancouver suburb of Surrey to meet rising demand.)

The most decisive question could be this: does China still want the coal?

For a while, coal demand looked to be insatiable in the rapidly industrializing country. Demand in China increased almost fivefold between 1980 and 2010, according to the EIA. The U.S. government projected last year that Chinese coal consumption will grow by an average of two per cent per year through 2040. But more recently, China’s coal market seems to be changing. Under pressure from middle-class citizens angry about the health effects of staggering air pollution, Chinese authorities have been announcing plans to cut emissions and to move to cleaner fuels, such as natural gas and nuclear energy.

Some financial firms are now arguing that Chinese coal demand is uncertain. The Wall Street analysis firm Bernstein Research published a bearish report last year with the ominous subtitle, “The beginning of the end of coal,” predicting that China could stop importing coal as early as next year and begin reducing overall coal consumption by 2016. “All industrialized economies reach the point where the collective decision is made that—while cheap sneakers are nice—it is better to have someone else pollute their air, their water and their soil in order to produce the high-tops. China—at least coastal China—has reached that point. The coal sector is, in coming years, the biggest loser from this development,” the analysts wrote.

The report also noted that as China grows wealthier, the service sector, which uses one-sixth the energy of manufacturing, has grown from 39 per cent of the economy in 2000 to 45 per cent in 2012. Citigroup’s research arm put out a similarly pessimistic report, warning of “Peak coal in China” and arguing that “significant shifts in China’s economy and power sector are now under way that demand a reassessment of Chinese coal’s perpetual climb.”

The economist Power says China, formerly a net exporter of coal, is once again set to supply more of its own coal thanks to a massive transformation of its mining sector. “These were household or village-like coal mines, thousands of them. It was dirty, primitive and dangerous—literally people carrying coal out in baskets on their heads,” he says. China has recently built large mines with modern safety standards, he says.

Where does that leave America’s coal producers? The miners remain optimistic. “Demand for exports will continue to grow because China is still going through a fairly massive industrial revolution,” says Gravatt.

But the environmentalists are starting to make their mark. Washington state announced in February that it will conduct a sweeping environmental study of the proposed ports that will include a look at the impact of burning the coal abroad. They did not set a deadline for completion.