Health Secretary Janette Garin said her department was co-ordinating with the U.S. Centers for Disease Control and Prevention to get more information about the woman and find out where she stayed during her Jan. 2-28 visit to the Philippines.

The health department’s spokesman, Dr. Lyndon Lee Suy, said that the woman was apparently exhibiting the symptoms of Zika in the final days of her stay in the Philippines, but that she was not diagnosed with the virus until she returned to the U.S.

Garin said that if it is determined that the woman was infected in the Philippines, it would be only the second Zika case to be reported in the country, and stressed that there have been no reports of an outbreak. She said the public should not be alarmed but should take steps to prevent infection, including by destroying all breeding places of mosquitoes, which can spread Zika, dengue and other tropical diseases.

A 15-year-old boy got infected in Cebu city in the central Philippines in 2012, but recovered fully after three weeks of rest and treatment, according to the health department.

Philippine health officials have advised pregnant women to consider deferring nonessential travel to Zika-hit countries and worked to raise public awareness on how to fight infections, including by using insect repellents and wearing protective clothing.

A gallery of the week’s best photographs — as chosen by Maclean’s photo editors: 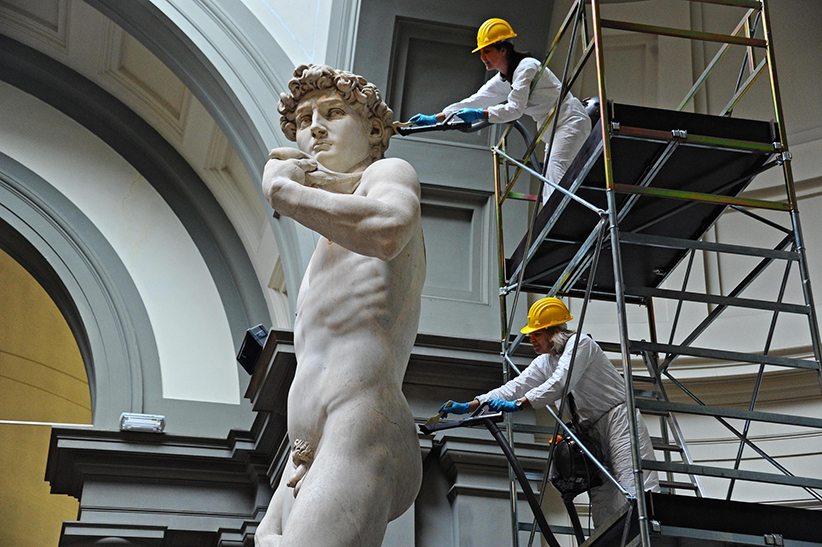 The famous statue of David by Michelangelo undergoes a careful scrub at the Accademia Gallery in Florence, Italy