Surprisingly, the strategy of praying to God is not stopping the mass shootings in the U.S. 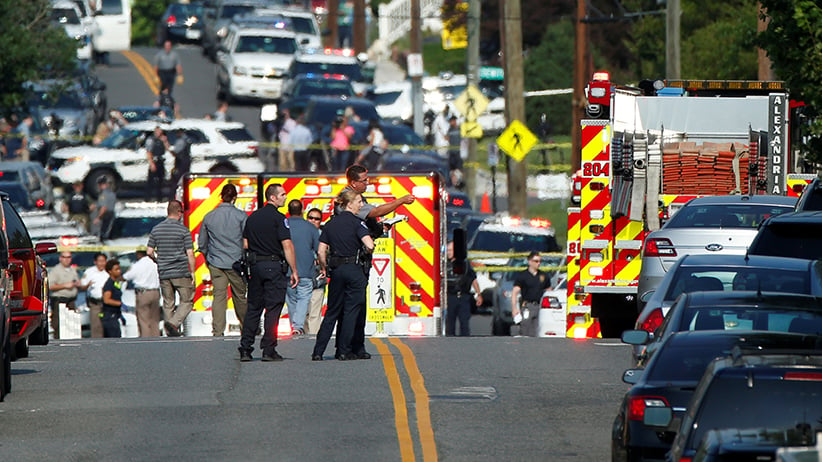 Is America’s national Thoughts and Prayers Strategy (TAPS) no longer working? This is a troubling possibility to consider, but it may be time to ask the question.

Politicians, members of the media, and of course the public, quickly responded to the recent horrific shooting of several people during a baseball game in Alexandria, Va., including U.S. Congressman Steve Scalise, with a flurry of “thoughts & prayers”. President Donald Trump himself immediately assisted in TAPS efforts with his own tweet indicating that he too was doing his part by thinking about the victims and mentioning them in any communications he had with God.

Unfortunately, there is growing evidence that TAPS may not be delivering the results we would expect from appealing to an omniscient and all-powerful deity. For example, in spite of the well-executed TAPS implementation following the Alexandria incident, there was almost immediately afterwards another tragic shooting in a San Francisco UPS facility, killing two. Cleary something is amiss.

In a typical year, over 13,000 Americans will be killed by guns. To put that into perspective, that is six times more than the total number of American troops killed in Afghanistan over the last 16 years. America’s gun homicide rate is 25 times the average of other developed countries. There is now, typically, one mass shooting per day in the United States. Over the course of the year, 45 of those will be school shootings.

READ: Something is broken in the United States

This data is very surprising when you consider the power of beseeching God. You would think parting the Red Sea, or smiting the Egyptians with a plague of frogs, would be far more difficult than just reducing gun violence. It is worth noting, however, that most well-known examples of successful celestial intervention in earthly affairs are over two millennia old. This marked drop-off has gone largely unnoticed in American political circles and may be worth exploring in more depth.

The problem, if indeed there is one, could be denominational. Are Jewish prayers as effective as Protestant prayers when it comes to preventing future shootings, or healing existing victims? For obvious reasons, we know that the prayers of a southern Baptist will have no prophylactic effects on a Muslim in New Jersey. But will they protect Catholics? These are questions we should possibly start asking.

Perhaps we are not praying enough. Church attendance is down considerably in the United States. This presumably has a direct impact on both the frequency and quality of prayers. If this turns out to be the issue, the government could look at improving public transit links to places of worship, or perhaps even subsidizing sermons as a means to end gun violence.

The other issue that should be considered is whether the wrong people are praying. For example, when a notoriously adulterous politician tweets out his “thoughts and prayers”, does that carry more or less weight than a nun who silently mouths the same words over her rosary? There really should be better metrics to track this.

Is it possible we are saying the wrong prayers or in the wrong way? Not enough effort has been made to determine if TAPS is equally effective when tacked on to a press release as it would be as an addendum to the Lord’s Prayer. And, have you noticed that you rarely hear a politician implement TAPS in Greek (Σκέψεις και προσευχές) or even Hebrew (מחשבות ותפילות)? Could that be the reason 93 Americans are still dying every day from gun violence?

There are so many factors that need to be taken into account if we want to get to the bottom of this. Kneeling or not? Eyes open or closed? Does incense make a difference? Out of respect for the hundreds of children who are shot and killed every year in the U.S., we must answer these questions.

The White House, perhaps in co-operation with some of America’s leading research centres like MIT or Stanford, should launch an urgent nationwide investigation into why TAPS is not working. A series of randomized control trials in various states would be easy to organize and may produce invaluable data. Likewise, the government could test the TAPS methodology against other pressing issues. Does it help fix America’s crumbling infrastructure? Can it reduce the deficit? Will it fix Obamacare? Has the Pentagon considered a robust prayer response to the North Korean missile program?

With so many daily deaths, so many unnecessary tragedies, America’s leaders must do whatever is necessary to fix TAPS. If they fail at this, the United States would be forced to consider some very dire alternatives. In the United Kingdom, for example, when they decided thoughts and prayers were no longer working, they had to implement handgun laws that reduced shooting deaths by over 50 per cent. Likewise, Canada, Australia and Europe neglected TAPS and as result are forced to rely on firearm controls and background checks to keep their gun violence levels at 1/25th those in the United States. If America doesn’t address the TAPS problem soon, this might happen to them too.