Donald Trump is hurtling the world towards crisis. He needs to go.

Scott Gilmore: In his bellicose tweets about North Korea, Donald Trump is doing the opposite of crisis management. 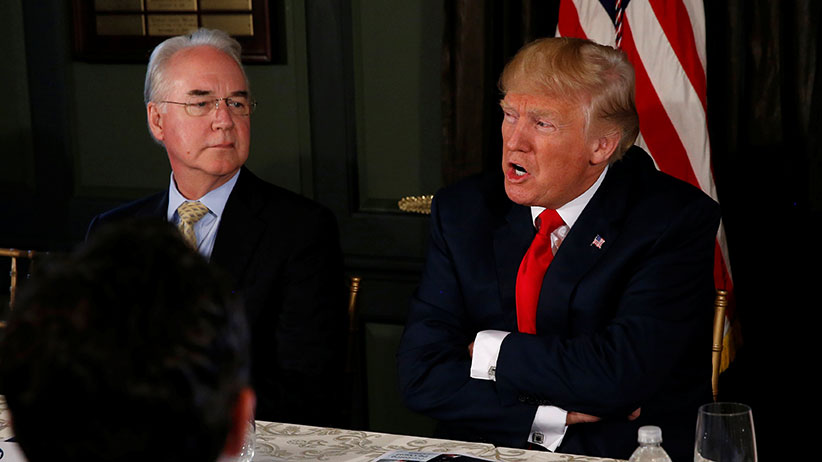 Well, that escalated quickly. One day we are puzzling over why Chris Pratt and Anna Faris broke up, the next day we are wondering if there is going to be a nuclear war. As has been the case almost every week since Donald Trump was inaugurated, we need to stop and figure out how we got here.

During the election campaign, Trump repeatedly blustered that he had a plan to deal with countries like North Korea. He did not have a plan. After North Korea conducted a series of intercontinental missile tests last month, Trump made an off-the-cuff announcement that the U.S. was ready to unleash “fire and fury”. In response, Pyongyang threatened to launch missiles at Guam. Meanwhile, on Wall Street, investment firms began calculating the impact of a nuclear war on the Dow Jones.

This row is moving fast, but we appear to be still some way from the actual brink. No senior officials are echoing his heated rhetoric. In fact, they are downplaying his threats. More importantly, there have been no changes to the American military posture in the east and the Pentagon’s DefCon level has not changed. Any conventional military attack on North Korea would require months of logistical preparation, including moving fleets and battle groups into the region and withdrawing the tens of thousands of American civilians from South Korea.

Unfortunately, an unconventional attack needs almost no preparation and could be launched by Trump whenever he wants.

READ: Why we need to start worrying and fear the bomb

I had intended to write that the one thing we don’t have to worry about is a first strike by the United States. I believed that the Pentagon would require legal authority that could only be given by Congress. After reading several legal opinions, I realized I was sadly misinformed.

While some lawmakers argue the president’s sole control of the nuclear arsenal is unconstitutional, this has not been tested in the courts and all of the current military operating procedures assume he does. And the Pentagon does not require a declaration of war from Congress. Theoretically this is necessary, but the U.S. has not declared war on anyone since the Second World War, not Korea, Vietnam, Grenada, Panama, Afghanistan, Iraq, nor Syria. So, as incredible as it sounds, if Donald Trump decided to nuke Pyongyang he can, and in fact there is a military aide who follows him around 24/7 with a briefcase that is designed to help him do just that in seconds.

Scholars who study the Cuban Missile Crisis almost universally emphasize that in order to successfully navigate a similar emergency, leaders need to slow down events. If you respond with smaller measures in more increments time is gained to better understand what is happening and to find new options. Trump is doing the opposite, leaping forward with each new bellicose tweet, and proving he has no instinct for crisis management. He seems to have learned negotiation tactics from Quentin Tarantino, not Arthur Schlesinger Jr.

Perhaps, we can take a small amount of solace from the hope neither Kim Jong Un nor Trump are irrational. There is a misperception that the North Korean dictator, like his father before him, is mad. This is easy to conclude, when you consider the outrageous statements regularly issued by his government. But there is a consensus among foreign policy experts that this seemingly erratic and bellicose behaviour is calculated to extract as many concessions from the international community as possible. In essence, Pyongyang believes the madman act keeps the outside world off-balance and more willing to just ship them more wheat instead of testing how crazy Kim really is.

The U.S. president is also a rational actor, but one who is following a unique logic. Trump has demonstrated for decades he can always be counted on to act in his own best interest. And he defines best interest as whatever makes him look good. The risk here is that anything that looks like “backing down” will be seen as personal defeat for Trump, something he might try to avoid at all costs (the emphasis on ‘all’).

The great irony here is that the Russians may provide the best solution to a crisis that any previous president would have avoided. They, with China, are proposing a “double freeze” to cool tensions—a pledge by North Korea to stop missile tests in return for the United States halting military exercises. But the only lasting solution to this current crisis, and the others that will inevitably follow, is the removal of Donald Trump. The silver lining in this unnecessary crisis is that it may further erode Trump’s support within the Republican Party, and accelerate efforts to remove him from office.