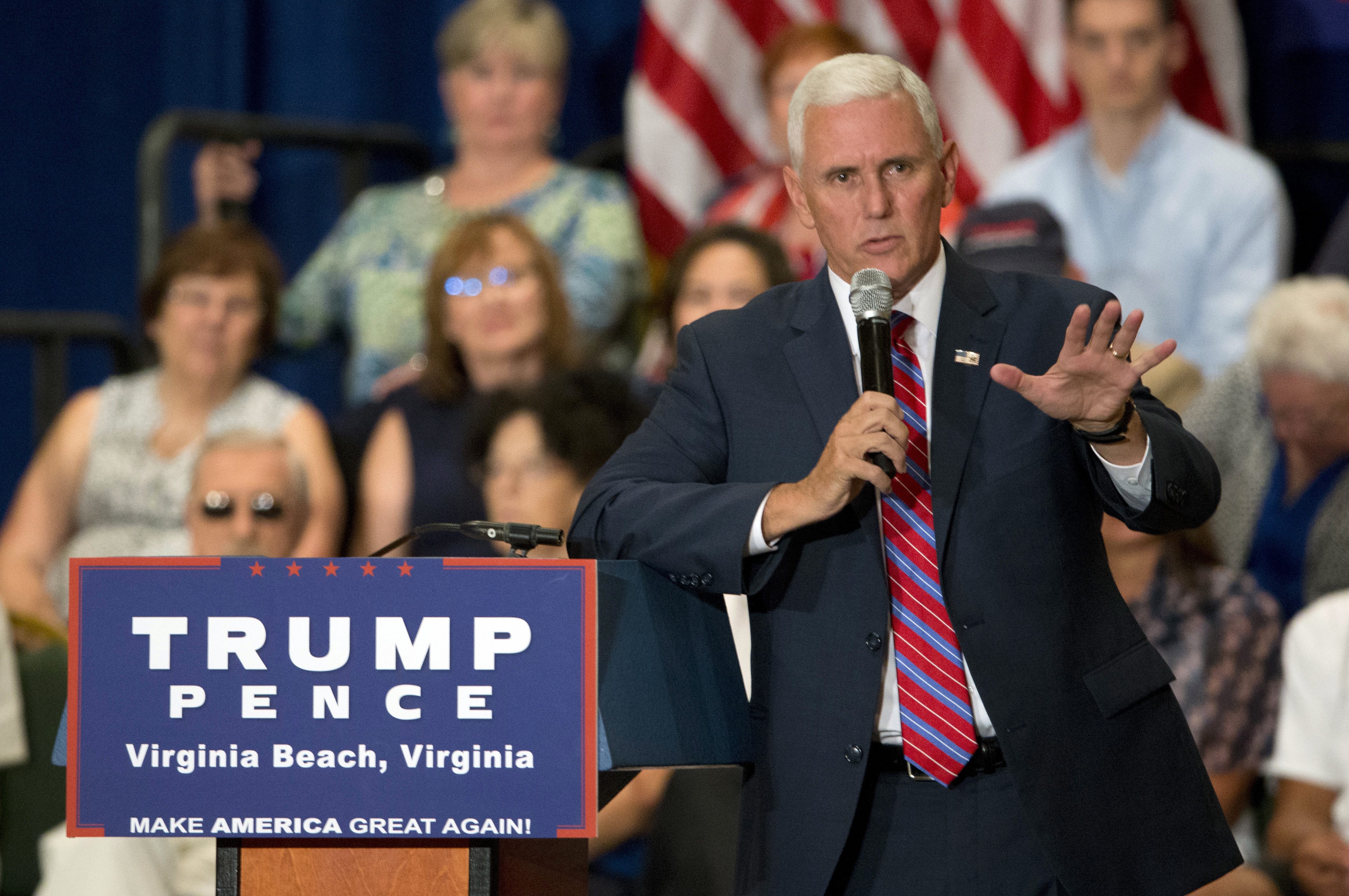 INDIANAPOLIS—A federal appeals court on Monday dismissed as “nightmare speculation” Indiana Gov. Mike Pence’s fears that Syrian refugees could commit acts of terror, siding with a judge who blocked Pence’s order seeking to prevent agencies from helping resettle the immigrants in the state.

The ruling by a three-judge panel for the 7th U.S. Circuit Court of Appeals in Chicago affirmed a preliminary injunction that a federal judge in Indianapolis issued in February. That judge found last year’s order by the Republican governor, now Donald Trump’s running mate, “clearly discriminates” against refugees from the war-torn nation.

Pence was among dozens of governors from mostly GOP states who attempted to block Syrian refugees following the terror attacks last November in Paris, saying there were questions about the federal government’s refugee screening process. The suspects in those attacks were primarily from France and Belgium; GOP leaders, including Pence, noted that a Syrian passport, now believed to be fake, was found near one of the suicide bombers.

But the appeals court, which subjected Indiana’s solicitor general to unusually fierce questioning during arguments before the panel in September, said in Monday’s ruling that federal law does not allow a governor “to deport to other states immigrants he deems dangerous.”

The decision also said Indiana’s briefs in the case had provided “no evidence that Syrian terrorists are posing as refugees or that Syrian refugees have ever committed acts of terrorism in the United States.”

“The governor of Indiana believes, though without evidence, that some of these persons were sent to Syria by ISIS to engage in terrorism and now wish to infiltrate the United States in order to commit terrorist acts here. No evidence of this belief has been presented, however; it is nightmare speculation,” the appeals court wrote.

The American Civil Liberties Union of Indiana had sued Pence in November on behalf of Exodus Refugee Immigration, contending that the governor’s action wrongly targets Syrian refugees based on their nationality and violates the U.S. Constitution and federal law.

The ACLU of Indiana’s legal director, Ken Falk, said the appellate court’s decision backs up the plaintiffs’ contention that Pence “may not constitutionally or legally discriminate against a particular nationality of refugees that are extensively vetted by the federal government.”

Indiana’s attorney general’s office said in a statement that it would review the ruling and decide what its next steps will be in the case.

Pence spokeswoman Kara Brooks said the governor had “the safety and security” of Indiana residents in mind when he issued his order. That order, she said, was prompted by the Paris terror attacks and because the FBI and the Department of Homeland Security had “acknowledged security gaps with regard to screening refugees from Syria.”

Courts have blocked other states’ efforts to block Syrian refugees, including in June, when a federal judge threw out the state of Texas’ lawsuit because it had no authority over resettlements handled by the federal government.