Liberal Party-led coalition needs at least 76-seat majority in the House of Representatives; it had controlled 90 seats before the election 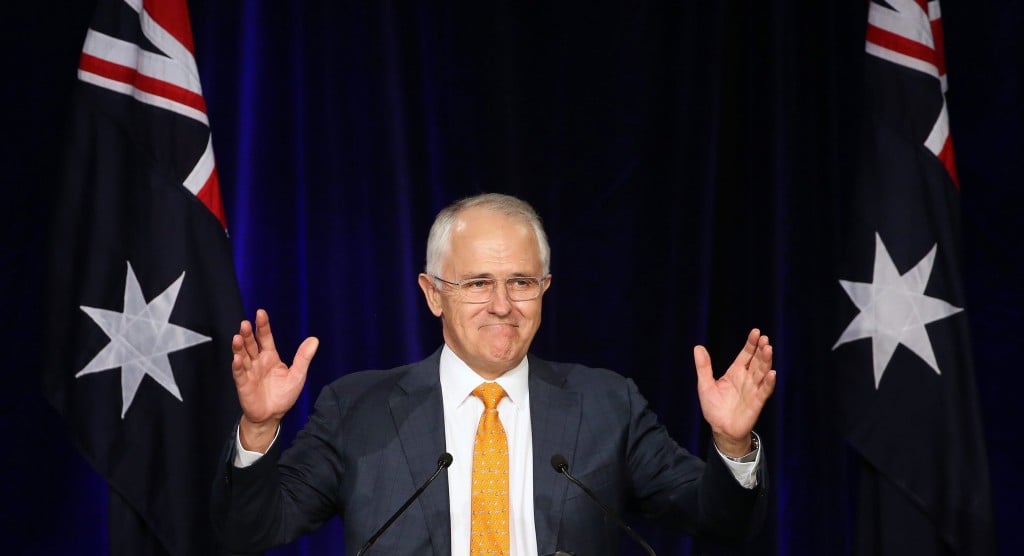 CANBERRA, Australia – Australia’s conservative government increased its narrow lead over the opposition in vote counting on Thursday after weekend elections turned out too close to call.

Prime Minister Malcolm Turnbull was travelling to Australia’s remote northeast for talks Thursday with maverick independent lawmaker Bob Katter to discuss what demands Katter might make in return for supporting a minority government if the count ended with only Australia’s third hung parliament in more than a century.

“I am very confident, very confident indeed that we will form … a majority government in our own right, but I am, of course, talking to the crossbenchers as well,” Turnbull told reporters in Katter’s homes state of Queensland.

“But so far the counting trends are very positive from our point of view,” he said.

Turnbull’s Liberal Party-led coalition needs at least a 76-seat majority in the House of Representatives, where it had controlled 90 seats before the election.

The Australian Electoral Commission put the coalition ahead in 74 seats, Labor in 71, and the minor parties and independents were leading in five seats. Mail-in and absentee votes that are still being counted days after Saturday’s vote are favouring the conservatives.

Australian Broadcasting Corp. election analysts – considered among the most reliable – were forecasting that the coalition had 72 seats, Labor 66, with the minor parties and independents leading in five seats. Another seven seats are still in doubt.

Bill Shorten, who leads the centre-left Labor Party, said Wednesday that if Turnbull clung to power, he would still have to deal with the most conservative lawmakers in his party who are angry that Turnbull, a moderate, had ousted his predecessor Tony Abbott in an internal leadership ballot less than a year ago.

Turnbull would also have to deal with a more fragmented Senate, which includes One Nation party founder Pauline Hanson, a conservative firebrand denounced by major parties who opposes Muslim and Asian immigration as well as free trade. With no party holding a majority in the Senate, the next government might have to do deals with Hanson and other independents to get contentious legislation passed.

Turnbull said he had no plans to meet Queensland-based Hanson while he was in her state on Thursday.

“I think he did a very competent job. I do have faith in him. I think he’ll be a great prime minister should he get over the line as I hope we will,” Bishop said.

“I’m looking forward to a Parliament where we can work closely with the independents in the House of Representatives and in the Senate whether we form a majority government or minority government,” she said.

If the government falls short of a majority, Governor-General Peter Cosgrove will give Turnbull the first chance to form a minority government with the support of one or more independent lawmakers.

If Turnbull can’t, then Shorten will be given a chance to form a minority government. If neither side can form a government, then another election will be held.