Brian Bethune reports from Rome as the conclave begins

There are only so many ways Canadians get internationally famous.

There’s hockey, of course, and that guy up in space, and a teenage pop star. But the best-known Canadian name around the world right now may belong to a cardinal of the Roman Catholic Church.

In St Peter’s Square the night before the conclave to choose a successor to Pope Benedict XVI was to begin, there were three sorts of people milling around, and the ordinary faithful were the fewest in number. The police presence was massive, large enough to be the group most at risk from nuns—easily the most aggressive drivers in Vatican City if not in Rome—flying around in tiny cars.

Most of the cops were engaged in reading their smartphones—in Toronto public safety campaigns are directed at texting-distracted drivers, here they must lose distracted pedestrians in large numbers—or keeping a bored eye on the metal detectors the cardinal electors will pass through on their way to the Sistine Chapel. But both groups were outnumbered by the media staking out prize positions, some from unexpected places, like a Korean wire service or New Delhi TV.

They’re all happy to talk to a Canadian journalist, mostly because they’re down the media pecking order—a telegenic Portuguese-speaking priest with a sizeable entourage took up serious acreage for his interview—but partly because any given Canadian just might know Cardinal Marc Ouellet.

“Your cardinal stands a chance,” exclaims Indian reporter Noupur Tiwari of NDTV, a veteran of papal conclaves—she was here in 2005 for the election of Pope Benedict XVI. Then there were only two Indian cardinals; now there are five, all of voting age. (“There’s just the one Korean,” throws in a clearly unhappy South Korean journalist, “and he’s too old.”)

Interest in India is high, continues Tiwari, because of the rising number of cardinals and Indian Catholics, now 18 million strong), a relatively new female Indian saint and Mother Teresa’s ongoing canonization process. But especially because of the widespread feeling that this might be the moment the papacy leaves European hands for the first in 1,300 years. If it does, they’ll have much bigger entourages next time around. 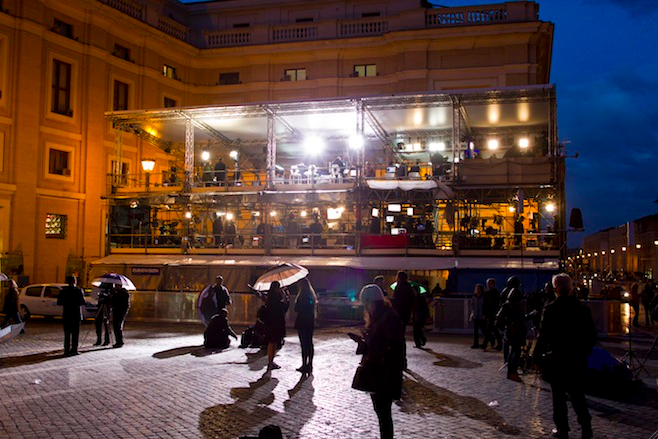