The public theatre of the Bill Cosby trial

When Cosby arrives in court to face charges from one of his accusers, he'll be stepping into a spectacle, the biggest of his life 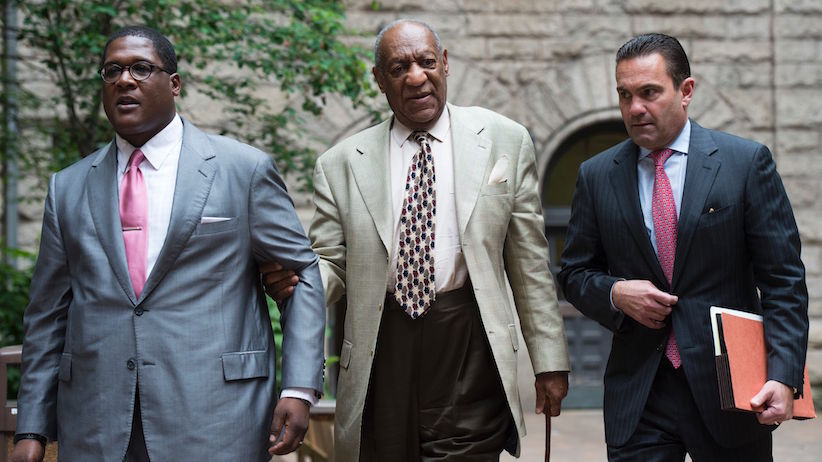 Criminal cases are built on evidence carefully gathered in discovery and witnesses’ sworn testimony. But justice is a human endeavour, which makes it subject to optics—court theatrics designed to trigger an emotional response or bias. It’s why defence lawyers want their clients’ family in the courtroom. It’s why O.J. Simpson’s lawyers famously had him wrestle to get the glove that didn’t fit onto his hand so the court would acquit.

Count on such optics to feature prominently in Bill Cosby’s criminal trial, which begins in Norristown, Penn. on Monday morning. We’re already seeing it. Today, came news Cosby will have the support of two “wives” when he faces off against complainant Andrea Constand. First, Camille Cosby, his spouse of more than 50 years who has steadfastly defended her husband against 58 women saying he drugged and sexual assaulted them—while acknowledging he engaged in consensual extramarital sex. More significant, in terms of public optics, will be the presence of Phylicia Rashad, the actress best known as Cosby’s fictional TV wife Claire Huxtable on The Cosby Show. That top-rated NBC comedy about an affluent, loving African-American family ran from 1984 to 1992; it cemented Cosby in public imagination as an upstanding family man. (Rashad went on to play another Cosby wife: Ruth Lucas on Cosby which ran from 1996 to 2000.) Rashad has defended Cosby publicly. In a 2015 interview, as more women were coming forward, she dismissed them as a smear campaign: “I think it’s orchestrated, I don’t know why or who’s doing it, but it’s the legacy,” she said. “And, it’s a legacy that is so important to the culture. Someone is determined to keep Bill Cosby off TV, and it’s worked.”

Vestiges of the show that made Cosby “America’s Dad” have already quietly figured in the case. Take, for instance, an unshaven Cosby wearing a sweater to his Dec. 2015 arraignment. It’s an unusually informal choice, particularly for a very rich man. But the colourful sweaters worn by Cliff Huxtable became a beloved Cosby trademark, so much so that in July 2014, after more than a dozen women accused Cosby of raping and drugging them, CNN ran a heartwarming piece on the “Cosby sweater,” including links to a related blog and Tumblr account run by young women. The fact Constand gave Cosby a sweater as a gift in 2004, after the alleged assault took place, is also destined to come up in her cross-examination.

When Cosby wore suits to pre-trial hearings, they appeared to be off-the-rack, not impeccably tailored. He also tended to favour brown suits, not the darker varieties associated with male power, executive and otherwise. Such optics matter in cases of sexual assault and rape; these are crimes about power, not sex. There’s been a notable denuding of the authority and power Cosby, a star since the 1960s, once wielded in Hollywood. The court will be reminded of that by the other witness allowed to testify for the prosecution: this woman, identified as “Kacey” in the past, reported in 2005 that Cosby drugged and assaulted her at Hotel BelAir in 1996. At the time, she was an assistant for Cosby’s then agent at William Morris; she quit her job after reporting the assault to both her boss and HR; no action was taken.

NBC, which broadcast The Cosby Show and Cosby, will also figure in the nexus of Cosby power optics. (In 1992, at the peak of that power, Cosby made an unsuccessful bid to buy the network from General Electric; his wealth at the time was estimated at $300 million.) It’s expected Cosby’s lawyers will try to paint Constand, who had testified Cosby was a friend and mentor, as aggrieved that he failed to help her land a broadcasting gig with NBC at the 2004 Summer Olympics—and that is why she went to police. Recent reports suggest Cosby has lost all of his influence at NBC. One claims the network blocked Cosby’s team’s attempt to arrange a sit-down interview with NBC anchor Lester Holt.

Cosby, now 79, has been presented as a feeble old man, a threat to no one. According to one report, he’s blind and homebound. At pre-trial hearings, two people were seen assisting him into court. One report suggests he’s paranoid, and that’s why he traveled from his suburban Philadelphia home by private plane every day to court instead of staying in a hotel: he’s afraid his food or drink will be poisoned. There’s horrible irony in a man accused of drugging and assaulting close to 60 women living in fear of a spiked drink. Yet it also suggests a cosmic penalty has already been meted out, no need for judicial retribution. That’s why tomorrow, when Cosby arrives in court to face charges from only one of those accusers, he’ll also be arriving at a theatrical spectacle, the biggest of his life.