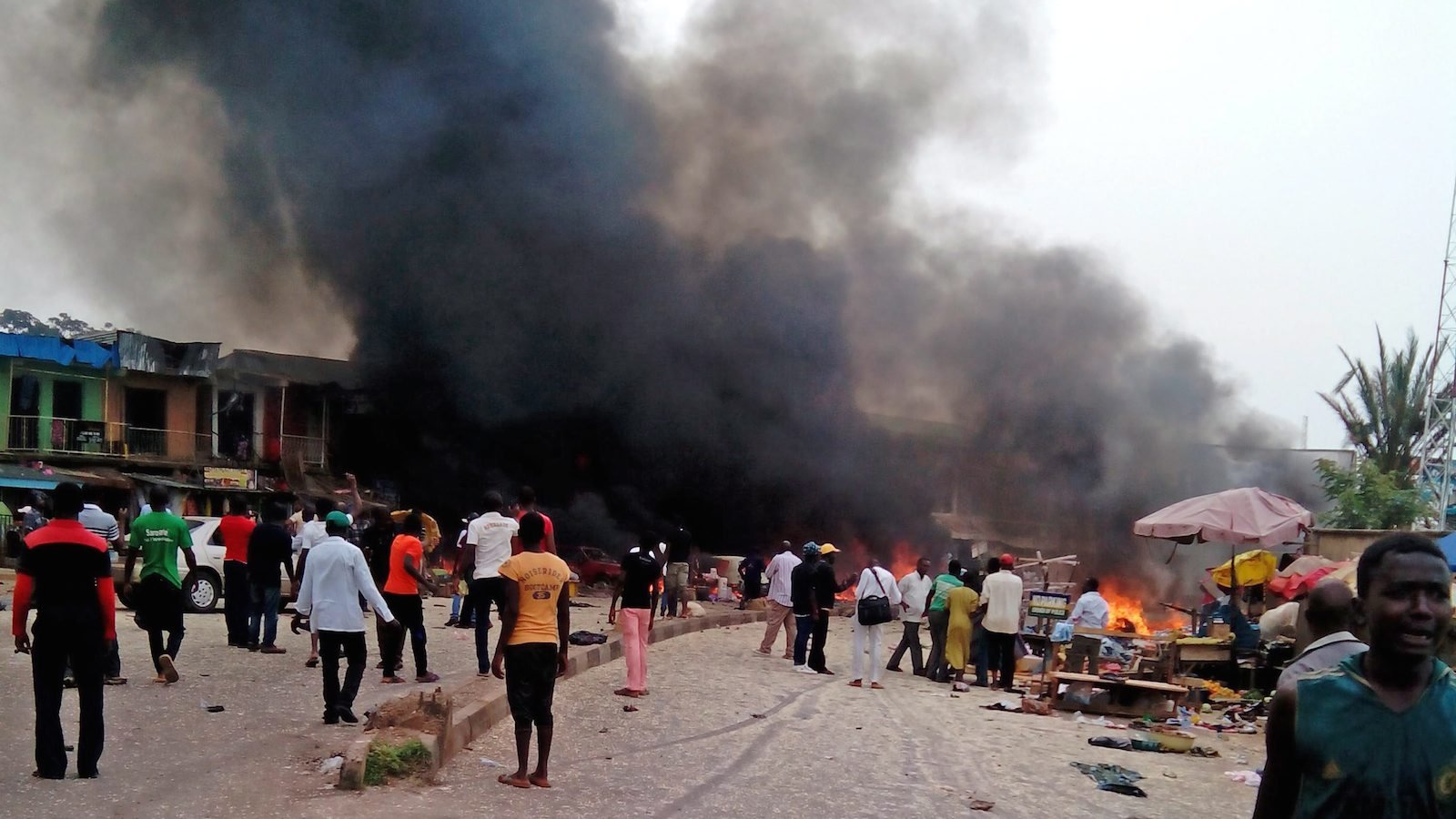 JOHANNESBURG — Survivors of an assault by Islamic militants that killed hundreds of civilians in Nigeria have described days of relentless violence in which, one witness said, some people were slaughtered “like insects.”

The accounts, reported by Nigeria’s Premium Times newspaper, were given by villagers who fled the carnage in and around Baga, a town in Borno state that lies in the northeastern corner of Nigeria near the border with Chad. The killing unfolded over several days after Boko Haram fighters seized a key military base there on Jan. 3 in a surge of insurgent activity.

U.N. chief Ban Ki-moon as well as the United States and other countries have condemned the Baga bloodshed, which highlights the increasingly brazen tactics of an insurgent movement that holds large swaths of territory in Nigeria’s northeast as well as the inability of the Nigerian security forces to respond effectively. President Goodluck Jonathan is running for re-election in Feb. 14 elections, but it is unclear how voting can proceed in areas under Boko Haram’s sway.

Boko Haram is also suspected of using a 10-year-old girl to detonate a bomb at a market in Maiduguri on Saturday, killing at least 10 people and seriously injuring others. The bomb exploded after explosives were found under the girl’s clothing during a search, according to witness accounts.

Insurgents have also been implicated in deadly bombings in Potiskum in northern Yobe state, which is adjacent to Borno. One bomb targeted a police building.

Yahaya Takakumi, a 55-year-old farmer, told the Premium Times that he escaped from Baga with one of his wives and spent four days travelling to safety through the bush, but does not know the whereabouts of four of his children, his second wife and his elder brother, a blacksmith in Baga.

“We saw dead bodies especially, on the islands of Lake Chad where fishermen had settled,” the newspaper quoted Takakumi as saying. “Several persons were killed there like insects.”

Boko Haram fighters lay in ambush along the water and opened fire on vessels carrying fleeing residents, Takakumi said. He and other survivors fled to Maiduguri, the capital of Borno state.

Another survivor, Ibrahim Gambo, told Premium Times that he did not know what happened to his wife and daughter. The 25-year-old truck driver said he was part of a civilian militia that initially fought Boko Haram gunmen but was eventually overpowered after promised help from the military did not arrive.

“We came across many dead bodies, some in groups and others by themselves in the bush,” Gambo said. “I saw dead children and women, and even a pregnant woman with her stomach slit open.”

Amnesty International has described the killing at Baga as possibly the deadliest attack in the history of Boko Haram, which was founded more than a decade ago.

“We’re still working to try and find out exactly what happened and how many were killed,” said Daniel Eyre, Nigeria researcher for the human rights group. Thousands of people fled their homes around Baga, and some crossed the border into Chad, he said.

Boko Haram has remained in “continuous control” of Baga since it attacked on Jan. 3, Eyre said.

The Nigerian military said in a statement that 14 soldiers were killed and 30 were wounded in the Baga attack, and that it was making a plan to restore “law, order and normalcy” to the area.