The bill will now go to the House of Lords, which could delay its passage into law, but not derail it 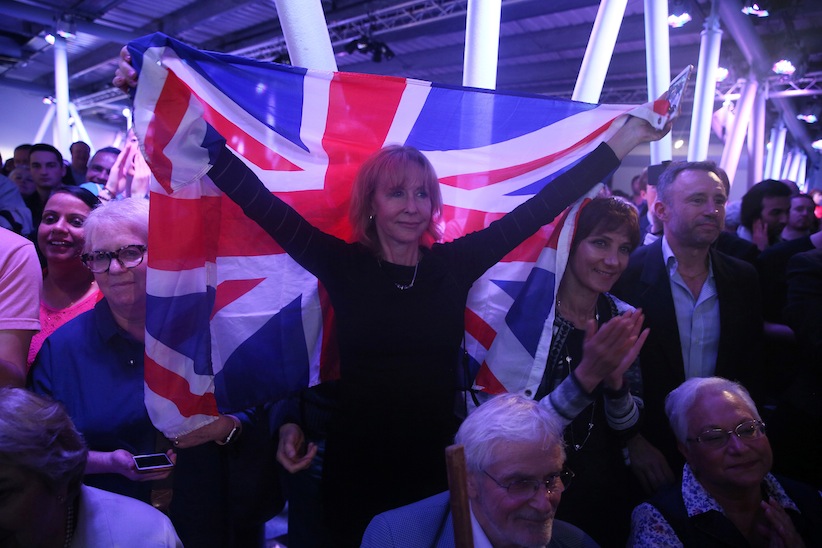 LONDON – Britain’s House of Commons gave its final approval Wednesday to a bill authorizing the government to start exit talks with the European Union, despite fears by opposition lawmakers that the U.K. is setting out on the rocky path to Brexit with a sketchy roadmap.

As the votes were being tallied, a few pro-EU legislators whistled Beethoven’s “Ode to Joy,” the bloc’s anthem. But the decisive 494-122 result was another big step on Britain’s road to the EU exit door.

The bill now goes to the House of Lords, which has the power to delay – but not to derail – the legislation; it should become law within weeks.

Lawmakers had backed the bill by a 498-114 margin during an earlier vote last week, so Wednesday’s result by a similar margin was not a surprise.

It came after three days of debate in which opposition lawmakers tried to pass amendments guaranteeing Parliament a bigger role in the divorce process and setting rules for the government’s negotiations with the 27 other EU nations.

RELATED: When it comes to trade, the U.K. is stuck in the past

Pro-Brexit Conservative Iain Duncan Smith said that “tonight we have started the process of delivering on … what the people wanted.” But Liberal Democrat leader Tim Farron, who opposed the bill, vowed to fight on.

“In a democracy, you respect the result but you do not wave the white flag and give up,” he said.

Pro-EU lawmakers had hoped to prevent an economy-shocking “hard Brexit,” in which Britain loses full access to the EU’s single market and faces restrictions or tariffs on trade. One amendment would have committed the government to continuing tariff-free trade with the EU; another sought to guarantee the residency rights of EU citizens already living in Britain; another called for a new referendum on the eventual divorce terms.

All were defeated, as pro-EU lawmakers from Prime Minister Theresa May’s Conservative Party backed the government despite their reservations.

But the government appeared to bow to opposition pressure by promising lawmakers they will get to vote on an exit deal before it is finalized by the bloc.

“We do expect and intend that that will happen before the European Parliament debates and votes on the final agreement,” May said Wednesday.

Some pro-EU lawmakers say the promise does not go far enough. They say the vote would be meaningless unless Parliament is given the power to send the government back to the EU negotiating table. Otherwise, rejecting the deal could mean chaotically forcing Britain out of the bloc without any new arrangements in place.

Labour Party Brexit spokesman Keir Starmer said opponents of Brexit “haven’t got everything we wanted” but are “chipping away” at the government’s position.

RELATED: Why social activists should think like venture capitalists

The government didn’t want to let Parliament debate the bill that passed Wednesday at all. It was forced to introduce the legislation after a Supreme Court ruling torpedoed May’s effort to start the process of leaving the 28-nation bloc without a parliamentary vote.

Most British lawmakers backed the losing “remain” side in last year’s EU membership referendum, but voted to trigger Brexit out of respect for voters’ wishes.

The debate has caused ructions in the largely pro-Europe Labour Party, the largest opposition group in Parliament. Party leader Jeremy Corbyn ordered Labour lawmakers to back the bill, but more than 50 rebelled, including business spokesman Clive Lewis. Lewis resigned from Labour’s senior Commons team after denying his leader, whose job many party members believe he covets.

The bill is likely to face further challenges in the House of Lords. Pro-EU peers there – who are appointed for life and don’t have to worry about re-election – are likely to seek new amendments. But any changes they pass would have to be approved by the Commons.

The government wants to pass the bill through Parliament by early March and trigger Article 50 of the EU’s key treaty – starting a two-year divorce process – by March 31.