As Brexit negotiations drag on, the country faces dire consequences 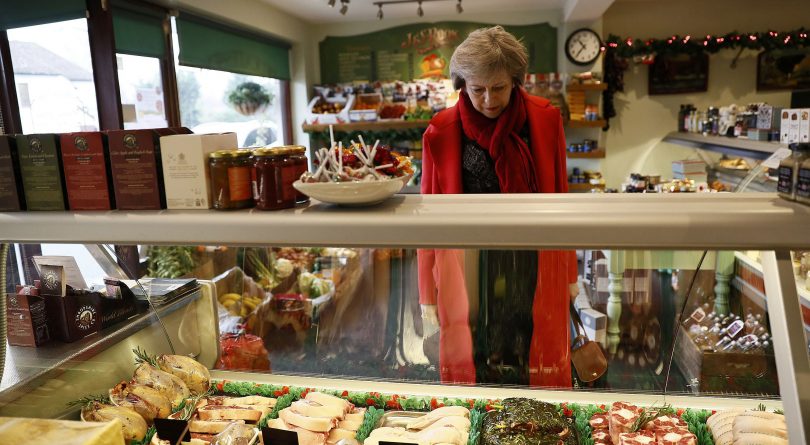 In November, eight of the United Kingdom’s largest health care providers banded together to warn they would be unable to prevent drug shortages in the event of a no-deal Brexit. “We do not believe that the current medicine supply plans will suffice, and we will have widespread shortages if we do not respond urgently,” they wrote in a letter to Matt Hancock, the U.K.’s secretary of state for health. They cited a lack of investment, planning and infrastructure as the reasons for concern.

The U.K.’s food and agriculture industry is also worried about a sudden catapult out of the European Union. Roughly 90 per cent of all plants purchased in the U.K. (including those for greenhouse produce) are purchased from abroad—the vast majority from Holland. But a hard Brexit would instantly result in those plants being severely delayed. As one Dutch farmer recently told the website Politico, “I am expecting complete chaos at the border. Brexit will be disruptive for my business and the Dutch horticultural sector as a whole.” If it’s that bad in Holland, just imagine the view from the other side of the English Channel.

Chaos doesn’t even begin to describe the scenarios being proposed by the looming—and increasingly not-absolutely-impossible-looking—prospect of the U.K.’s abrupt ejection from the EU without a formal agreement between the two sides. As the country teeters just a few months away from the March 2019 Brexit deadline, the pound has plummeted and doomsday scenarios abound.

With Prime Minister Theresa May struggling to get approval from Parliament on a proposed deal, the country is preparing for the worst. Go on any British diabetic chat forum and you will see fervent discussions on whether to hoard insulin in case supplies dwindle (the short answer: yes). And big pharma companies like Pﬁzer and AstraZeneca have announced spending of £100 million and £40 million respectively on “Brexit prep” to help secure their supply chains in the event of a major disruption.

Meanwhile, the BBC ran a story about a cold-storage warehouse in Cardiff that has run out of space due to food supplies being stockpiled by major companies. Food stored in the warehouse includes everything from raw ingredients from around the globe to ﬁnished “ready meals” from Welsh suppliers that are ready to go into shops. According to the ﬁrm, the warehouse is currently storing 1.75 million turkey crowns, 7,000 pallets of cakes, 4,000 pallets of ready-to-eat desserts and plenty of fruit juice and mozzarella sticks—in case of rationing.

A spokesperson for the U.K.’s Food and Drink Federation said there won’t be shortages, but if there are, no one’s going to starve. “We will not run out of food and drink in a ‘no-deal’ scenario, but there is potential for serious disruption to supplies, and this would have implications for product availability and consumer choice.” In other words, there will be food—we just don’t know what kind of food or how much.

The British government, while eager to quell fears about food and medication shortages, has been undertaking emergency planning of its own. The BBC revealed that the government has spent £5.5 million keeping Manston Airport in Kent available as an enormous parking bay for big-rig trucks in the event that services across the Channel are disrupted.

Scotland Yard, meanwhile, has spent £2.4 million setting up a no-deal Brexit “safety net unit” after the Home Ofﬁce reportedly ignored its warnings that a hard Brexit would threaten the U.K.’s domestic and national security.

There is no question that Brexit—no matter how it goes down—is going to be expensive. At last count, the government had spent £4.2 billion on Brexit preparations (£2.2 billion in previous budgets, plus another £2 billion in the most recent one).

But will it be an unmitigated disaster? No, according to Jacob Rees-Mogg. An anti-single market extremist, the Tory MP is in favour of a hard Brexit, insisting it will be good for the country. “We will have control of goods coming into this country. We will set our own laws, our own policies, our own regulations. And therefore we will determine how efﬁcient the border is coming into us,” he said in a recent TV interview.

If it comes down to a hard Brexit, Britain will either ﬁnd itself in the midst of an unmitigated economic disaster or a relaxing and fun trip backwards in time. And while the TV rhetoric points in one direction, the actual preparation suggests otherwise.