An interview with University of Ottawa's Jennifer Bond 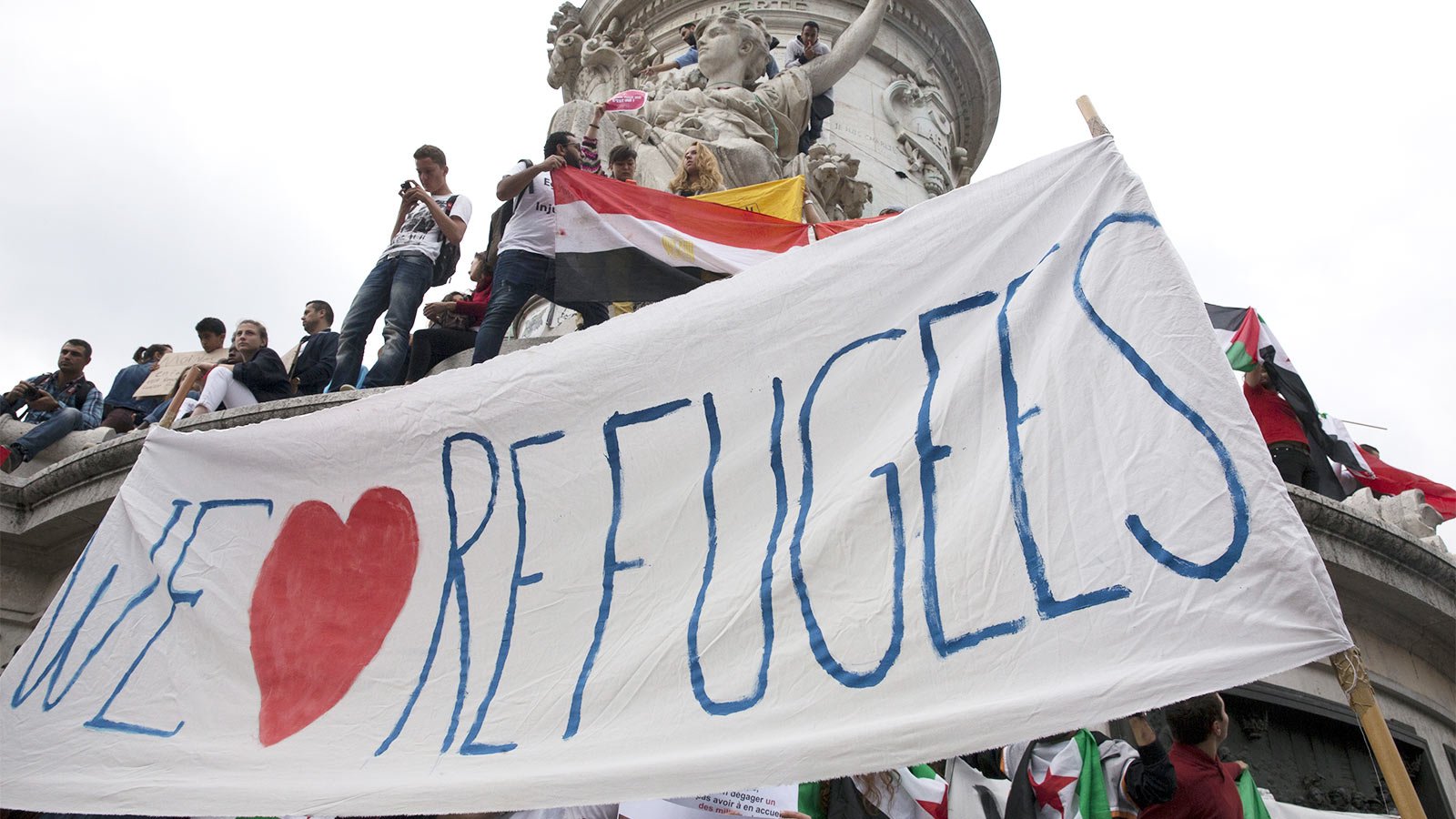 People hold a banner that says “We love refugees” as they take part in a demonstration asking for a change in the refugee policy in Europe on the Republique square in Paris, France, September 5, 2015.Philippe Wojazer/Reuters

For Jennifer Bond, a law professor at University of Ottawa, the Syrian refugee crisis isn’t remote from personal experience. Back in 2008-09, in far calmer days for Syria, she worked in Damascus for the United Nations High Commission for Refugees.

Bond is now faculty director of  the Refugee Hub, the University of Ottawa law school’s centre for refugee law and policy. Through it she is spearheading the Refugee Sponsorship Support Program, which started out as a practical way to link legal expertise with private groups in Ottawa hoping to sponsor Syrian refugees coming to Canada, and is now being extended—rapidly—to cities across Canada.

Bond spoke to me this week in Ottawa about the remarkable demand for the services of the fast-growing program among Canadians who—troubled by daily news from the eastern Mediterranean of a massive humanitarian catastrophe—want to help: