Britain, Brexit and the fight over spaghetti bolognese 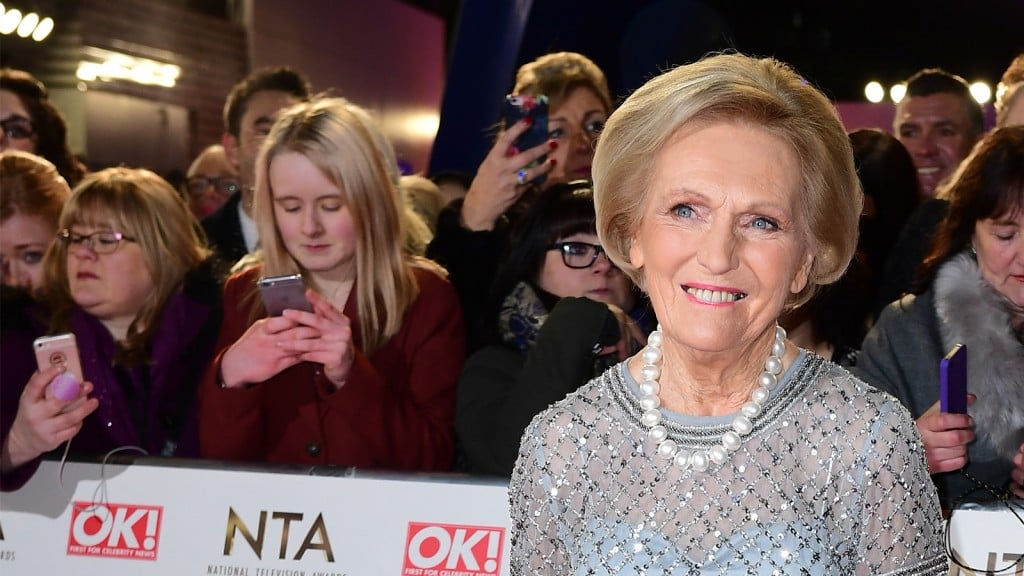 If you could bottle the Brexit debate and sell it, would it taste like Mary Berry’s bolognese?

This was the question swirling in British press most of this week as the usual lugubrious economic headlines were overtaken by a boisterous national argument about the correct way to make spaghetti sauce.

In her new TV cooking show, Mary Berry Everyday, on BBC2, the much-loved former Great British Bakeoff Host shocked the nation (or at least social media) by broadcasting what many declared a sacrilegious take on that childhood favourite: pasta with meat and tomato sauce. The issue boiled down to two apparently controversial ingredients—white wine and double cream—two liquids, ironically, which the British consume in vats.

The reaction on Twitter was instantaneous. “Just watched a cooking program where Mary Berry put white whine in bolognese. Turned it off. #shudders,” read one early Tweet. Another declared: “I love Mary Berry, but white wine in a bolognese sauce? No. It has to be red.” Other viewers seemed more upset by the cream and even the cooking method, which involved the sauce being finished in the oven.

MORE: All of our Brexit coverage in one place

By the time most of the country had woken up the following morning, the top trending news alert from the Daily Telegraph read, “Shocked and appalled: Mary Berry’s weird bolognese recipe leaves viewers stunned.” Then the tabloids turned up the heat bringing debate to a boil. “Mary Berry faces backlash over bizarre spaghetti Bolognese recipe,” read The London Evening Standard while the Mirror took the side of Britain’s national sweetheart and declared social media “the stomping ground for culinary condemnation.”

It might seem like a typical British media tempest in a crockpot, and a welcome distraction from the moribund economic and political news of the day but on closer inspection, the controversy was all about Brexit. Why? Because Mary’s Berry’s recipe was in fact a return to the traditional Italian classic, more commonly made with a long flat pasta called tagliatelle ragut.

Spaghetti bolognese (or “spag bol” as it’s affectionately known) is a British bastardization of the classic continental stalwart which, according to an “official recipe” compiled in 1982 by 450 chefs across Italy, is made from ground beef, pancetta, onions, carrots, celery, tomato paste, white wine, and milk—sometimes swapped for cream.

RELATED: When it comes to trade, the U.K. is stuck in the past

The great British spag bol debate did not begin with Mary Berry. In fact, it’s been quietly raging in sophisticated British kitchens for years. Last year, in fact, chef Antonio Carluccio (owner of a British chain of Italian restaurants) generated headlines at the Cheltenham Literary Festival when he lambasted British home cooks for watering down the food of his European homeland. “Spaghetti bolognese does not exist in Italy,” he said. “In Italy, it is tagliatelle bolognese with freshly made tagliatelle and bolognese without any herbs whatsoever.”

But the British have a long culinary tradition of adjusting (some would say ruining) classic international dishes to suit their own particular (some would say bland) tastes.

In fact, you might argue that churning out sweeter, blander  or just plainly incorrect versions of international classics is the definition of the modern British culinary tradition. Beef Wellington and Yorkshire puddings aside, the most typically British dish consumed in the country today is a take away curry, the most popular of which is chicken Tikki Masala—a sweet, mild tomato-based gravy that most South Asian cooks will tell you doesn’t really exist on the Indian sub-continent. Ditto “crispy duck with pancakes”—which is more popular in Plymouth than Peking.

In most cases the rest of the world is happy to ignore the British and leave them to their soggy egg rolls, curried egg sandwiches and watery Thai curries, but every once in a while a country of origin will sit up and protest what it views as an act of culinary colonization.

Last year, in fact, Jamie Oliver outraged much of Spain when he controversially included chorizo sausage in his recipe for paella. Spaniards were so up in arms they created a spoof twitter hashtag devoted to “new” versions of fish and chips, made with unappetizing ingredients like eggplant.

In this sense, Mary Berry upset the natural British order by daring to do her ragu sauce correctly. By adhering to Italian tradition over British bastardization just as her country preparing to break with the continent, Berry unwittingly struck a nerve. Or as one Twitter denizen put it, “It was a Brexit Bolognese. We don’t need the Italians to tell us how to cook any more. We’ve taken back control of pasta dishes.”