Britain’s wilful blindness to the horrors in Rotherham

What led officials to ignore Rotherham, the nation’s most shocking sex abuse scandal for more than a decade? 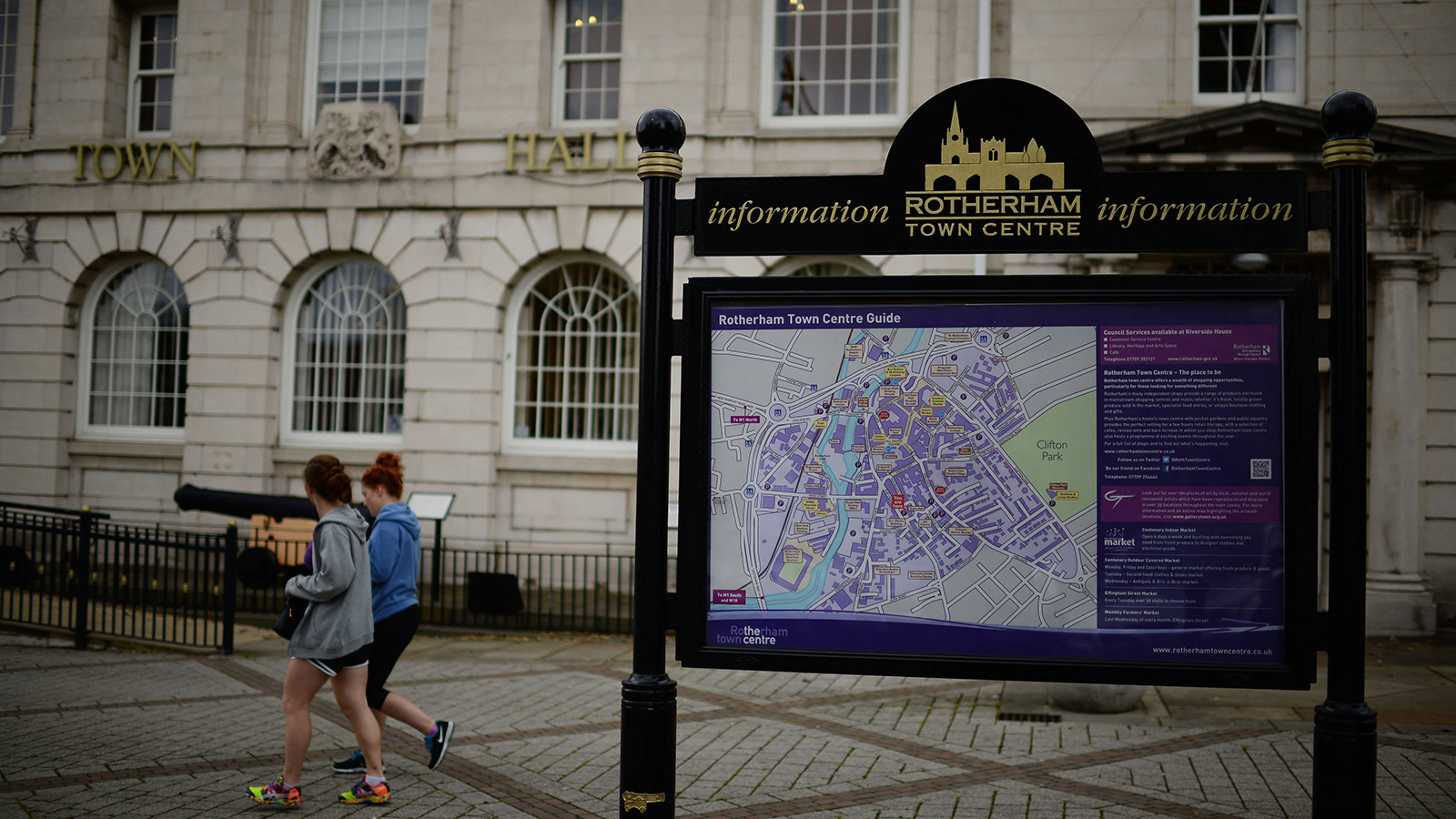 Of all the sex-abuse scandals that have plagued Britain in recent years (and there have been sadly too many to count), there hasn’t been one that compares to Rotherham. In this poor, post-industrial South Yorkshire town (pop. 270,000), rings of adult men, mostly from Pakistan, are believed to have trafficked and systematically abused more than 1,400 girls over a period of 16 years. Most of the victims were white, working-class, underage girls who lived in the community with their parents.

The terrible extent of this culture of exploitation—and the wilful institutional blindness that allowed it to thrive—was outlined in an extensive report published two weeks ago. The report, which is only the beginning of the renewed investigation into what went so wrong in Rotherham, after a two-year-long independent inquiry into child sexual exploitation, led by professor Alexis Jay, an authority on child welfare. The inquiry was commissioned as the result a lengthy investigation by the Times of London into allegations that the abuse scandal had been much more widespread than was previously understood. In 2010, five Pakistani-British men were convicted of abusing girls as young as 12 in Rotherham—a result that now looks to be barely scratching the surface of justice.

Reading the report, it is difficult to conceive of how such organized abuse could go on in contemporary Britain. The descriptions read like war crimes: Victims were “raped by multiple perpetrators, trafficked to other cities in the north of England, abducted, beaten and intimidated.” There were examples of children who had been soaked with gas and threatened with fire as well as menaced with guns. Tragically, though perhaps not surprisingly, many of the victims were already vulnerable to begin with. A third of them were already known to local child-protection services because of family neglect.

The most pressing question—how was this allowed to happen?—is finally becoming clear. An institutional culture of political correctness seems to have prevented authorities in government, social services and the police force from properly investigating complaints about groups of brown men abusing white girls. Local councillors who got wind of the abuse have admitted to sweeping it aside for fear of upsetting the powerful Pakistani Muslim voter base. Police simply refused to believe the parents and victims who came to them begging for help, and in many cases treated both the children and their complaints with utter disdain.

Earlier this month, Home Secretary Theresa May put the failure of justice down to “cultural concerns—both the fear of being seen as racist, and the frankly disdainful attitude to some of our most vulnerable children.” She added that such concerns “must never stand in the way of child protection.” Last week, May announced that Louise Casey, head of the government’s Troubled Families program, would conduct a separate investigation into the failure of child services in Rotherham and how it could be prevented from happening again. That investigation will be conducted alongside a separate probe by the South Yorkshire police into their own failures.

There has been some fallout, though it all seems fairly minor in contrast to the alleged crimes. Four Labour councillors were suspended by party leader Ed Miliband. In spite of this, Shaun Wright, the police commissioner for South Yorkshire, who was previously in charge of children’s services for Rotherham, refused to step down until Sept. 16. When he arrived last week at a meeting of the force’s police and crime panel he was booed by a crowd. The grandfather of a victim shouted, “If I had a gun, I’d shoot you.”

Victims and their advocates are deeply angered by a recent BBC report that there may have been an illegal cover-up. An unnamed Home Office researcher said after she had investigated alleged sex-grooming complaints in 2002, her office had been raided and her Rotherham files stolen. Martin Kimber, the local authority’s scandal-plagued outgoing chief executive, admitted to the parliamentary committee that while he knew of three separate reports that had been written up in 2002, 2003 and 2006, he had not been able to find them in the council’s archive despite a lengthy search.

Despite all this—or indeed perhaps because of it—no new charges have been laid. Jason Harwin, the district commander for Rotherham, apologized publicly to the overlooked victims, promising that his staff would “relentlessly go wherever the evidence takes them and do everything they can with partners to identify offenders and bring them to justice.”