Couple will stay in Kaziranga until Thursday, when they will make a one-day trip to neighbouring Bhutan 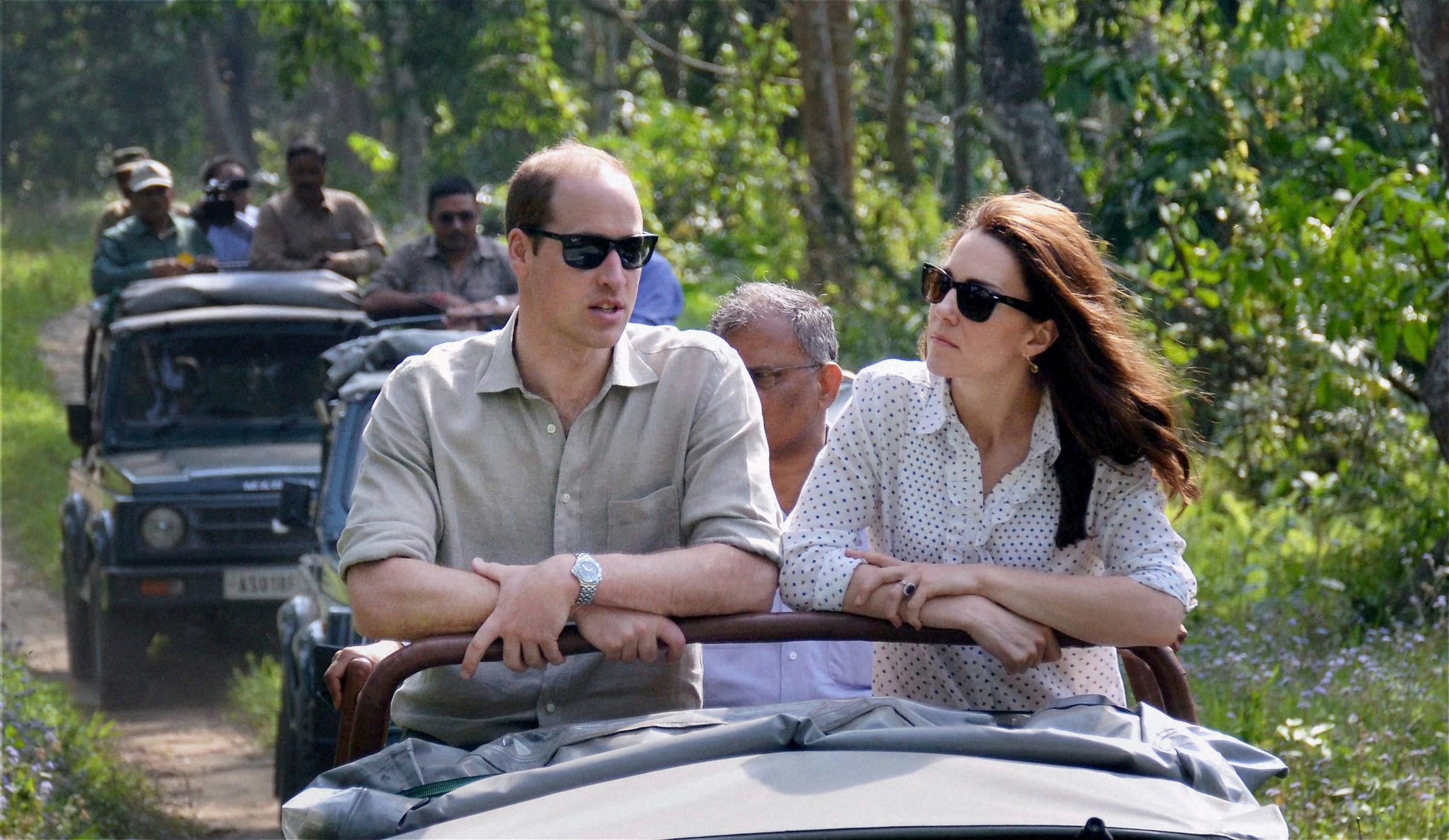 KAZIRANGA NATIONAL PARK, India — After a night of traditional music and dance, The Duke and the Duchess of Cambridge, headed out in a jeep Wednesday morning into the wilds of remote northeast India for a wildlife safari to see rhinos, elephants and more.

Dressed in cotton casuals, the British royal couple looked relaxed as they sat in the back of the open jeep driving through park during the hot and humid morning, local resident Ranjit Rajak said.

Prince William and his wife, the former Kate Middleton, spent several hours at the Kaziranga National Park in hopes of drawing attention to the plight of endangered animals, including the park’s 2,200-population of a rare, one-horned rhinos.

The animals are under threat from wildlife poachers and habitat loss. Already this year, six rhinos have been killed for their horns, after 20 were poached in 2015.

The royal couple was joined by a park official acting as a guide on a tour across dirt tracks, tall grasslands and thick evergreen forest.

They met a group of forest rangers and wildlife wardens at an anti-poaching camp inside the 480-square-kilometre (185-square-mile) reserve, which is also home to other endangered species including swamp deer and the Hoolock gibbon.

V.S. Bhaskar, a top Assam state government official, said the royal couple saw rhinos, wild boars, buffalos, hog deer and a variety of birds. “They enjoyed the trip quite a lot. They were very happy,” he said.

Prince William asked the forest rangers about the conservation challenges they face, he said.

The rangers told him that the poachers were using sophisticated automatic weapons, whereas the forest guards had old rifles, which were being upgraded, Bhaskar said.

Prince William carried a khaki golf cap to shield himself from the hot sun.

Will and Kate had arrived Tuesday evening at the 12-cottage jungle resort where they stayed, and were entertained by a presentation of traditional Bihu dance. The Assamese New Year of Bihu began Wednesday, a time of song, dance and merry-making among most of the state’s 31 million people.

The prince tried to play a traditional bamboo jaw harp, a vibrating reed instrument, between his lips. “I need some more practice,” he told the group of musicians.

The couple have already visited Mumbai and New Delhi on a weeklong tour of India. They will stay in Kaziranga until Thursday, when they will make a one-day trip to neighbouring Bhutan.

William and Kate will then head back to India, where they’ll wind up their tour with a visit to the Taj Mahal, retracing the steps of a 1992 visit to the monument of love by William’s mother, the late Princess Diana.

The couple are travelling without their two children – 2 1/2-year-old Prince George and 11-month-old Princess Charlotte. They had taken George to Australia with them in 2014 on their last royal tour.