Explosions reported in Schaerbeek district during raid. Three people are in custody. 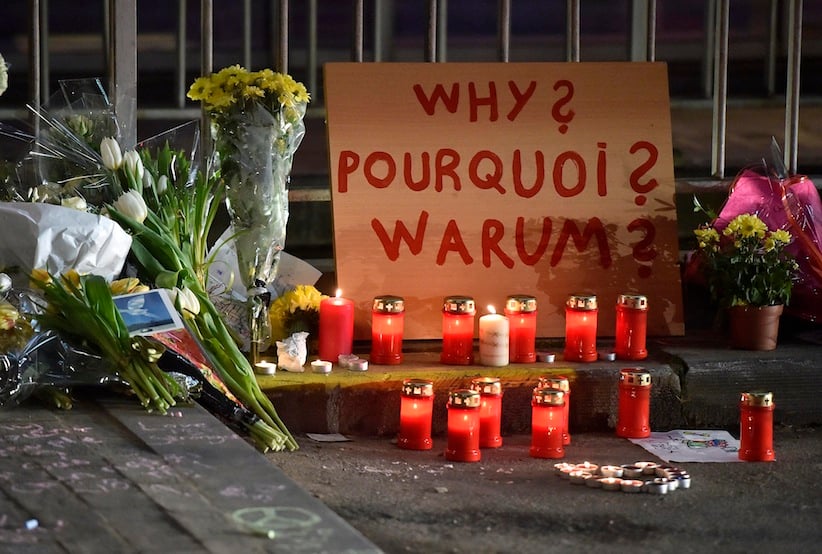 BRUSSELS — Police raided Brussels neighbourhoods Friday in operations described as linked to this week’s bombings as well as a suspected new plot in France. They detained three people and shot two of them in the legs, including one who was carrying a suspicious bag while accompanied by a young girl.

Gunfire and two explosions rang out in the Schaerbeek district, the same area where police had earlier found explosives and bomb-making material in an apartment used by the suicide attackers who killed 31 people and wounded 270 on Tuesday in the airport and subway.

The district also was raided Thursday night. Police also searched the Forest and Saint-Gilles neighbourhoods Friday, the Belgian federal prosecutor’s office said. Of the three people arrested, two were shot in the legs, it added.

The heavily armed officers wearing hoods began the operation about 1:30 p.m., when there were “two big explosions,” resident Marie-Pierre Bouvez told The Associated Press, and it lasted about two hours. It was not immediately clear if the blasts heard were controlled explosions.

A man who was seen sitting at a tram stop with a young girl was ordered by police “to put the bag far from him,” and after he did so, police shot him twice, apparently in the leg, said resident Norman Kabir. The girl was taken into safe custody, and a bomb-squad robot searched the bag, he added.

Schaerbeek district Mayor Bernard Clerfayt told RTBF the raid was linked to the Brussels attacks and Thursday’s detention in France of a man suspected of plotting a new attack.

Bouvez, a veterinarian, said police kept the area locked down and shouted at her to “get back inside” when she tried to go into the street.

On the third and final day of national mourning for victims of the attacks by Islamic militants, Prime Minister Charles Michel skipped a wreath-laying ceremony at the airport with U.S. Secretary of State John Kerry because of the police raids.

Kerry, in a hastily arranged visit, defended Belgium’s counterterrorism efforts despite a series of security and intelligence failures before the bombings.

Confirming that several FBI agents are involved in the investigation, Kerry said the “carping” about Belgium’s shortcomings “is a little bit frantic and inappropriate.”

Top members of Belgium’s embattled government are being criticized over its counterterrorism efforts since — and before — the Nov. 13 Paris attacks that killed 130 people and that authorities believe were plotted from Belgium.

Kerry also said the U.S. and other countries had already scheduled meetings with Belgium prior to the attacks about improvements they could make to their laws, intelligence collection and attempts to blunt the radicalization of youth.

The Islamic State group has claimed responsibility for the attacks in Paris and Brussels, and Kerry lashed out at the extremist group.

“We will not be deterred,” he said. “We will come back with greater resolve — with greater strength — and we will not rest until we have eliminated your nihilistic beliefs and cowardice from the face of the Earth.”

Authorities also announced that American, British, German, Chinese, French and Dutch citizens were among the dead.

A manhunt has been underway for one of the airport attackers who was recorded on a surveillance video and fled the scene. Prosecutors have not said how many attackers there were in total, or how many accomplices might be at large.

But they said that DNA analysis and an official investigation had confirmed one of the suicide bombers at the airport was Najim Laachraoui, 24, a suspected bombmaker whose DNA was also found on a suicide vest and bomb used in the Paris attacks. European security officials had earlier in the week confirmed to the AP his identity, thus linking the Brussels and Paris bloodshed.

French counterterrorism police also detained a 34-year-old man Thursday who officials say was in the advanced stages of an attack plot. The suspect, Reda Kriket, had a past Belgian terrorism conviction and was linked to the suspected ringleader of the Paris attacks, Abdelhamid Abaaoud, officials told the AP.

Elsewhere, Belgium’s nuclear agency said it has withdrawn the entry badges of some staff and denied access to other people recently amid concern the country’s nuclear plants could be a target for extremists.

The move at some plants “is not necessarily linked with the terrorist attacks,” said nuclear control agency spokeswoman Nele Scheerlinck, noting the decision to deny access usually takes weeks.

Immediately after Tuesday’s attacks, security was boosted around the country’s nuclear sites and hundreds of staff were sent home.

Last month, authorities said searches in the wake of the Paris attacks uncovered video linked to a person working in Belgium’s nuclear industry.

Belgian media reported this week that Brussels attackers Ibrahim and Khalid El Bakraoui had video recordings of the home of a senior official at the Mol nuclear waste facility in the Flanders region. It’s unclear why.

In a sermon before Friday prayers in the neighbourhood of Molenbeek, home to some of the participants in the Paris attacks, Sheik Mohamed Tojgani denounced the Brussels bombers.

“Terrorism is terrorism,” said Tojgani, the imam of Molenbeek’s main mosque. “It has no state, no nationality, no religion, no country.”

In a message to the Belgian people, he added: “You are from us and we are from you. What affects you, affects us.”