Is start-up culture really the best way to solve delays at our border? Businesses think so. 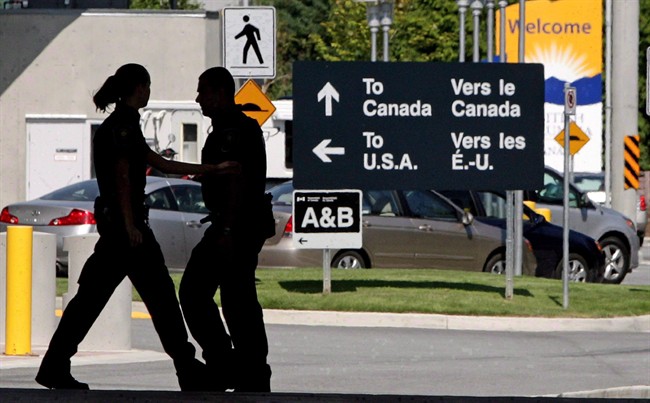 WASHINGTON – Frustrated by costly delays at the Canada-U.S. border, the business community is urging governments to seek solutions from private-sector whiz kids.

The national governments are being pressed to adopt a model popularized by high-tech startups during the original dot.com boom in the 1990s: gather a bunch of software engineers in one room, give them a problem to solve, and promise a prize. They call it a hackathon.

Leading business groups are requesting that kind of hackathon for the border, unsatisfied by the pace of progress following years of government efforts to reduce wait times.

It’s been raised repeatedly lately with public officials by the Canadian American Business Council, which counts six dozen companies and an advisory board that includes the two countries’ ambassadors to each other.

The group’s Maryscott Greenwood took it up after meeting with White House officials this summer, when they explained how the hackathon model had been used in U.S. disaster preparedness.

She suggested that kind of approach might help the Beyond the Border program, the delay-fighting initiative announced by Prime Minister Stephen Harper and President Barack Obama in 2011.

“The vision is three years old. There’s been some progress made on it. But industry is really impatient about the pace of the progress,” said Greenwood, senior adviser to the business council.

“So the idea here really is, ‘How do we get some more accomplishments under our belt? How do we force some faster progress?'”

She brought it up again at a binational border conference in Ottawa last month, a regulatory co-operation meeting in Washington this month, and in conversations with cabinet ministers — U.S. Homeland Security boss Jeh Johnson, and Canada’s Industry Minister James Moore.

One official at the Privy Council Office wouldn’t announce whether the idea was under consideration; he only said there would be recommendations made to the countries’ leaders later this year as part of the governments’ Beyond the Border Action Plan implementation plan.

It’s not like the idea would be revolutionary. Governments in both countries have already begun using the startup-culture approach to solving problems.

Even this week in Ottawa, some high-profile tech firms will be at a Tuesday event on Parliament Hill, attended by Treasury Board President Tony Clement and U.S. ambassador Bruce Heyman, where they’ll chat about common problems — including access to capital, intellectual-property rights, regulatory harmonization and updating NAFTA’s job categories.

The U.S. government has enthusiastically taken up the hackathon model since the hurricane Sandy disaster.

The White House convened one such event and announced more than 30 disaster-response ideas, inspired by problems people had encountered during the 2012 storm on the East Coast.

The home-rental app Airbnb also launched a project, aimed at pre-identifying homes that could shelter displaced people and emergency workers during a crisis.

Then the disastrous rollout of the Obamacare health-exchange website last fall only bolstered the U.S. administration’s determination to modernize its procurement procedures.

The idea of a prize for improving the border came from someone at the powerful U.S. Chamber of Commerce, who told Greenwood how rewards had been used elsewhere to attract participants.

Adam Schlosser is the director of the lobby group’s centre for global regulatory co-operation and, through that, is involved in Canada-U.S. trade files.

He also happens to work on digital trade — which has exposed him to plenty of innovative projects around the world involving the high-tech sector and governments, including in Mexico, Chile, Vietnam and Indonesia.

“Say, (for example), how do you get water to different citizens of a developing country, to make sure the water’s safe?” Schlosser said, offering one problem a hack-a-thon might tackle.

He said that approach offers twin benefits: One, government money winds up going to the most innovative companies. And, at the same time, a domestic-policy challenge might get solved.

The challenge at the Canada-U.S. border involves delays worsened by post 9-11 security measures, which slowed down the movement of goods and people.

According to different economic estimates, including one paper by the Fraser Institute think-tank, the delays cost the Canadian economy anywhere from one to two per cent of GDP.

Schlosser said there are plenty of objectives a border hackathon might tackle, including simplified inspection processes; a new order of priorities for what should be inspected; where best to allocate border personnel; and using information technology to help vehicles cross at the most convenient spot.

“It’s definitely going to be discussed more in the coming weeks and months,” he said.

“And you get more people talking about it, you get more momentum, and it just takes one or two big thinkers to say, ‘You know what? Let’s put it into action.’ So it’s definitely not a far-fetched idea, in that it could happen in the next six months to a year.”

FILED UNDER: Beyond the Border Border Canada-U.S. border hackathon start-ups