Trump is right: Afghanistan isn't a lost cause

Young, educated Afghans are working to reclaim the country—and they need help now, more than ever, even as the U.S. debates its Afghanistan strategy 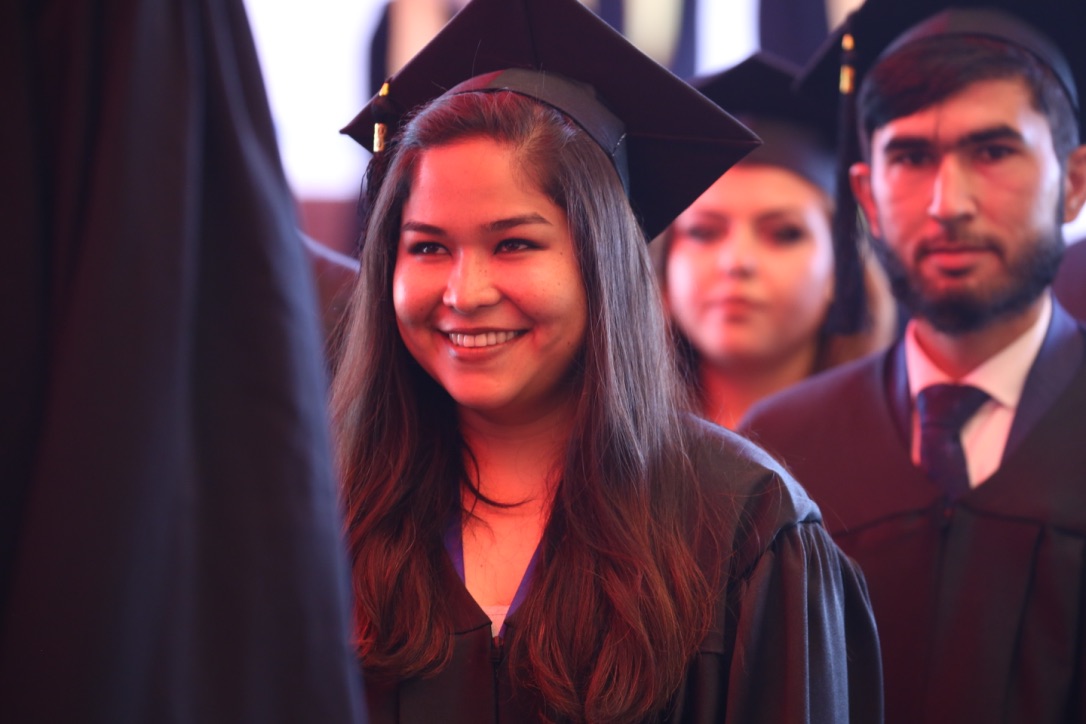 One of the happiest moments in Soraya Afzali’s life played out behind barbed wire and blast walls.

On July 15, the 24-year-old native of Afghanistan’s Balkh Province, eyes gleaming and a self-conscious smile etched on her face, received her bachelor’s degree in business administration from the heavily guarded American University in Kabul, the Afghan capital. Her achievement was sweeter for the fact that it may never have been: In the early 1990s, when Afzali was an infant, her family had fled Afghanistan to Iran, at a time when warlords reigned supreme and war was the first life lesson that children were taught.

Since then, like millions of Afghans, Afzali has lived to see a once proud nation of poets and philosophers, political thinkers and skilled artists reduced to an intellectual wasteland. She has lived the life of a refugee—and a returnee—with all the attendant hopes and dreams migrants carry with them. In 2005, when she was 11 years old, her father—encouraged by reports that Afghanistan would begin educating girls again—brought his family back to their homeland. Immediately, the bright-eyed child took to her studies. In 2009, she received a scholarship to study in the U.S., where she spent two years “expanding [her] understanding of the world.”

“That was a crucial time for me,” Afzali says. “It made me realize how much work needed to be done in Afghanistan. Being there opened my mind to the challenges Afghanistan faces. We are still ruled by the old generation. It’s hard to challenge them, but it’s my duty to bring the changes that are necessary. We, the young people, are Afghanistan’s only hope.”

Afzali’s story is all the more urgent today as U.S. President Donald Trump contemplates what to do next with America’s longest war at a time when Afghanistan has become a footnote in the foreign policy debates of the day. On Aug. 18, Trump met with members of his national security team to make a final decision, after months of internal bickering. Three options were reportedly on the table: a full withdrawal, turning the war over to paid mercenaries, or—the plan most favoured by his generals—increasing troop numbers. Some of the loudest voices inside the Trump administration, including the president’s former chief strategist Stephen Bannon, had called for a full withdrawal, arguing Afghanistan is a lost cause and the lives lost there, including 158 Canadian soldiers, were lost in vain.

Despite the president’s vocal opposition to the war in Afghanistan, he would do well to heed the advice of his military men. Afghanistan is not a lost cause. But walking away now would not only hand a gift to the Taliban and other radical groups, including the so-called Islamic State—it would also lay waste to the significant progress that has been made in the country, and extinguish the hope that fuels people like Afzali.

In 2003, when NATO forces took over security of Afghanistan from the U.S., they inherited a nation that had been so thoroughly destroyed by nearly three decades of war, one would be hard-pressed to call it a nation at all. Reconstruction was the primary task—rebuilding schools, medical facilities, government ministries and other infrastructure crucial for a nation’s survival.

That was the easy part. But schools need teachers, hospitals need doctors and nurses, and ministries need capable politicians and bureaucrats. Afghanistan had none of these. Its intellectual capacity was at a historical nadir.

“Human resources were almost non-existent after the Taliban were defeated,” Abdul Malik Quraishi, the consul general at the Afghan consulate in Istanbul, told me recently. “The foreign powers at the time turned to the Afghan diaspora for help. They recruited men and women who had lived out of the country for decades. That in itself created resentment.”

The problem of homegrown human capital was never one that was going to be solved in a few years, Quraishi added. If NATO, including Canada, came into Afghanistan believing it could magically conjure up educated Afghans to lead their country, they were either shockingly naïve or grossly optimistic. Generational engagement was always going to be the minimum for success.

In 2017, Afghanistan is beginning to show signs of that potential future. Its cities are teeming with a new generation of educated young people like Afzali, eager to make a mark. Encouraged by President Ashraf Ghani, they have taken up positions in government and business; they dominate Afghanistan’s burgeoning media landscape, lead its education sector, and have filled the spaces left behind by retreating foreign aid organizations. According to Omar Sharifi, the former Kabul director of the American Institute of Afghanistan Studies and a PhD candidate in cultural anthropology at Boston University, recipients of the American Fulbright Scholarship now dominate Kabul’s municipal government; at least 25 Fulbrighters have been appointed to senior government positions, while another 50 or so occupy lower government positions.

“There have never been more foreign-educated Afghans in Afghanistan than there are today, ever,” he says.

These are the first generation of Afghanistan’s new wave of intellectuals. It’s not surprising it took 16 years—nearly a generation in Afghan terms—for them to arrive on the scene. Many of them were just children when the Taliban regime collapsed. Most benefitted from Western scholarship programs, including some offered by Canadian universities, designed to replenish Afghanistan’s denuded intellectual class. Others have taken advantage of the private universities that have cropped up in Kabul and other major cities offering high-quality education.

Now, they fear the West, which groomed them to lead Afghanistan, is about to abandon them—at exactly the moment when they are ready to take up leadership roles. 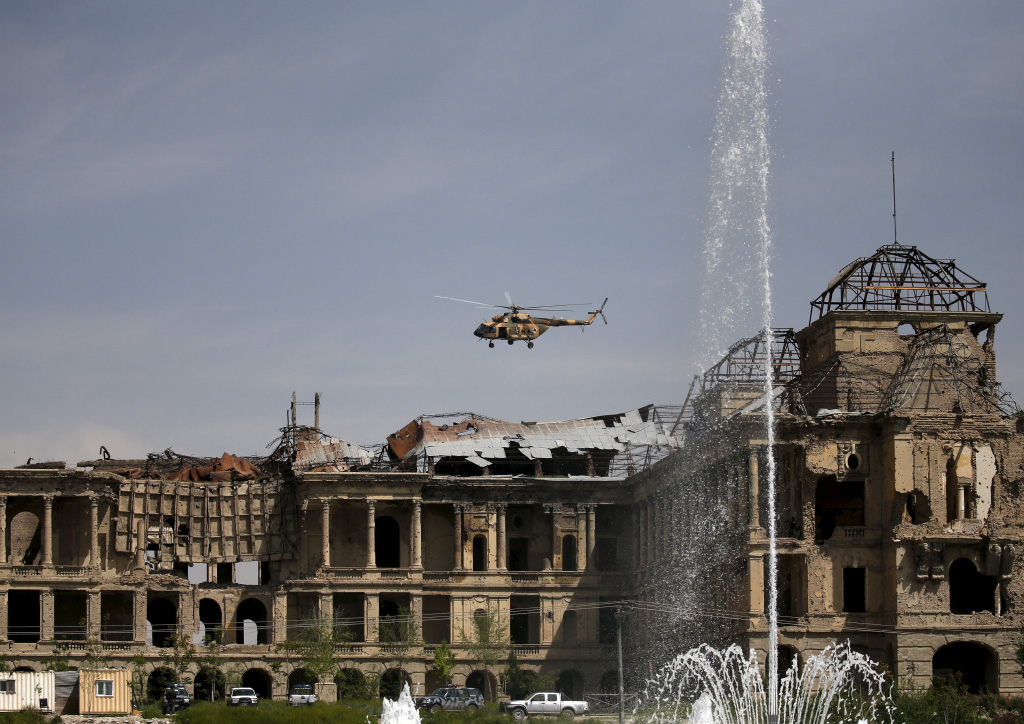 The challenges they face are formidable. Trust in government has plummeted in Afghanistan after more than a decade and a half of mismanagement at the hands of warlords and their cronies. And the old guard, meanwhile, is resisting change: Under the traditionalist approach to governance favoured by Ghani’s predecessor, Hamid Karzai, benefits went to the warlords, while ministries and governorships were portioned out to competing power centres and run like personal fiefdoms by men who had no experience running a modern democracy. “This is a big problem,” says Sharifi. “Afghanistan needs clean institutions that run efficiently. Ghani has tapped these young, educated Afghans as a way to clean out the corruption. To do this, you need fresh blood.”

Ghani has turned the established system on its head. Key government posts are now being filled with his young intellectuals, sidelining men who had benefitted under the old patronage networks. But at the beginning of July, the warlords hit back by forming their own political alliance, accusing Ghani of hoarding decision-making power among a small group of men drawn from his own Pashtun ethnicity. Those with access to the presidential palace dismiss the allegations as a gross misunderstanding of Ghani’s character.

“Ghani is an intellectual and a technocrat,” says Sharifi. “He has no interest in the colour of your skin or the language you speak. He wants results and those closest to him are the ones he feels can deliver results. Some of them just also happen to be Pashtun.”

Current diplomats, speaking on condition of anonymity, agree. The warlords still play the ethnic card when it suits them, said one Afghan diplomat in Europe—a young intellectual appointed by Ghani.

“They derive their legitimacy from the ethnic divisions that plagued Afghanistan during the civil war of the 1990s,” he said. “Divisions they themselves created.”

Another diplomat based in New York points to the recent scandal at the Afghan embassy in Ottawa as an example of how ethnicity is used in Afghanistan as a political weapon. Last July, Shinkai Karokhail, then the ambassador to Canada, faced a firestorm after revelations that she had asked authorities in Kabul for “retaliatory actions” against Canadian diplomats for perceived slights against her by Canadian politicians. The incident took on an ethnic component when a former employee, a Hazara, accused Karokhail, a Pashtun, of firing her because of her ethnicity.

“That was not the case at all,” the New York-based diplomat told me. “Even Pashtuns at the embassy were angry with Karokhail. I’m not sure what Karokhail’s motivation for firing the employee was but the problem developed because of the ambassador’s administrative style, not ethnicity. She was not experienced in diplomacy and should never have been appointed ambassador.”

Both diplomats who spoke to Maclean’s say inexperience is the Achilles heel of Ghani’s reliance on young Afghan intellectuals. Their education, one of them says, gives them excellent skills in making PowerPoint presentations and writing policy briefs, but when it comes to navigating Afghanistan’s prickly political landscape and implementing their ideas, “they can occasionally fail spectacularly.”

For Ghani, however, time is no doubt of the essence. The longer the warlords continue to bicker and Afghanistan’s institutions fail the people, the stronger the Taliban and other anti-government forces become. And the longer Afghanistan continues to flounder, the more the international community will feel it is a lost cause.

But Afzali cautions against focusing too much attention on what the warlords are doing. They may be the masters of Afghanistan’s fate for the moment, she says, but young people like her are working hard to limit the impact they have.

“We need more time,” she says. “It’s a pity so many people think Afghanistan has failed. They are not here to see what we are doing but they make decisions that will affect us for the rest of our lives. They need proper knowledge; they need to see for themselves what is happening.”

Canadian soldiers died to give these young people a chance to lead their country. Abandoning them now would be the worst kind of betrayal.