Can Brian Williams survive the storm?

By The Associated Press February 9, 2015 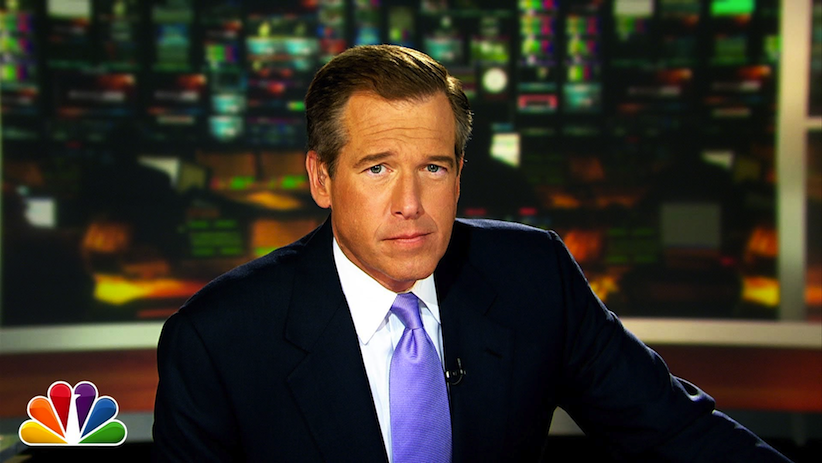 Some critics suggest that Williams, who apologized last week for falsely claiming that he was in helicopter that had been hit by a grenade while in Iraq in 2003, should be fired. Others wonder if commerce will win out, since Williams has kept “Nightly News” at the top of the ratings while much of his news division crumbled around him. How much are the years of good work worth?

“This is one of the toughest calls that I’ve ever seen,” said Paul Levinson, professor of communications and media studies at Fordham University. “On the one hand, the public is right to expect nothing but the truth from our reporters and our news anchors.”

Williams announced Saturday he was stepping away entirely from the show for a few days. NBC News, which launched an internal probe, hasn’t given a timetable for how long its look into Williams’ statements, co-ordinated by the division’s investigative editor Richard Esposito, will take or if its report will be made public.

Williams’ sub, Lester Holt, told viewers midway through Monday’s broadcast that Williams had taken himself off the air because questions have been raised about how he recalled several stories. Holt did not specify what the stories or questions were.

“He’ll be off while this issue is dealt with,” Holt said.

Levinson pointed out that this isn’t a case of someone deliberately inventing news sources or, in the case of Dan Rather at CBS a decade ago, reporting during a presidential campaign a story casting doubt on President George W. Bush’s wartime record that could not be backed up.

“The real difficulty for a news organization, or a reporter, is that once you’ve made one misstep, it’s really hard to earn (trust) back,” said David Westin, former ABC News president. “You can. But it takes a lot of time. It takes a long period of time with proven performances. It takes a long time of getting it right.”

The incident should remind news organizations that it’s more important to report the news than “brand” their personalities, he said.

More than 1,000 comments were posted to NBC’s “Nightly News” Facebook page. The majority supported Williams, with some posters suggesting they wouldn’t watch the broadcast until he returned. But some commenters said they wouldn’t trust him again.

Williams took a pounding in the ratings for his final night on the air Friday, but it’s unclear whether the drop in viewership was related to the controversy.

For this television season as a whole, Williams’ newscast has led in the ratings by an average of roughly 600,000 viewers each night over ABC.

On Thursday, the night after Williams’ apology, NBC beat ABC by about 800,000 viewers, Nielsen said.

Although NBC leads in the ratings this season as it has for much of the past decade, ABC’s broadcast with David Muir does win occasional nights. ABC has beaten NBC on nine individual nights since the beginning of the TV season in September — six of them Friday nights, which in general is NBC’s weakest evening. On the Friday before Williams made his admission, ABC won by 400,000 viewers.

Meanwhile, another instance emerged of Williams appearing to embellish a wartime reporting experience.

Williams travelled to Israel in July 2006 to cover that country’s military campaign against Hezbollah. The anchor reported on MSNBC that he flew in a Black Hawk helicopter with Israeli military officials at a height of 1,500 feet. He said he saw a trail of smoke and dust where Katyusha rockets had landed in the uninhabited Israeli countryside. Then, he said he witnessed two rockets being launched toward Israel some six miles from where he was flying, according to the network transcript.

In an interview at Fairfield University more than a year later, Williams said Katyusha rockets passed “just underneath the helicopter I was riding in,” according to a film of the interview, described in The Washington Post on Monday.

Williams was even more descriptive in an August 2006 appearance with Jon Stewart on Comedy Central’s “The Daily Show.”

“Here’s a view of rockets I have never seen, passing underneath us, 1,500 feet beneath us,” Williams said. “And we’ve got the gunner doors on this thing, and I’m saying to the general, some four-star, ‘It wouldn’t take much for them to adjust the aim and try to do a ring toss right through our open doors, would it?'”

Also Monday, the newspaper Stars and Stripes released a transcript of its interview with Williams last week, made before his apology, where he attempted to explain his story. Williams was asked about a claim by military involved in the 2003 Iraq mission that his helicopter was flying about an hour behind the Chinook helicopter that had been hit by the rocket-propelled grenade.

Williams said it was the first he’d heard of that. “I could not see in front of us and I thought we were just in one flotilla, for lack of a better word,” he said.