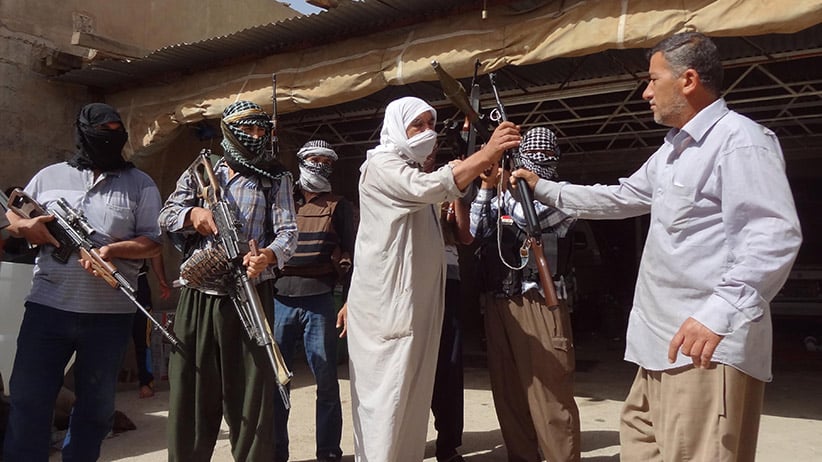 NEWPORT — Prime Minister Stephen Harper quietly bowed out of the NATO Summit on Friday, announcing a commitment of military advisers for Iraq, but skipping a thundering photo-op meant as a display of solidarity in the face of growing international threats in eastern Europe and the Middle East.

Other leaders joked and chatted as a flight of fighter jets — including a Canadian CF-18 — and transport planes swooped low over the rolling Welsh countryside in a demonstration of military precision meant as a signal to both a resurgent Russia and Islamic extremists.

Harper didn’t attend, but instead met a handful of his officials in the nearby meeting hall before the morning session, which was meant to put the finishing touches on NATO plans to respond to Russian aggression in Ukraine.

Before his departure, Harper announced the 30-day deployment of several dozen military advisers to Iraq to work with U.S. forces providing tactical guidance to Iraqi troops and Kurdish fighters battling the Islamic State in Iraq and the Levant, a brutal al-Qaida splinter group.

That is in addition to two Canadian military cargo planes that are ferrying weapons to the Kurds.

The prime minister said the new deployment is not without risk, but it is also not a combat mission, something for which the Conservatives have traditionally sought the blessing of Parliament.

He also signalled very clearly that it is not the end of allied action and that Canada would evaluate further participation as events unfold.

“The measures taken to date, particularly in the north of Iraq, have certainly been successful in halting the advance of ISIL and to some degree pushing back on it,” Harper said. “But this is far from truly turning back the advance of ISIL or diminishing its long-term threat.”

The allies are also considering further sanctions on Russia, which Canada fully supports, he added.

Despite being one of the harshest critics of President Vladimir Putin’s actions, the prime minister was not part of a Thursday meeting with Ukrainian President Petro Poroshenko convened by the U.S., Britain, Germany, Italy and France.

“We must increase capacity,” Cameron said. “I hope today we can reaffirm our public commitment to spend two per cent of our GDP in defence and 20 per cent of that money on equipment. This will send a strong message to those who threaten us that our collective resolve is as strong as ever.”

Harper resisted the call even before the summit, with his staff declaring it an “arbitrary target” and the prime minister telling a British business audience that a nation should be measured on its contribution, not how much it spends.

The defence budget will increase, as will the tempo of operations for the military, he said on Friday.

“I don’t in any area of government set a budget and say we’ll spend a certain amount and go out and try to spend it no matter how we can spend it,” Harper said during his only question-and-answer session with Canadian journalists. “That’s not how we do business and I’m certainly not going spend on a massive military expansion for the sake of doing so.

“As I say, our allies can be assured and are assured that Canada will spend what is necessary.”

NATO rolled out plans Friday to bolster its rapid reaction forces, which will be capable of deploying to countries under Russian threat within days. The alliance’s military leaders are still working out the details, including a spearhead force of ultra-high readiness troops.

Harper made no immediate commitment to this effort, saying he has seen “very little in the way of detail.” He said he wants to see plans take shape before deciding to spend money on them.