Canada's 10 most Googled questions about Clinton and Trump

We answer Canadians' burning U.S. election questions...totally seriously and without any snide jokes, that's for sure. 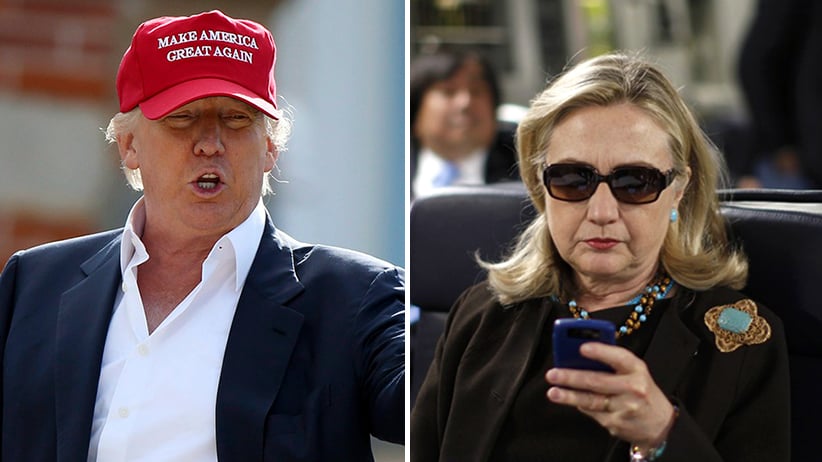 According to Google searches, these are the 10 most asked questions in Canada this year about Hillary Clinton and Donald Trump. Our completely serious and non-facetious answers to such pressing inquiries follow.

What does Hillary Clinton plan on doing as president?
Fix everything and make America great. But don’t you dare say “great again,” because things are already great. She’ll just make them greater.

How did Donald Trump make his money?
He had the guts and initiative and drive to get a rich father. Anything else is known only to people who have seen his tax returns.

What is Hillary Clinton’s net worth?
Thanks in part to the millions of dollars she and Bill Clinton made from speaking engagements, her net worth is somewhat more than “dead broke,” but it’s probably somewhat less than Trump. Probably, that is. See “tax returns,” above.

How many times has Donald Trump been married?
Three times, but to be fair, two of his wives weren’t American, so they may not count under Trump’s current platform.

If Hillary Clinton wins who is first lady?
Michelle Obama, Laura Bush and Barbara Bush get jointly awarded the title of first lady for life. But not Rosalynn Carter, because her husband is still considered history’s greatest monster.

How many delegates does Donald Trump have?
At last count, 1,543, and they’re all the best delegates, really great, classy delegates.

How old is Hillary Clinton now?
According to official records, she’ll be 69 this October 26, but Trump may demand to see her birth certificate to make sure she’s not actually 100.

What will happen if Donald Trump becomes President?
You remember that movie Doctor Strangelove? Something like that. The bomb-riding thing is not mentioned in his official list of positions … yet.

Who did Hillary Clinton pick for Vice President?
Nobody knows. There’s a rumour that she might have picked a VP, but it’s unconfirmed. “Slim Crane?” “Jim Zane?” Something like that.

Which celebrities support Donald Trump?
Chachi from Happy Days, but not Joanie, Richie or the Fonz.