Scots didn’t just map the country and build its institutions, they instilled in Canada the core belief in pluralism 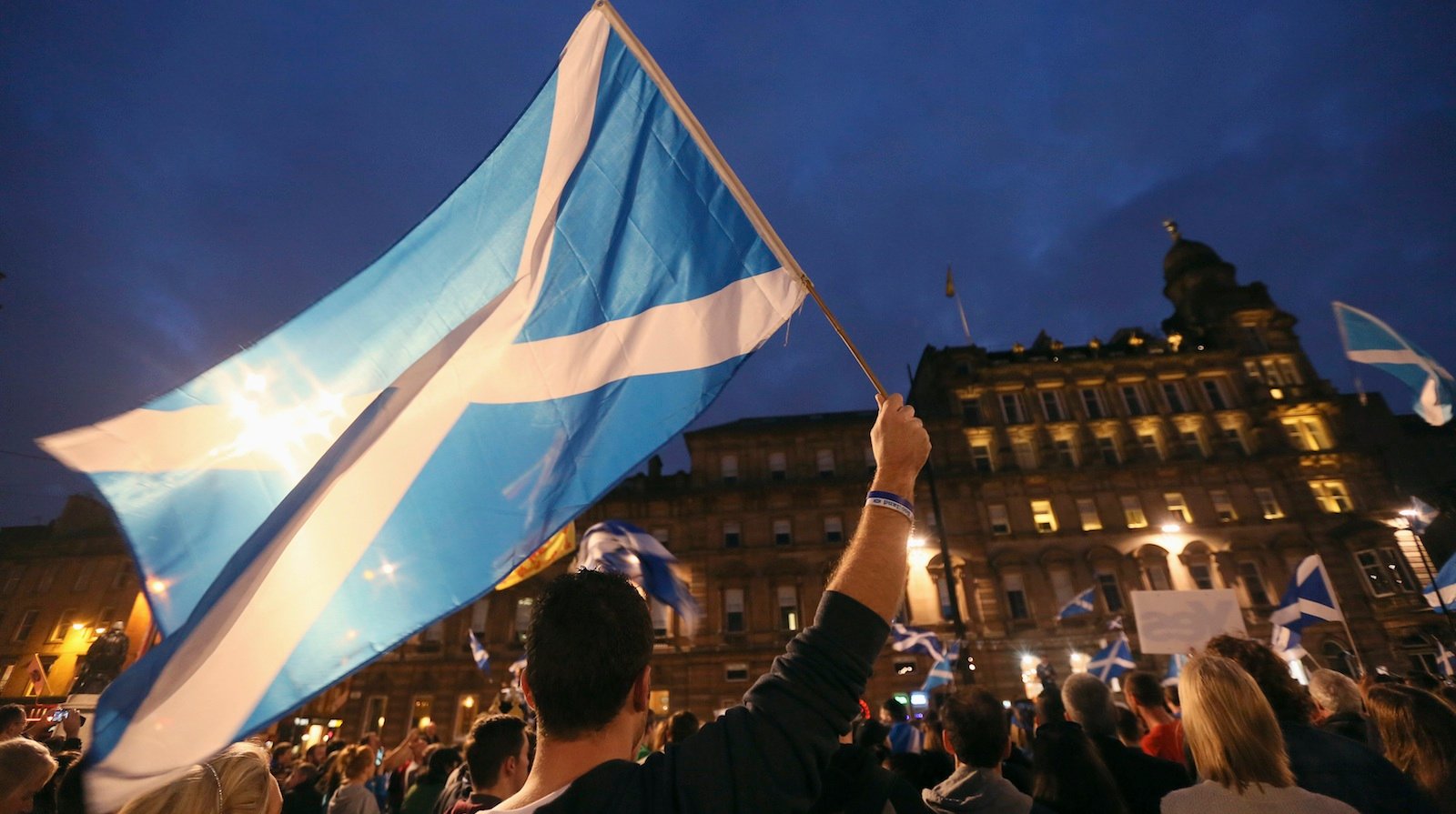 In uptown Toronto, if you look east across the street from the Royal Ontario Museum, you will see an elegant building that symbolizes what the Scots have done for Canada. It also suggests why, in light of today’s divisive referendum, Canadians should take a moment to think of their Scottish cousins. Originally, this stately, three-storey structure formed part of the University of Toronto. Today, the main tenant is Club Monaco, a clothing-store outlet geared to young professionals. If you step inside on a Saturday afternoon, you will marvel at the ethnic and linguistic diversity swirling around you.

What does that have to do with the Scots? I would argue: everything. The architect who designed this building, working with philanthropist Lillian Massey, and as part of an architectural firm owned by G.M. Miller, was my wife’s grandfather—a Scottish immigrant named William Fraser. Few people know his name. The Scottish architect has become invisible. Yet, when you look around from inside this neoclassical edifice, you realize that the architect is all around you. So it is with Canada. The Scottish architects are invisible. But if we stop and look around, we realize that they played a preeminent role in shaping our country. Nobody owes them more than we do.

Obviously, Canada is not just a land mass bordering on three oceans and a superpower. It is a cultural, political, and economic entity. It is a web of interconnected governments, businesses, institutions, organizations, and individuals—a complex interweaving of social programs, cultural networks and communications and transportation systems. That is why we can think of it as being “invented.” Canada is a multifaceted creation, one that, more than a decade ago, Richard Gwyn rightly identified as the world’s first postmodern nation.

Today, there are almost as many Canadians of Scottish heritage (4.7 million) as there are Scots in Scotland (5.3 million). Scottish Canadians constitute only 13 per cent of the Canadian population, and have never exceeded 16 per cent. Yet their shaping influence has proven wildly disproportionate. No matter how you approach the history of Canada—through exploration, politics, business, education, literature—you find Scots taking a leading role.

They led the way in mapping the west and the north, in running a railway across the country, in creating a system of spectacular national parks, and in establishing banks and universities. In the struggle for women’s rights, Scottish Canadians such as Nellie McClung, Agnes MacPhail, and Therese Mcdonald Casgrain led the charge. In literature, they produced superstars from Lucy Maud Montgomery to Margaret Atwood and Alice Munro.

But today, with Scots going to the polls, and in keeping with my architectural analogy, I think we should highlight how Scottish Canadians fostered the pluralism that is the hallmark of postmodern Canada. Of this country’s 22 prime ministers, for starters, 13 claimed at least some Scottish heritage, or almost 60 per cent. These include Sir John A. Macdonald, William Lyon Mackenzie King, John George Diefenbaker and Pierre Elliott Trudeau. Would anybody suggest that these figures made no difference?

Consider John Buchan, who served not as a prime minister but as a governor-general of this country (1935-1940). “I believe every Scotsman should be a Scottish nationalist,” he said at one point. “If it could be proved that a Scottish parliament were desirable . . . Scotsmen should support it.” This Scotland-first attitude kept him out of the British cabinet. Buchan recognized relations between Quebec and the rest of Canada as “the most intricate of the country’s problems.” Speaking at Annapolis Royal, he said, “I want to see the French tradition cherished and maintained, for, as a Scotsman who, like all Scotsmen, has an old friendship for France, I regard it as an essential part of Canadian nationalism.”

In Halifax, Buchan told an audience that there are “two characteristics which you [Canadians] share with Scotland. You are a mixed people [and] . . . you are a far-wandering people.” Clearly, he understood that, with people as diverse as Canadians, any attempt to impose a single, uniform identity could only undermine national unity.

After Buchan, from the mid-1940s onward, Scottish Canadian novelist Hugh MacLennan used such works as Two Solitudes and Return of the Sphinx to explore the Canadian tension between identity and pluralism. In the 1970s, he judged Canada’s chances of survival to be excellent, despite the country’s proximity to a superpower 10 times its size. For this he cited one main reason: “We obstinately refuse to become a melting pot.” Canada, he argued, remains “a light shining in the darkness of an almost universal tendency” to homogenize and reduce a citizenry to sameness.

This idea found a political champion in yet another product of the old Scottish-French alliance. In 1971, Prime Minister Pierre Elliott Trudeau set up a royal commission to examine “the whole question of cultural and ethnic pluralism in this country and the status of our various cultures and languages.” Nine years later, during Canada’s first referendum battle, he responded to a Quebec nationalist taunt about his mixed, half-Scottish heritage by proclaiming that the Elliots had come to Canada more than two centuries before: “My name is a Quebec name, but my name is a Canadian name also, and that’s the story of my name.”

In 1982, the aggressively federalist Trudeau gave Canada a constitution that recognized both individual rights and multiculturalism. And with that, a hybrid Scottish Canadian finished the political job begun in 1867 by a Scottish immigrant, Sir John A. Macdonald. Constitutionally independent for the first time, Canada emerged as the world’s first postmodern nation, a pluralistic entity designed politically to share power among different levels of government—to practise what the Scots call “devo-max” or “maximum devolution.” That is what the majority of Scots want as they launch into their referendum campaign. And that, certainly, is what their forebears invented in Canada.

—Ken McGoogan, author of How the Scots Invented Canada, will publish Canada’s New Celtic Ancestors in 2015.