Canadian jailed in Iran over 'feminism and security' issues 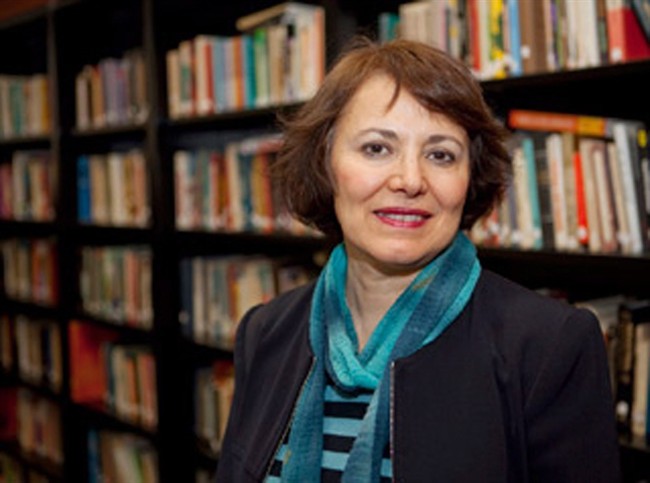 This undated photo made available by Amanda Ghahremani shows retired Canadian-Iranian professor Homa Hoodfar. The family of a Montreal-based university professor jailed in Iran says she is being investigated for dabbling in feminism and security matters. (THE CANADIAN PRESS/HO – Amanda Ghahremani)

MONTREAL – A Montreal-based university professor being held in an Iranian jail is being investigated for ‘dabbling in feminism and security matters,’ according to her family.

Homa Hoodfar’s niece, Amanda Ghahremani, said the Tehran public prosecutor made a statement to Iranian media on the case on Friday.

Ghahremani said the family doesn’t know whether Hoodfar has been charged with a crime.

She said the prosecutor’s statement was the first indication of why the 65-year-old professor has been held in Iran’s notorious Evin prison since her arrest on June 6.

She said the family wanted to refute other “baseless” accusations that have circulated in some Iranian media outlets stating her aunt was “fomenting a feminist soft revolution.”

Hoodfar, a professor at Montreal’s Concordia University, was born in Iran but has been living in Montreal for 30 years.

Her family said she travelled to Iran in February to see family and conduct academic research.

She was initially arrested in March, shortly before she was to return home, but was released on bail.

She was arrested again on June 6 and has not been allowed to contact her family or her lawyer since then, according to her family.

Ghahremani said her aunt is foremost an anthropologist whose work focuses on improving the lives of women.

She said Hoodfar’s work is not political and the accusations against her are unfounded.

“All the work she’s done has always been within the legal parameters of the context in which she does her work,” she said.

A spokesman for Foreign Affairs Minister Stephane Dion said the government is actively involved in Hoodfar’s case and is doing what it can to help her.

“The Minister has met Dr. Hoodfar’s family, and the Parliamentary Secretary and consular officials remain in close contact with them,” Joseph Pickerill said in an email.

“We are also working closely with our like-minded allies in order to best assist Dr. Hoodfar.”

Ghahremani said she met with Dion on Thursday and was satisfied the Canadian government “is doing what they can do” to help her aunt.

Amnesty International has called on the Iranian government to release Hoodfar, calling her a prisoner of conscience.

Over 4,600 professors have also signed a petition on the Hoodfar family’s website calling for her release.