Chart: A history of terror-related deaths and attacks in France

The death toll in the wake the Paris terror attacks was horrific—and historic.

Friday’s terrorist attacks in Paris killed 129 people, and injured more than 350. Not only is this death count horrific, it’s historic: On Nov. 13, Paris witnessed more casualties than in all French terror attacks in the last four decades combined.

Related: The fallout from France

In Western Europe, both the number of terror attacks and number of deaths by terrorist attack have decreased since highs in the 1970s, ’80s and ’90s. The last time terrorist-related deaths were so high in Western Europe was a decade ago, in 2004, when the Madrid train bombings killed 191 people and wounded 2,050. (The data below end in 2014.) 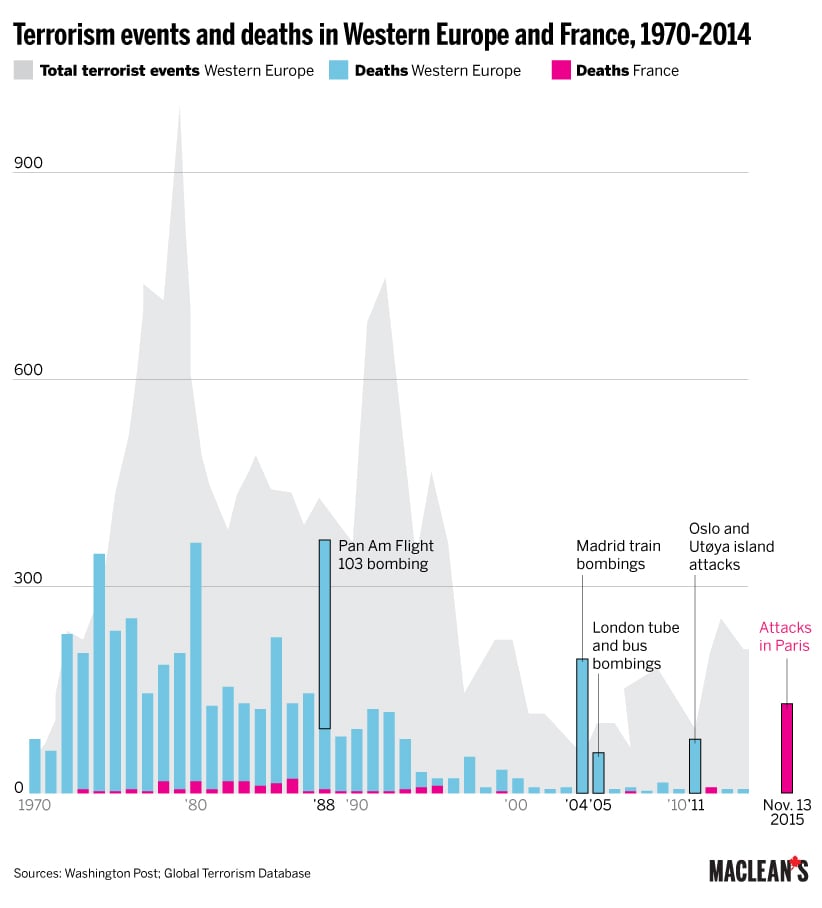 Related: Why Islamic State is more dangerous than ever before