Sentencing of former Olympian to be announced at a later date 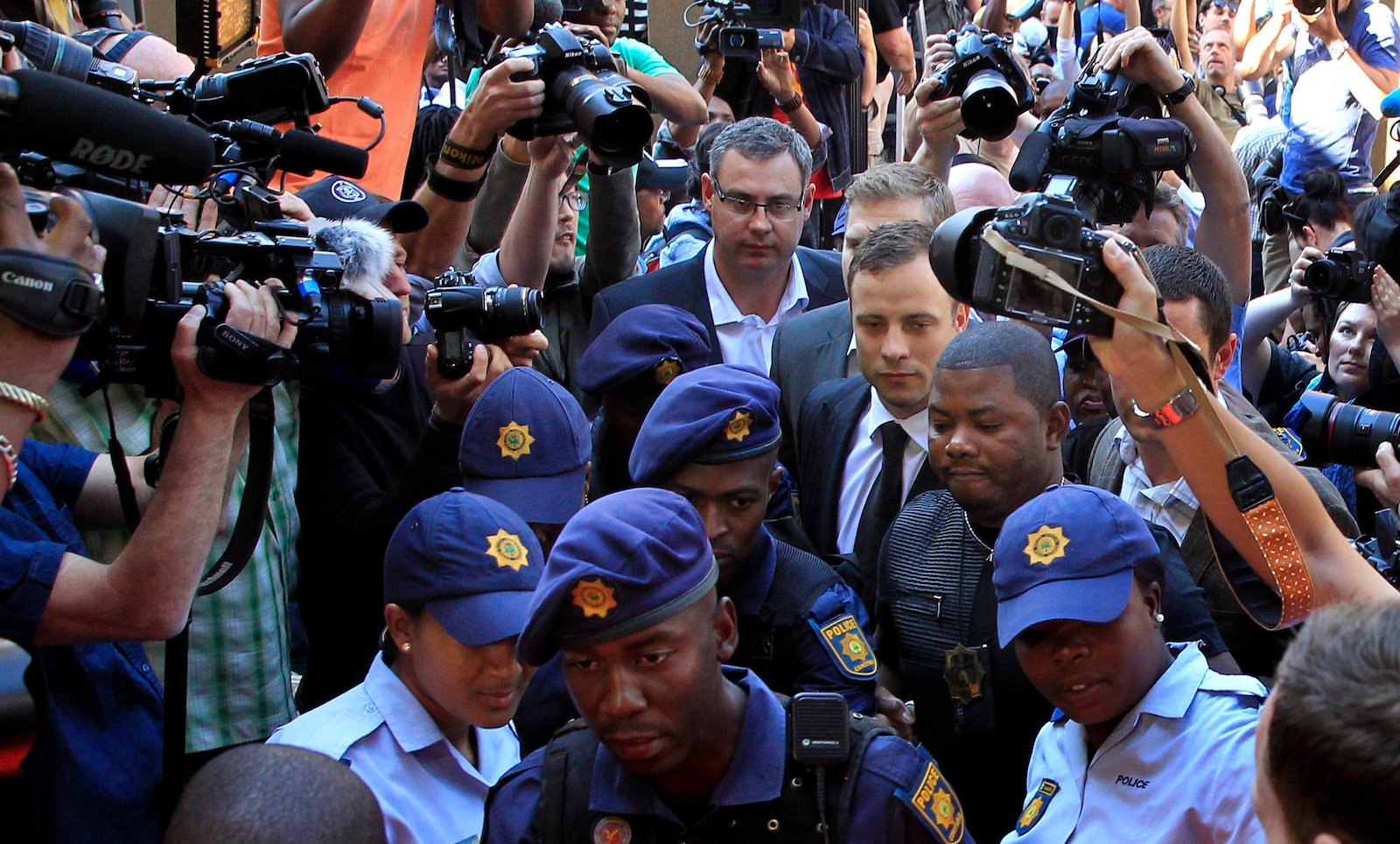 PRETORIA, South Africa — A South African judge on Friday found Oscar Pistorius guilty of culpable homicide, or negligent killing, in the shooting death of girlfriend Reeva Steenkamp and declared him not guilty of murder and premeditated murder.

Prosecutors said they were disappointed by the ruling but would decide on whether to appeal only after sentencing.

Judge Thokozile Masipa said there was not enough evidence to support the contention that Pistorius knew Steenkamp was behind a locked toilet door in his home when he shot through the door in the predawn hours of Valentine’s Day last year. Masipa said prosecutors had not proven beyond a reasonable doubt that Pistorius intended to kill Steenkamp.

The red-robed judge ordered Pistorius, 27, to stand before she delivered the formal verdict on the multiple counts against him, and said it was a unanimous verdict, meaning she and her two legal assessors agreed on the findings. The conviction of culpable homicide, or negligent killing, can bring a maximum prison sentence of 15 years.

The strange and dangerous world of the blade runner

Unlike many other times during the trial that began in March, Pistorius showed no emotion as he stood in his dark suit with his hands crossed in front of him. The double-amputee Olympian was hugged by relatives when the judge ordered a recess soon after announcing her verdicts. A bail hearing is pending Friday afternoon.

Some legal analysts said they understood why Pistorius was found not guilty of premeditated murder but were surprised that the runner was not convicted of murder.

We believe there is sufficient and credible evidence to secure a conviction” on a murder charge, said Nathi Mncube, spokesman for the National Prosecuting Authority. He said, however, that any decision to appeal the judge’s ruling would come after the case is concluded” with sentencing.

The sentence for a culpable homicide conviction is at the judge’s discretion, and it can range from a suspended sentence and a fine to up to a maximum of 15 years in prison. Sentencing was expected to be announced at a later date.

After the verdict, Pistorius sat with his sister Aimee on the wooden bench where he has spent most of his six-month murder trial. She put an arm around his shoulders and spoke to him.

For the first time in the trial, Pistorius left by going down the stairs that led to the cells in the courthouse. That’s because Pistorius’ bail expired after his conviction and the judge was considering whether to re-grant him bail. Pistorius’ lawyer, Brian Webber, said Pistorius was taken to a holding position.”

Defence lawyer Barry Roux told the judge that Pistorius should stay free on bail until sentencing because he had complied with bail conditions imposed on him after he killed Steenkamp. Chief prosecutor Gerrie Nel, however, said Pistorius now had more reason to flee because he had probably hoped for an acquittal during the trial.

Now he knows for a fact that, ‘I’ve been convicted of a serious offence and imprisonment is probable,”’ Nel said.

Members of Steenkamp’s family, including her mother June and father Barry, were in court to hear the verdict in the 29-year-old model’s killing.

The judge ruled that the athlete was guilty of unlawfully firing a gun in a public place when a friend’s pistol he was handling discharged under a table in a restaurant in Johannesburg in early 2013 — weeks before Steenkamp’s killing.

Pistorius was acquitted on two other weapons charges, including a count of firing a gun in public and a count of illegal possession of ammunition in the Pretoria home where he killed Steenkamp.

Pistorius fatally shot Steenkamp in his home in the pre-dawn hours of Feb. 14, 2013. He said he mistook her for an intruder, while the prosecution said he killed her intentionally after an argument.

On Friday, armed security officers stood at each of the three entrances to the courtroom, while others stood near the red-robed judge as she explained her verdicts from her dais overlooking the court. There were also paramedics in the courtroom. 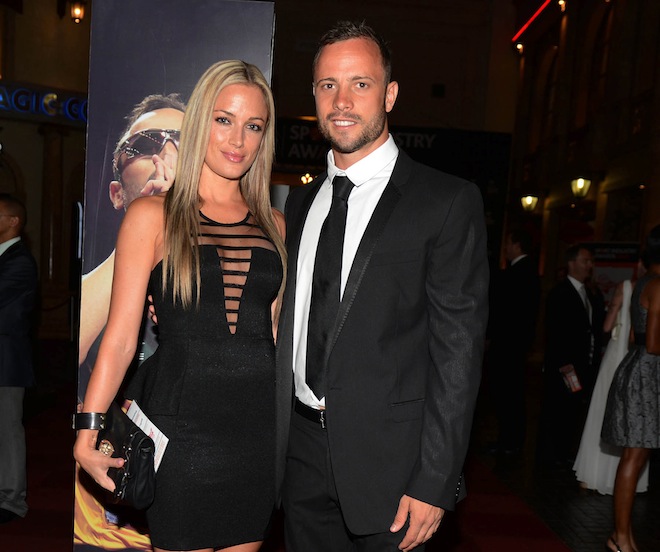 Oscar Pistorius and his girlfriend Reeva Steenkamp pose for a picture in Johannesburg on Feb. 7, 2013. Pistorius was charged with murder after his girlfriend was shot dead on Feb. 14, 2012. (Thembani Makhubele/Reuters)