Contents of Ronald and Nancy Reagan's home to be auctioned off 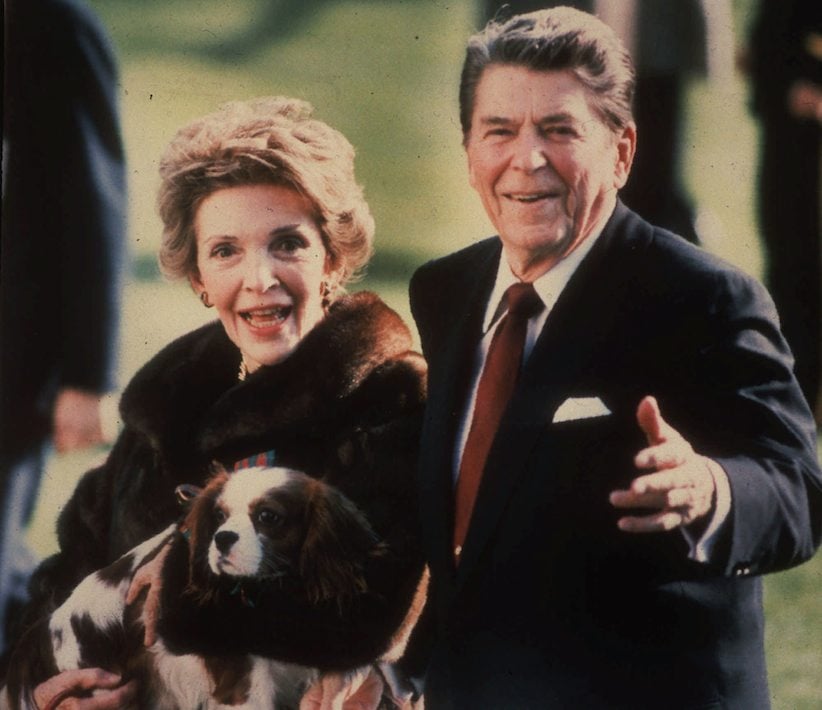 NEW YORK — A two-day auction of the contents of Ronald and Nancy Reagan’s ranch-style home in California will include everything from personal mementos from heads of state and friends to objects the couple took with them to the White House.

Christie’s on Thursday announced the highlights of the Sept. 21-22 sale in New York City.

The more than 800 items include Billy Haines-designed furniture, decorative artwork, paintings, books, accessories and jewelry. The pre-sale estimates range from $1,000 to $50,000.

“These are all items the Reagans lived with, beginning from their years in Hollywood and through to their post-presidential years in Bel Air,” an affluent section of Los Angeles, said Gemma Sudlow, Christie’s vice-president of decorative arts. The Reagans brought some of the objects with them to the White House to decorate the family’s private quarters.

The couple moved into the sprawling 7,000-square-foot, three-bedroom hilltop home designed by Ted Graber after leaving the White House in 1989.

What makes the collection so interesting, Sudlow said, is “how overwhelmingly personal it is.”

It includes a Tiffany Marine clock given to the two-term president by Frank Sinatra and his wife, Barbara, for his first inauguration. It has a pre-sale estimate of $5,000 to $10,000.

“The collection is very much a reflection of the simple and elegant life the Reagans enjoyed together,” said Richard Nelson, Christie’s senior specialist of decorative arts. “The furniture and accessories reflect the classic ‘Hollywood Regency’ style that Mrs. Reagan chose for the house … (and) incorporated many of the same colours and fabrics in the Bel Air house that she loved in the White House.”

The collection also contains whimsical objects like a menagerie of small jade, glass and porcelain elephants — a traditional symbol for the GOP — that once adorned a tabletop in the house. They are being sold as a group for an estimated $1,000 to $2,000.

The elephant theme continues with a pair of English cowhide leather elephant-shaped ottomans with an estimated value of $2,000 to $3,000.

Among personal mementos from a head of state is a pair of Elizabeth II silver beakers from Prime Minister Margaret Thatcher with a pre-sale estimate of $1,000 to $2,000.

And for the centenary celebration of the Statue of Liberty on July 4, 1986, when she and the president boarded the USS Iowa, the first lady wore a Bulgari diamond, sapphire and ruby ring set in an American flag motif. It could bring $5,000 to $8,000.

Proceeds of the sales, expected to fetch more than $2 million, are designated to go to The Ronald Reagan Presidential Foundation and Institute in Simi Valley, California — per the Reagan’s wishes.

“After the sales are completed, the family trust will determine how best to distribute the proceeds to support the foundation’s ongoing mission and the principles in which it was established,” said Melissa Giller, chief marketing officer of the foundation that houses more than 55 million pages of gubernatorial, presidential and personal papers.

Reagan, a Republican who served two terms from 1981 to 1989, died of Alzheimer’s at his Bel Air home in 2004. His wife died there last March. They are buried on the grounds of the presidential library.

Highlights of the collection will first be previewed at Christie’s in London from Friday through July 14.