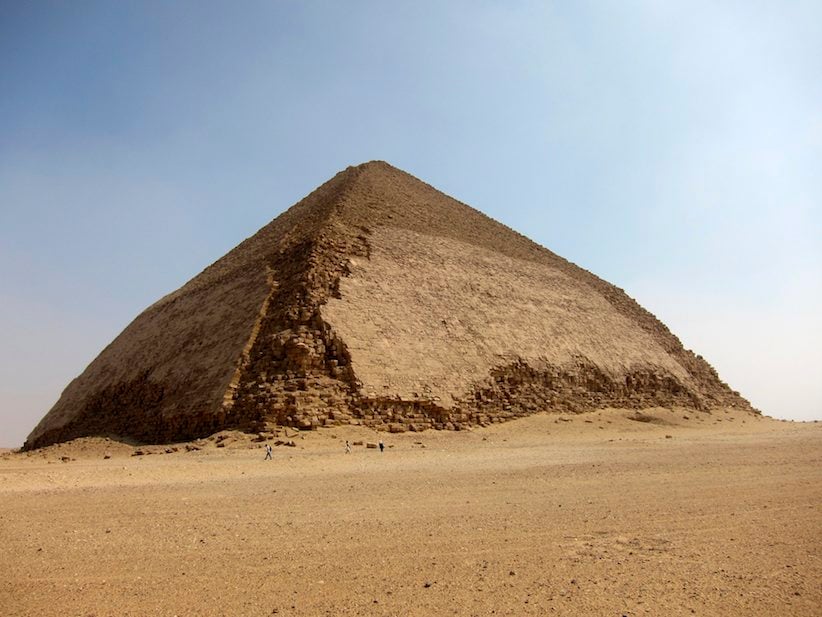 CAIRO — An international team of researchers said Sunday they will soon begin analyzing cosmic particles collected inside Egypt’s Bent Pyramid to search for clues as to how it was built and learn more about the 4,600-year-old structure.

Mehdi Tayoubi, president of the Heritage Innovation Preservation Institute, said that plates planted inside the pyramid last month have collected data on radiographic particles known as muons that rain down from the earth’s atmosphere.

The particles pass through empty spaces but can be absorbed or deflected by harder surfaces. By studying particle accumulations, scientists may learn more about the construction of the pyramid, built by the Pharaoh Snefru.

“For the construction of the pyramids, there is no single theory that is 100 per cent proven or checked; They are all theories and hypotheses,” said Hany Helal, the institute’s vice-president.

“What we are trying to do with the new technology, we would like to either confirm or change or upgrade or modify the hypotheses that we have on how the pyramids were constructed,” he said.

The Bent Pyramid in Dahshur, just outside Cairo, is distinguished by the bent slope of its sides. It is believed to have been ancient Egypt’s first attempt to build a smooth-sided pyramid.

The Scan Pyramids project, which announced in November thermal anomalies in the 4,500 year-old Khufu Pyramid in Giza, is coupling thermal technology with muons analysis to try to unlock secrets to the construction of several ancient Egyptian pyramids.

Tayoubi said the group plans to start preparations for muons testing in a month in Khufu, the largest of the three Giza pyramids, which is known internationally as Cheops.

“Even if we find one square meter void somewhere, it will bring new questions and hypotheses and maybe it will help solve the definitive questions,” said Tayoubi.