Cost of refugee plan pegged at $1.2 billion over six years 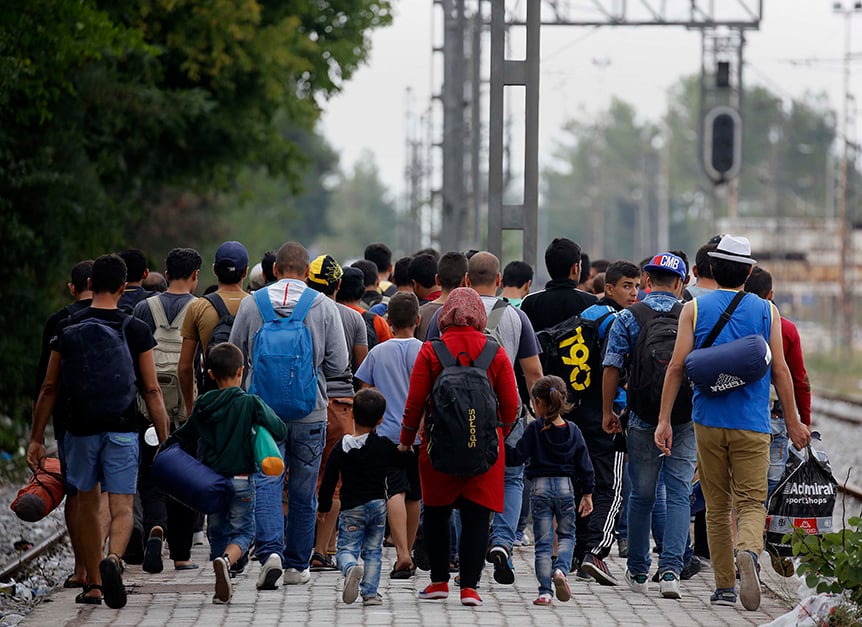 OTTAWA — The cost of the Liberal government’s plan to resettle 25,000 Syrian refugees has been pegged at $1.2 billion over the next six years, The Canadian Press has learned.

A government document obtained by The Canadian Press that lays out the proposed funding model says $876.7 million would be needed in 2015-2016 alone.

Some of that will be covered this year by $16.6 million announced by the previous Conservative government during the election and $100 million coming out of an existing pool of funds to respond to international crises.

The document, called “Responding to the Syrian Refugee Crisis: Rapid Resettlement of 25,000 Syrians Funding Table,” says $1.1 billion in new money will be required between now and 2021.

The document says six government departments will require funds to handle the program, including Immigration, which would need $528.4 million this year and Defence, which requires $98.7 million.

What’s not clear from the funding model is how much of the money is connected to the year-end target to bring in that many Syrians in total and how much to the Liberal promise that the government itself would settle that many over a longer time period.

The Immigration department would not provide any detail.

Will Syrian refugees pay their own airfare to get here?

“We don’t comment on leaked documents,” a spokesman for the department told The Canadian Press in an e-mail. “Once final decisions are made, the Government of Canada will provide more details.”

The federal government has yet to formally reveal the specifics of the plan to meet the Dec. 31 target of resettling 25,000 people, a commitment made during the election campaign.

CBSA is the only one which will receive money over the full six years, $48.8 million overall.

Security screening for refugees is one of the sticking points of the plan and gained new urgency following attacks in Paris last week that were linked to extremists who may have entered Europe as a refugees.

The funding table also builds in a contingency fund and notes the immigration department will lose $18.4 million in revenue because of the program.

In their platform, the Liberals had promised the government would resettle 25,000 Syrians directly.

But the group slated for resettlement by Dec. 31 is to be made up of mostly government-assisted refugees and privately-sponsored ones.

Private sponsors usually cover nearly all the costs themselves.

The Liberals say they will eventually resettle 25,000 people directly through government channels, but the end-of-year target was always intended to be a blend.

Settlement agencies and the provinces have also said the scope of the refugee resettlement program would require significant new funding for them as well, but the document does not break out if that’s coming.