Cover preview: How America has doomed itself with poisonous politics

While America tussles over the banning of the Confederate flag, real problems continue to smoulder. A sneak peek at our latest cover story. 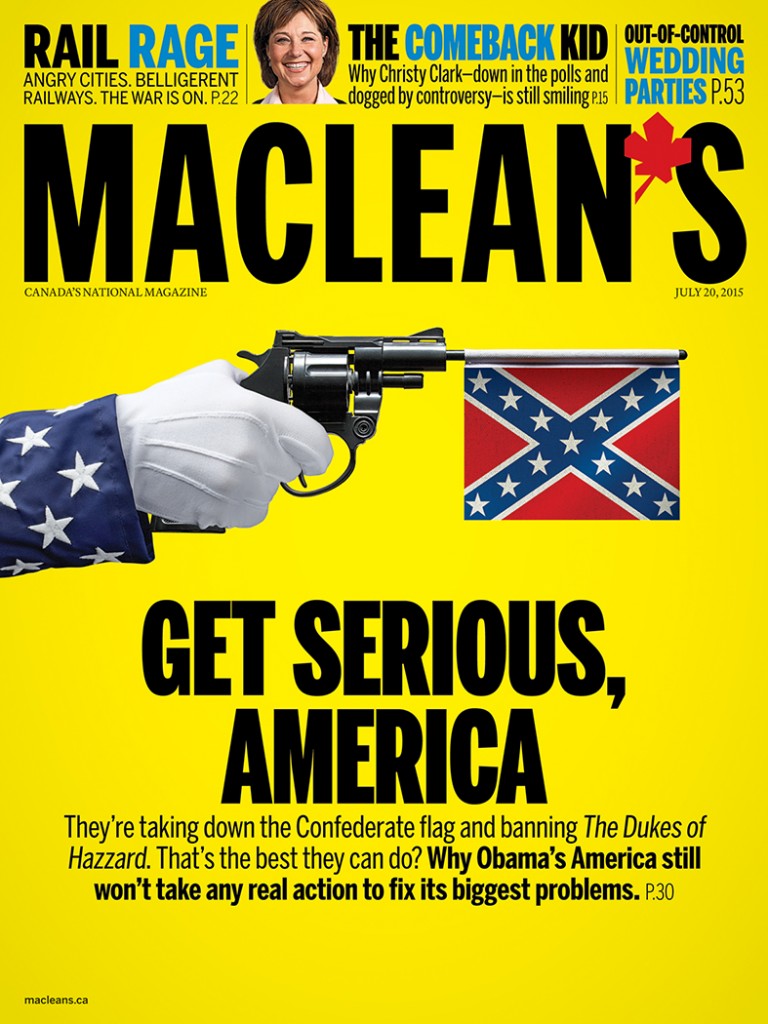 It took just two weeks for America to turn its focus from mass murder to mass entertainment. In the wake of the Charleston, S.C., church shooting that left nine dead, U.S. politicians, including Barack Obama, vowed that this time, things would change. But is banning the Confederate flag and Dukes of Hazzard reruns really the best they can do?

In this week’s cover story, Maclean’s looks at the problems that plague the United States—racism, gun violence, inequality and fear—and how real progress on the issues has become next to impossible. Have America’s poisonous politics doomed the nation?

Related: Allen Abel on grief, suffering and blame in Charleston