Curiosity rolls into second year of mission on Mars

Some numbers on the assignment to date 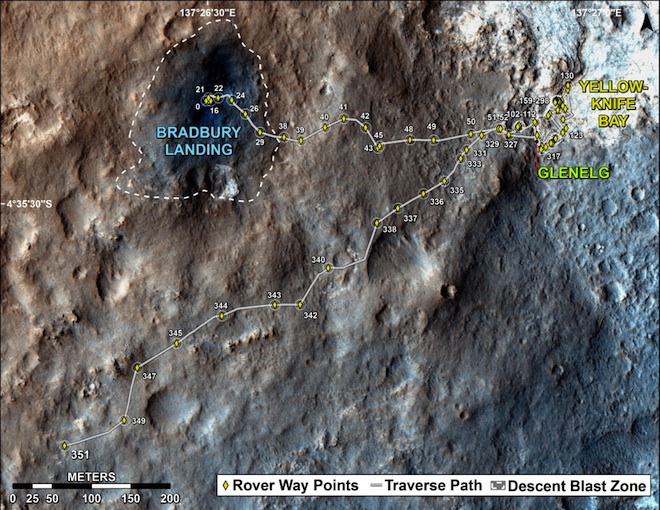 One year into Curiosity’s mission to Mars, NASA has released some numbers on its rover.

A sample of what it’s been up to since arriving at Bradbury Landing on a two-year hunt for signs that the red planet once hosted life—or any indication that life could, one day, survive there:

1.6: Number of kilometres the Curiousity has travelled.

190: The number of gigabits of data collected.

75,000: Number of laser shots fired to check on composition of objects.

2: Number of rocks sampled and analysed.

NASA will celebrate the one-year milestone on Tuesday. It has also celebrated the mission so far in video:

From Day 1, NASA has shared mission highlights via @MarsCuriosity on Twitter. Here’s an excerpt of a feed from earlier this year: