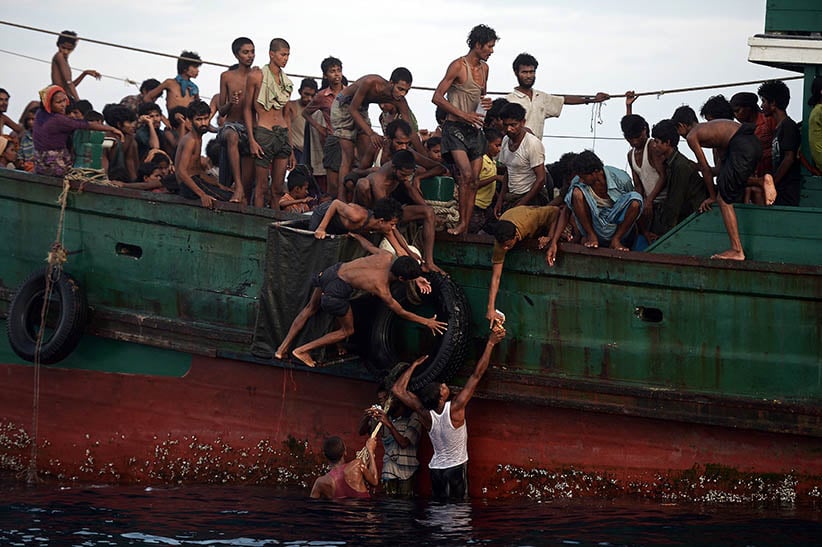 Rohingya migrants pass food supplies dropped by a Thai army helicopter to others aboard a boat drifting in Thai waters off the southern island of Koh Lipe in the Andaman sea on May 14, 2015. (Christophe Archambault/AFP/Getty Images)

The Dalai Lama, the spiritual leader of Tibetan Buddhists, told The Australian newspaper that he has discussed the issue with Suu Kyi twice.

She “told me she found some difficulties, that things were not simple but very complicated,” he was quoted as saying. “But in spite of that I feel she can do something.”

Thousands of Rohingya have fled Myanmar, where they have faced violence from the Buddhist majority.

Suu Kyi became an international hero during her years of house arrest for speaking out against the generals who long ruled Myanmar. She entered politics after her release and has been largely silent about her country’s persecution of the Rohingya.