Scott Gilmore at Davos: Of castes, shoes and sound bites 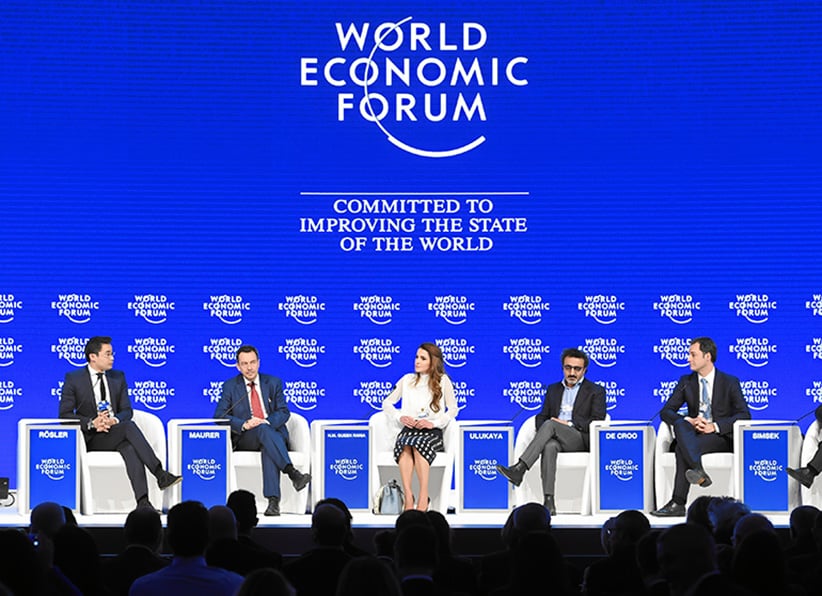 The World Economic Forum (WEF) has a caste system. This is obvious before you even arrive. Those at the top of the social pyramid, loosely defined as world leaders and anyone with a private jet, reach the remote mountain village by helicopter. If you are among the official invitees, but arrived commercially, then there is a special shuttle waiting for you at the Zurich airport. And, if you are merely a hanger-on, an executive assistant, a protester, a Russian call girl, or someone hoping to conduct business on the margins, then you take the slower and more crowded train. Of course, it’s a Swiss train, so it’s still pretty good.

In Davos, you are further segregated by accommodation. The WEF distributes a hotel map of the town with the convention centre marked in red, at the very centre. The closer your hotel is to that red mark, the higher you sit in the scheme of things. Those at the very top, however, avoid commercial accommodation and rent private villas. And those at the very bottom must resign themselves to the cheaper hotels in the village of Klosters down the valley.

The class system also dictates how you spend your day. Your badge is electronically scanned before entering any session or speech. If you are not sufficiently important, an embarrassing red light goes on, you feign a confused look at your badge, mumble awkwardly, then slink away to find a topic more suited to your kind of people. Most of those who come to Davos don’t have a badge at all. They stay outside the conference hall, attending events in other venues like the local high school, or holding quick meetings hunched over coffees in hotel lobbies.

This continues into the night. Your badge will get you into certain parties (McKinsey’s but not Facebook’s, perhaps), certain hotels and certain dinners. The elites themselves jostle for invitations to some of the more notable soirees, hosted by a young tech billionaire maybe, where you can dance with a Scandinavian princess or a Mexican soap star. And if you have no badge, you might be able to get into one of the notorious Piano Bar parties (where I’m heading later).

Last night I moderated a dinner on the relationship between business and civil society. One attendee represents a global union of truck and taxi drivers. He had just come from a meeting with Uber. “Change is coming, but not for a long time.” He said that more than once, seemingly to reassure himself.

One of the more notable panels this morning gathered together several African leaders. There were several interesting moments.

Right now only 70 million Africans can access the Internet. But in the next five years this will grow to 700 million. This will be mostly due to increased smartphone usage. The impact on commerce, governance and society is going to be dramatic and unpredictable. It’s difficult to imagine some of the men on stage will be able to survive the scrutiny and political mobilization that this will bring.

A Nigerian official announced that Boko Haram had been militarily degraded and was all but defeated. Which is belied by other reports showing that one million Nigerian children are currently unable to attend school because of the fighting.

One leader enthusiastically talked about the potential for African manufacturing, particularly of shoes. He pointed out that there are a billion Africans, and they all need footwear. Which reminded me of a famous (and apocryphal) story. In the early 1900s a British shoe manufacturer sent two of its agents to Sudan, to determine the market possibilities. The first agent cabled back to London, “Impossible—no one wears shoes.” The second agent’s cable read, “Jackpot—no one wears shoes.”

British Prime Minister David Cameron and Israeli Prime Minister Benjamin Netanyahu gave back-to-back presentations allowing for an interesting comparison. The former stood alone on stage, striding back and forth, taking questions from the audience. He had the ease and confidence of a late-night TV host: polished, congenial, with short sharp answers.

By contrast, Netanyahu was interviewed by a journalist as they sat in two large easy chairs. His answers were slow and deliberate. He would carefully respond to each question, in a deep and almost laconic voice. Netanyahu spoke in paragraphs compared to Cameron, who spoke in sound bites.