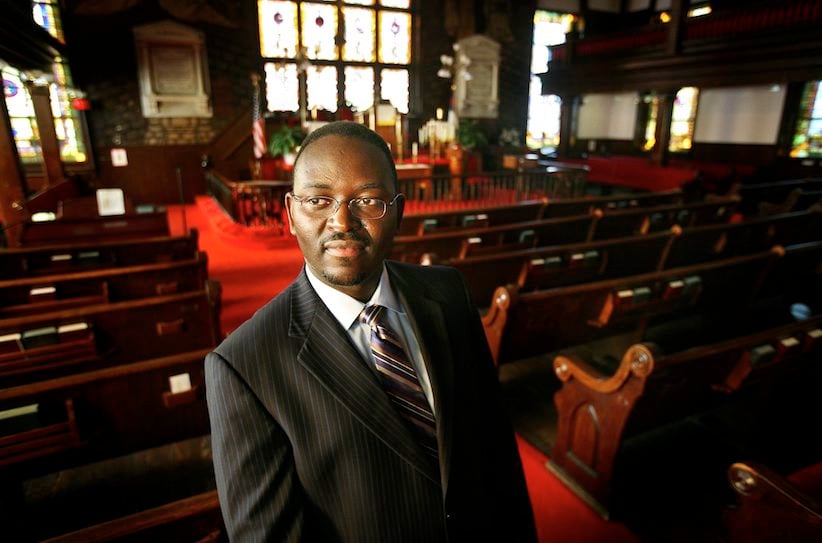 COLUMBIA, S.C. — Having agreed to consider removing the Confederate flag from South Carolina’s Statehouse, lawmakers are now saying goodbye to a beloved black colleague whose slaying in a mass church shooting has reignited debate about Civil War symbols in the South.

State Sen. Clementa Pinckney’s open coffin will be on display in the Statehouse Rotunda for four hours Wednesday, Senate officials said. After senators voted on Tuesday to hold a debate later this summer on whether to remove the flag, they gathered by Pinckney’s desk, still draped in black, and signed up for 30-minute shifts beside his body so he wouldn’t be alone.

Prodded by Gov. Nikki Haley’s call the day before to move the Confederate flag to a museum, House lawmakers approved a measure to hold a debate by a vote of 103-10, and the Senate promptly endorsed it with a voice vote. Several bills related to removing the flag were then introduced, although debate could be weeks away.

“We would like to have spent today grieving our friend,” said Senate Minority Leader Nikki Setzler. “We had a responsibility to do our business and we have done it.”

South Carolina’s action spurred other politicians around the South to swiftly target the flag, a historic but divisive symbol. Most said change is imperative after the suspect in the shooting of nine black churchgoers appeared in photographs brandishing the flag as a symbol of hate.

Outside South Carolina’s Statehouse, in the sweltering heat, hundreds chanted “Bring it down! Bring it down!” Civil rights activist Kevin Gray said it’s time to stop using the word “victims” to describe the nine people slain inside Charleston’s Emanuel African Methodist Episcopal church. They are martyrs, he said, and if Confederate symbols come down around the South, their deaths will not have been in vain. 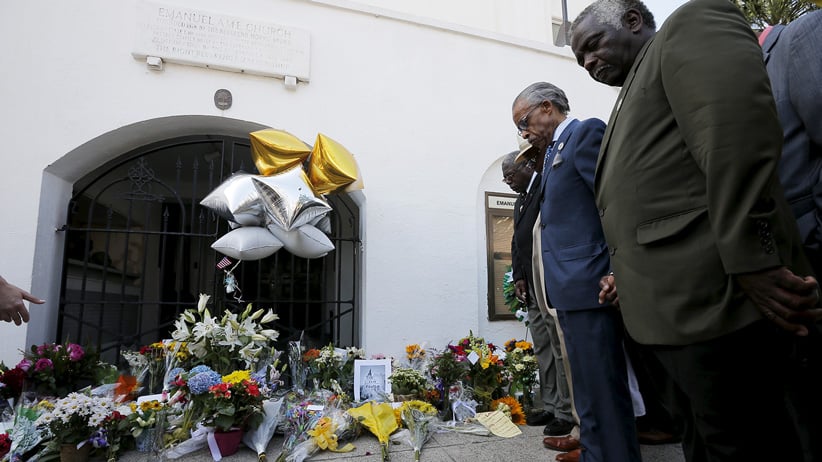 Very few lawmakers rose to defend the flag, although some said they were saving their speeches for what promises to be an emotional debate later this summer.

Republican Rep. Jonathon Hill, a freshman, said the flag is history and rightly flies over a monument dedicated to fallen Confederate soldiers. He also said the timing of dealing with the issue so soon was disrespectful to the victims’ families.

“You’re going to defeat racism with love and forgiveness. You’re not going to defeat it with politics and certainly not with more hatred,” said Hill, R-Townville. “Dylann Roof wanted a race war, and I think this has a potential to start one in the sense that it’s a very divisive issue,” he said, referring to the suspect in the shooting. “I think it could very well get ugly.”

“I want you to help South Carolina come to grips with what it means to care about each other. I hope you put aside bickering and understand all of us are human beings. If ever there were to be a day when South Carolina can rise and be the state that it claims that it is, this is the day,” he said, choking up, as legislators gave another standing ovation to loud applause.

Haley’s unexpected reversal — quickly seconded by leading Republicans including U.S. Sen. Lindsey Graham of South Carolina and McConnell — gave others the political opening to announce their moves. Many cited the church massacre as the reason for abandoning long-held positions that even debating the status of the flag would be too racially divisive today.

Roof, who faces murder and gun charges in the church attack, had posed in photos displaying Confederate flags and burning or desecrating U.S. flags, and told a friend he was planning to do something “or the white race.”

The first South Carolina senator to take the floor to call for moving the flag to a museum was the son of the state’s most powerful politician of the last century, U.S. senator and segregationist standard-bearer Strom Thurmond. A statue of the elder Thurmond on the side of the Statehouse opposite the Confederate flag portrays him striding confidently southward.

State Sen. Paul Thurmond said the church attack compels flag supporters to reconsider their positions. The Charleston Republican said he loves his ancestors, but isn’t proud of a heritage that included holding people in bondage, and wants to send a message to anyone who might proudly display the banner before committing racial hate crimes.

“I can respond with love, unity and kindness,” Thurmond said, “and maybe show others that the motivations for a future attack of hate will not be tolerated, will not result in a race war, will not divide us, but rather strengthen our resolve to come together.”

The Confederate battle flag was placed atop the Statehouse dome in 1961 for the 100th anniversary of the beginning of the Civil War, and lawmakers decided to keep it there in 1962 in response to the civil rights movement. After mass protests, it was moved to a flagpole next to a Confederate monument out front in 2000.

A second viewing of Pinckney will take place Thursday morning at St. John African Methodist Episcopal Church in his Senate district, and Thursday night at Emanuel AME where he was pastor, and where he was slain. President Barack Obama is scheduled to deliver the eulogy at Pinckney’s funeral Friday morning at the College of Charleston.