Derek Chauvin's conviction, and the relief of seeing justice served

Image of the Week: The verdict unleashed an outpouring of emotion. Not happiness, exactly, but perhaps something more lasting. 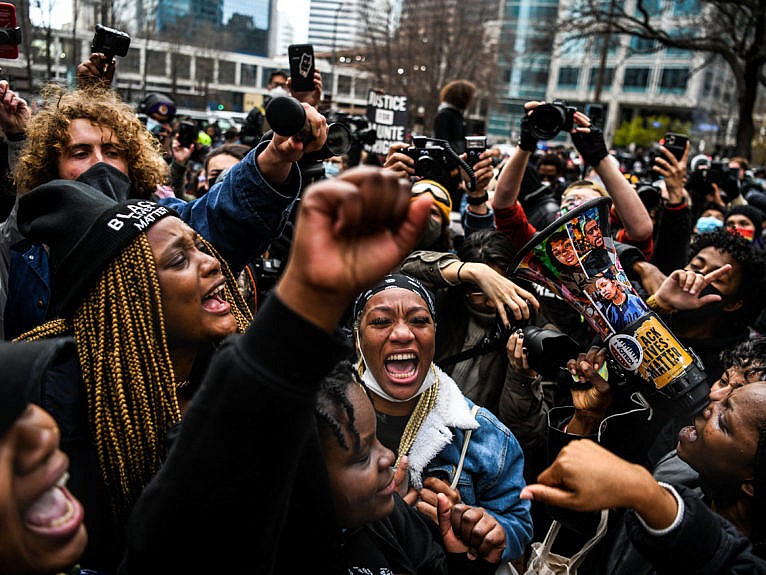 People in Minneapolis celebrate as the verdict is announced in the trial of former police officer Derek Chauvin. (Chandan Khanna/AFP/Getty Images)

This verdict was never a sure bet. In the decades-long history of police killing unarmed Black Americans, few offending officers have been brought to trial, and even fewer found guilty. A failure to indict police officers involved in the death of Breonna Taylor was met with civil unrest; Philando Castile’s killer was acquitted of manslaughter after shooting him at point-blank range during a traffic stop. Of course, the stakes were higher for Derek Chauvin, the former police officer who murdered George Floyd by kneeling on his neck for nine minutes and 29 seconds. If such morbid comparisons can be made, Floyd is simply more famous. Millions of people saw firsthand the video evidence of Chauvin’s excessive force. Anything but a guilty verdict would have been met with mass protests, perhaps greater than those that followed his death. In the end, after 10 hours of deliberation, the dozen jurors—six white, six people of colour—found Chauvin guilty on all three charges: second-degree unintentional murder, third-degree murder and second-degree manslaughter. As soon as the news broke, crowds like the one pictured above, outside the Hennepin County Government Center in Minneapolis, burst out in screams of relief, if not joy. Nobody’s happy, exactly. But justice has been served—that’s a step in the right direction.