Dissent up as millions lose jobs in China

China detained Liu after he signed the new viral charter 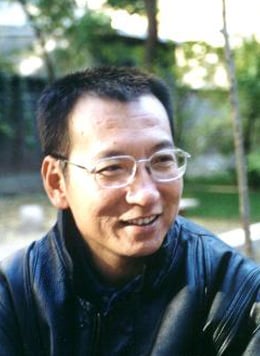 China has long had an unofficial compact with its people: don’t ask for political reform, and in return, we’ll provide you with jobs. But as the global economic crisis tightens its grip on the nation, that agreement is under severe strain.

On Monday, the government revealed that 20 million migrant workers have returned to their homes in the poverty-stricken countryside after losing their jobs at urban factories and construction sites. Frighteningly, Yiping Huang, an economist for Citigroup, thinks that the number could soon double. In an effort to stave off widespread unrest, the Communist party has promised to pump at least US$585 billion into the economy.

The government is worried about the potential for destabilizing unrest in a country that is already plagued by tens of thousands of “social disturbances” caused by ordinary Chinese who are unable to get their grievances heard by the ruling elite. They are particularly concerned about the fact that new communications technologies have made it a lot easier for angry citizens to organize.

The latest example of this is a viral charter of human rights that’s quickly spreading through hard-to-control text messages, email and Internet chat rooms. Called Charter 08, the document and an accompanying petition were originally published by intellectuals in December, but they are now circulating among workers. “The ruling elite continues to cling to its authoritarian power,” proclaims the charter. “The stultifying results are endemic official corruption, an undermining of the rule of law, weak human rights, decay in public ethics, crony capitalism [and a] growing inequality between the wealthy and the poor.”

The government tried to stamp out the movement by censoring the online charter, interrogating signatories and even detaining leading dissident Liu Xiaobo. But the petition has continued to gain converts. Now more than 8,000 have signed on, including regular citizens such as Tang Xiaozhao, a cosmetology student, who told the Washington Post, “I am not afraid anymore.” On Jan. 13, the government shut down her blog.