In confronting the most powerful nation in Europe, Putin has found a crack that he intends to widen 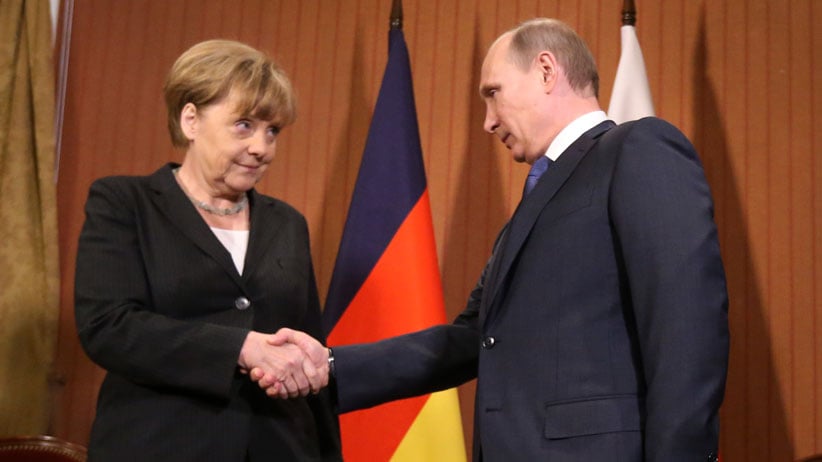 Germany has often acted as an important, if sometimes shaky, bridge between Russia and Western Europe. Chancellor Angela Merkel, who grew up in Communist East Germany and speaks Russian, holds no sentimental attachment to Russia and has taken a strong pro-Ukraine position regarding the country’s conflict with Russia. But she also meets regularly with Russian President Vladimir Putin, including for nearly six hours at the recent G20 meeting in Brisbane, Australia. Her subsequent speech harshly criticized Putin’s actions in Ukraine and urged Western resolve against him.

But Putin had prepared for this. Merkel is the most powerful politician in Germany—if not Europe—but she is not the only one, and she doesn’t speak for all Germans. Earlier in November, Putin sat down for a long interview with the German television channel ARD. “Look at the friendship that has been established between Russia and Germany in the past 10 to 15 years,” he said. “It will be a pity if we let it go to waste.”

It was a direct appeal to the German people. But there may be rifts, even within Merkel’s own cabinet. Foreign Minister Frank-Walter Steinmeier is part of the “grand coalition” Merkel assembled after the last election. Unlike the chancellor, he belongs to the Social Democratic Party of Germany, which has traditionally valued close relations between Germany and Russia. While Merkel upbraided Putin in Australia, Steinmeier urged Western leaders to restrain themselves when speaking, lest they escalate the conflict. When Steinmeier travelled to Moscow to meet his Russian counterpart, Sergey Lavrov, Putin personally received him. German media jumped all over the apparent clash between Merkel and Steinmeier. He denies there is one. But Putin no doubt sees a crack, and will try to widen it.

“As Putin looks to the West, he sees 3½ dozen leaders, all of whom come and go—whereas he is a leader with a mission to save Russia, no less than that, and he is there to stay,” says Maria Lipman, a visiting fellow at the European Council on Foreign Relations. Putin, she says, will try to divide Western nations, especially European ones, against each other. Some political foes he can simply wait out; in democracies, elections are inevitable. Others, he can pressure or court. He knows that one of the weaknesses of the European Union is that unity is difficult to sustain.

European solidarity has so far been resilient. The EU has imposed tough sanctions on Russia, even though these have also hurt Europe’s own struggling economy. But there are also weaknesses that Putin can exploit. Some Balkan nations are less keen about the prospects of a prolonged showdown with Russia. Italy does a lot of business with Moscow. These countries, however, are comparatively small rocks in Europe’s foundation. The boulder is Germany and, if Putin can split it, he’ll have much less to worry about.