Does the U.S. have any idea what it's doing in Syria?

Adnan R. Khan reports from Turkey, where American bumbling in Syria is creating a potentially hazardous situation with its key NATO ally 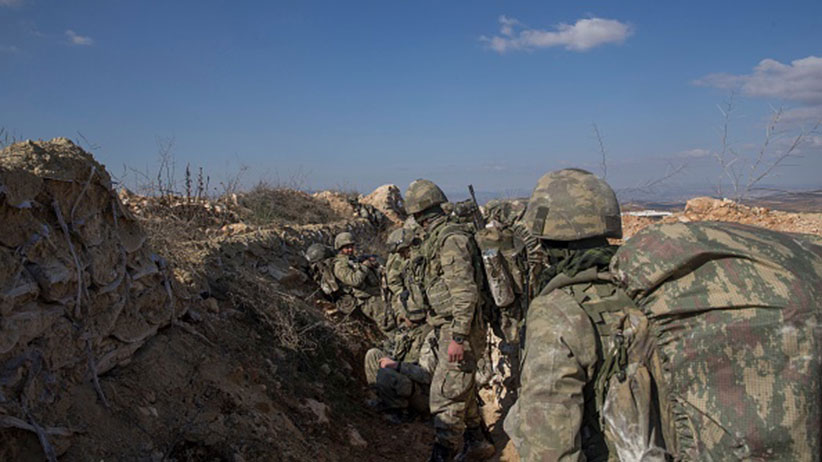 Turkey launched Operation Olive Branch on Jan. 20 in Syria’s northwestern Afrin region; the aim of the operation is to boost security and stability along Turkish borders (Photo by Emin Sansar/Anadolu Agency/Getty Images)

But while U.S. bumbling at home may be grist for late night talks shows, the kinds of missteps the world’s most powerful government is making abroad will have repercussions well beyond the White House circus. Three weeks ago, it was Pakistan. Two weeks ago it was Turkey, a key NATO ally and the lynchpin of some of the most pressing issues the world faces, from the on-going migration crisis to combating terrorism, to the future of the NATO alliance itself.

This latest crisis began on Jan. 13 with a story published on the U.S.-based Defense Post website quoting a spokesperson from the international coalition fighting ISIS, who outlined an American plan to set up a 30,000-strong border security force in northern Syria. The force, Col. Thomas F. Veale reportedly said, would be drawn from the Syrian Defense Forces, a U.S.-backed militia primarily made up of Syrian Kurds, known as the YPG, and local Arab tribal fighters.

“The base of the new force is essentially a realignment of approximately 15,000 members of the Syrian Democratic Forces to a new mission in the Border Security Force as their actions against ISIS draw to a close,” Veale was quoted as saying.

The announcement took a lot of people by surprise. Turkish president Recep Tayyip Erdogan responded with fury, accusing the U.S. of creating a “terror army” with recruits from the YPG, which Turkey considers an extension of the Kurdistan Worker’s Party, or PKK, a group the U.S., Turkey, the EU and Canada have listed as a terrorist organization. The PKK has fought a bloody insurgency in Turkey for more than three decades.

On Jan. 16, U.S. Secretary of State, Rex W. Tillerson, tried to calm things down on the sidelines of a summit of foreign ministers in Vancouver. In a meeting with Turkey’s Mevlut Cavusoglu, Tillerson reportedly said the issue was “misportrayed” and that there would be no border security force.

The Pentagon, however, acknowledged that while there would be no “border security force” per se the Americans would continue to train YPG fighters—a group it has used successfully in the fight against ISIS—for the foreseeable future as a “hold force” that would ensure radicals would not return to liberated areas.

The Turks weren’t buying it. Months of garbled messaging had already put them on edge over what exactly the U.S. was up to in Syria. In a Nov. 2017 phone call with Turkish President Recep Tayyip Erdogan, Donald Trump had promised to stop arming the YPG. Defense Department officials were reportedly caught off guard and were forced to clarify, saying they were “reviewing pending adjustments” to their relationship with the Kurds. But the arms transfers never stopped.

READ MORE: When Trump meets Erdogan, who will blink first?

On Jan. 20, the Turkish armed forces launched a military offensive on Afrin, a majority Kurdish region in Syria’s northwest bordering Turkey and controlled by the U.S.-armed YPG. The Americans, in another contradictory move, appeared to give the Turks the green light for the operation.

“We are not paying particular attention to that area with our military resources,” General Joseph L. Votel, the commander of CENTCOM, told reporters on Jan. 21, which the Turks interpreted as meaning the U.S would not interfere, despite the fact many of the YPG fighters in Afrin had spent time in other parts of Syria, with some of them almost certainly receiving U.S. training.

On Jan. 23, a Pentagon spokesperson took the U.S position one step further, telling Turkey’s Anadolu News Agency that any YPG fighters who left the U.S. coalition to join the fight in Afrin would lose U.S. support.

Analysts in Turkey say the flip-flopping has created a sense among Turkish officials that the U.S. either has no idea what it is doing in Syria or is willing to say anything to get what it wants.

“Trust is almost completely gone,” says Ilter Turan, President of the International Political Science Association and Emeritus Professor at Istanbul’s Bilgi University. “Only after Turkey demonstrated a determination to prevent the YPG from establishing a base in Afrin did the U.S. try to accommodate it by saying they understand Turkey’s concerns. But Turkey has said it will eventually move toward Manbij, where American and YPG units operate together. If that happens, the situation could become more hazardous.”

Caught in the midst of all this is NATO. Turkey’s growing alienation from the U.S. has raised the spectre of two NATO allies coming into direct conflict with each other for the first time in the 69-year history of the alliance. Much of the blame falls on the U.S.: After a year of internal bickering and policy failures, the Trump administration’s obsession with “America First” threatens to undo the post-World War II order. NATO may be the first casualty. Then, as Turan puts it, “anything can happen.”