'Saddam Hussein was a bad guy, right? ... But you know what he did well? He killed terrorists.' 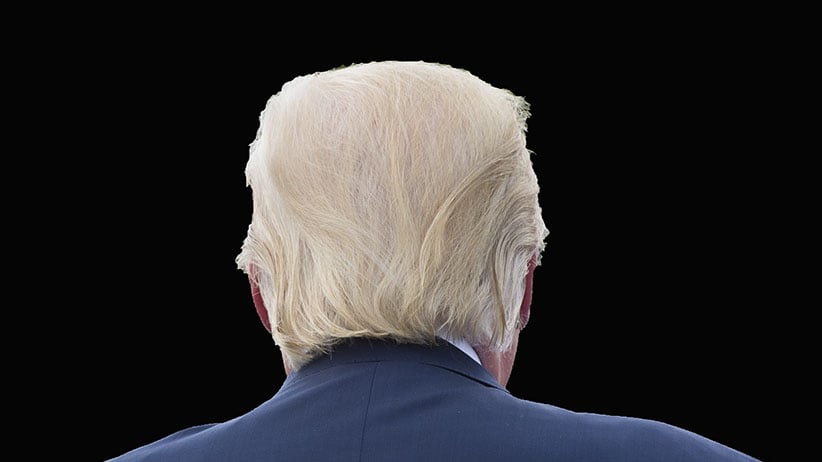 US Republican Presidential hopeful Donald Trump speaks during a Tea Party rally against the international nuclear agreement with Iran outside the US Capitol in Washington, DC, September 9, 2015. (SAUL LOEB/AFP/Getty Images)

Trump was speaking at a rally Tuesday in North Carolina when he turned to the former Iraqi leader.

“Saddam Hussein was a bad guy, right? … But you know what he did well? He killed terrorists. He did that so good,” Trump said. “They didn’t read ’em the rights, they didn’t talk. They were a terrorist, it was over.”

Trump has previously said the world would be “100 per cent better” if dictators like Hussein and Libya’s Moammar Gadhafi were still in power. Prior to the U.S. invasion, Iraq was listed by the State Department as a state sponsor of terrorism.

Sullivan said such comments “demonstrate how dangerous he would be as Commander-in-Chief and how unworthy he is of the office he seeks.”

The rally began with remarks from Sen. Bob Corker, who joined Trump onstage amid speculation about the Republican candidate’s vice-presidential deliberations.

Trump introduced the Tennessee senator and chairman of the Senate Foreign Relations Committee as “somebody respected by everybody.”

Corker said he’d had a “pretty remarkable day” with Trump, spending time with his grown children and watching how he treats the people who work for him.

He told the enthusiastic crowd packed into Raleigh’s Duke Energy Center for the Performing Arts that “the reason that you love him so much is because he loves you.”

The pair hugged before Corker left the stage.

“It’s a bribe!” Trump declared, hours after the FBI said it wouldn’t recommend charges against Clinton over her use of a private email server while she was secretary of state.

Trump was referring to a story in The New York Times that quoted “Democrats close to” Clinton saying she may decide to rehire Lynch.

Trump says Lynch may have believed that, if she let Clinton off the hook, she’d have four more years on the job.