In Trump's plan, the government would use questionnaires, social media and interviews to determine if applicants support American values like tolerance and pluralism 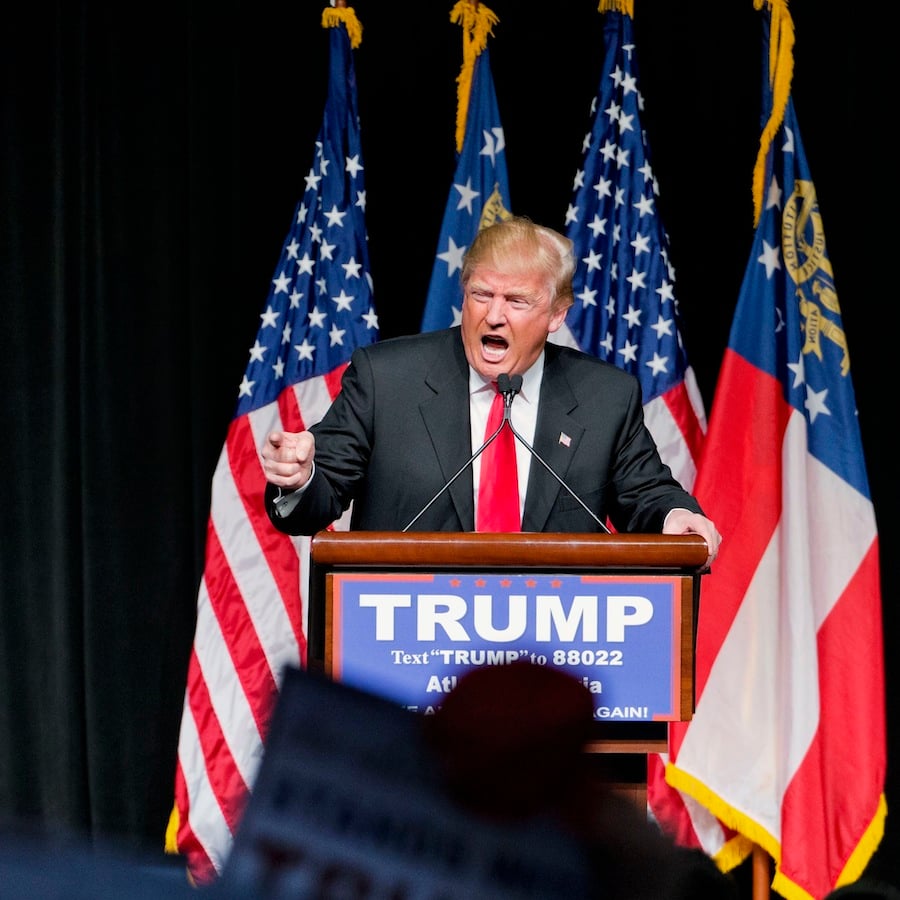 YOUNGSTOWN, Ohio — Donald Trump on Monday will call for a new ideological test for admission to the United States, vetting applicants on their stance on issues like religious freedom, gender equality and gay rights. The policy would represent a significant shift in how the U.S. manages entry into the country.

In a speech in swing state Ohio, Trump will also call for “foreign policy realism” and an end to nation-building if elected president. And he’ll argue that the United States needs to work with anyone who shares the mission of destroying the Islamic State group and other extremist organizations, regardless of other disagreements.

“Mr. Trump’s speech will explain that while we can’t choose our friends, we must always recognize our enemies,” Trump senior policy adviser Stephen Miller said.

The Republican nominee’s foreign policy address comes during a rocky stretch for his campaign. He’s struggled to stay on message and has consistently overshadowed his policy rollouts, including an economic speech last week, with provocative statements, including falsely declaring that President Barack Obama was the “founder” of the Islamic State.

Democrat Hillary Clinton has spent the summer hammering Trump as unfit to serve as commander in chief. She’s been bolstered by a steady stream of Republican national security experts who argue the billionaire businessman lacks the temperament and knowledge of world affairs to be president.

“He knows nothing about foreign policy and he has no interest in learning,” Clinton policy adviser Jake Sullivan said Monday in a memo to reporters.

Clinton is focusing on domestic themes Monday as she campaigns in Pennsylvania with Vice-President Joe Biden.

Trump is expected to spend significant time in his speech going after Obama and Clinton, the former secretary of state, blaming them for policies he argues allowed the Islamic State group to spread.

Trump is expected to say that any country that wants to work with the U.S. to defeat “radical Islamic terrorism” will be a U.S. ally—though aides did not specify which countries that position refers to. He’ll also call for declaring in explicit terms that, like during the Cold War, the U.S. is in an ideological conflict with radical Islam. Obama, Clinton and top U.S. officials have warned against using that kind of language to describe the conflict, arguing that it plays into militants’ hands.

“Mr. Trump will outline his vision for defeating radical Islamic terrorism, and explain how the policies of Obama-Clinton are responsible for the rise of ISIS and the spread of barbarism that has taken the lives of so many,” Miller said Sunday in an email, using an alternative acronym for the Islamic State group.

Under Trump’s new immigration policy, the government would use questionnaires, social media, interviews with friends and family or other means to determine if applicants support American values like tolerance and pluralism. The U.S. would stop issuing visas in any case where it cannot perform adequate screenings.

It is unclear how U.S. officials would assess the veracity of responses to the questionnaires or how much manpower it would require to complete such arduous vetting. The campaign has yet to say whether additional screenings would apply to the millions of tourists who spend billions of dollars visiting the United States each year.

It will be the latest version of a policy that began with Trump’s unprecedented call to temporarily bar foreign Muslims from entering the country—a religious test that was criticized across party lines as un-American. Following a massacre at a gay nightclub in Orlando, Florida, in June, Trump introduced a new standard, vowing to “suspend immigration from areas of the world where there is a proven history of terrorism against the United States, Europe or our allies, until we fully understand how to end these threats.”

That proposal raised numerous questions that the campaign never clarified, including whether it would apply to citizens of countries like France, Israel, or Ireland, which have suffered recent and past attacks. Trump had promised to release his list of “terror countries” soon. But now, aides say, the campaign needs access to unreleased Department of Homeland Security data to assess exactly where the most serious threats lie.

While Trump has been criticized for failing to lay out detailed policies, aides say Monday’s speech will again focus on his broader vision. Additional speeches with more details are expected in coming weeks, they said.

Seeking to beat back criticism of his struggling campaign, Trump and his top advisers have blamed the media for failing to focus on his proposals.

“If the disgusting and corrupt media covered me honestly and didn’t put false meaning into the words I say, I would be beating Hillary by 20 per cent,” he tweeted Sunday.