Domise: It is no longer possible for anyone to defend Trump without defending both racism and the mechanisms by which it perpetuates itself 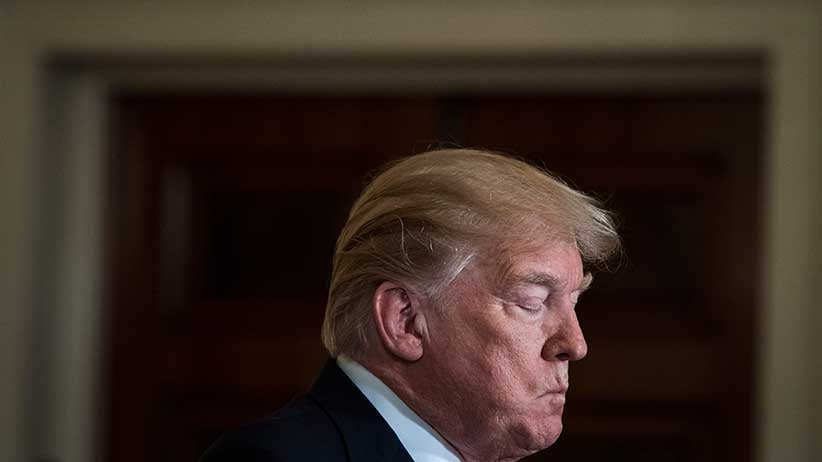 In October of 1801, newly-elected U.S. President Thomas Jefferson was faced with a diplomatic conundrum. The former slaves of St. Domingue (later known as Haiti) had overthrown the French, and written a constitution declaring slavery forever abolished. Though Jefferson initially supported the Leclerc expedition to reconquer St. Domingue, he was quickly forced to reconsider. If 20,000 French soldiers managed to regain control of France’s colonial crown jewel, what would stop them from continuing westward to re-assert control of the Louisiana territory?

In one of history’s many twists of irony, an eventual victory for Haitian slaves removed the incentive for France to continue its colonial ambitions in the New World. It then sold the Louisiana Territory to the United States for fifty million francs, and canceled eighteen million francs worth of U.S. debt (the sum of which, in 2016 dollars would be roughly $250 million USD). In other words a slave rebellion enabled the United States, then a slaveholding country, to make its largest ever land purchase of the Louisiana Territory for a pittance. Henry Adams, an historian and great-grandson of President John Adams (who opposed the Louisiana Purchase) made sure to note this in his expansive historical volumes:

“[The] prejudice of race alone blinded the American people to the debt they owed to the desperate courage of five hundred thousand Haytian (sic) negroes who would not be enslaved.”

It occurs that America’s prejudices continue to produce a blindness that has engulfed its President and his supporters. I’ve mentioned previously that delusion is a necessary component of white supremacy, and its cousin amnesia often afflicts those who attempt to launder it. It is a convenient affliction, rendering some people’s histories are worth remembering, and turning other people’s histories into a palimpsest, over which the tidy and convenient narrative of the present day can be written.

In a meeting with Congressional representatives on Thursday, while negotiating details of a bipartisan immigration deal, President Donald Trump allegedly referred to the entire nation with a scatalogical term. According to accounts described in the Washington Post, representatives were negotiating the matter of protections for immigrants from El Salvador and Haiti, both of which were struck by massive earthquakes (El Salvador in 2001, Haiti in 2011) that resulted in waves of relief-seekers entering the United States. Trump suggested a focus on immigration from countries like Norway, and later added “Why do we need more Haitians? Take them out.”

The course of apologetics in politics, where surrogates scramble to explain mere gaffes as misunderstandings, and policy blunders as ideas that began with the best of intentions, apply when politicians are at least operating in good faith. Joe Biden for example, who developed a reputation in Washington as the “human gaffe machine,” was known to curse in the presence of live microphones, and once described LaGuardia airport as a place that belonged in a third-world country. But Joe Biden, at the very least, cannot be said to believe Mexicans are “rapists,” or that Black neighbourhoods are rife with violence, death, and a lack of education and jobs, or that Muslim communities provide safe harbour to terrorists. Explaining Joe Biden’s gaffes does not require explaining white supremacy in pleasant terms.

The apologetics that apply to Donald Trump, on the other hand, are not political. They are so wholly tied to his character, one which has shown him time and time again to be a white supremacist in every sense of the phrase, that it is impossible to defend him without defending both racism and the mechanisms by which it perpetuates itself. The National Review’s Rich Lowry, for example, asks The Nation’s Joan Walsh “Where would you rather live, Haiti, or Norway?” and, while pressing for an answer on Haiti’s value as a country, has neither the knowledge nor the good sense to be embarrassed at the question.

Tucker Carlson, defending both Trump and Lowry, goes on to describe countries like Haiti as “dangerous,” “dirty,” “corrupt” and “poor,” with not a thought spared for America’s history with the country, so deeply intertwined with the island, that the union of the thirteen colonies might never have become more than a littoral ribbon surrounded by colonial empires had Haiti not thrown off the shackles of the French.

The prejudice of race has so blinded American thought, that educated political analysts are currently trapped in an immigration discourse not based on the skills of applicants, or the circumstance under which they wish to immigrate, but their country of origin and whether the people living in those countries can be deemed desirable. This is the distilled essence of white nationalism—that the character and makeup of a people are defined by their national origin, and that their present circumstances owe nothing to history, but simple benefits or flaws of their racial lineage.

To the mind of the white nationalist, multiculturalism is a failed experiment deviating from a simple truth: there are good countries like Norway, and there are s–thole countries like Haiti. Draw your own conclusions as to why that may be. And even though America owes far more to Haiti than Norway for its present state as global superpower, and in fact its very existence, the President of the United States can, in the company of the people who write America’s laws, characterize its inhabitants as human waste.

This is no longer a matter of “locker room talk,” or “political incorrectness.” With this comment, confirmed by several Congressional representatives who were in the room to hear it, Trump has transformed the discourse of American foreign policy to a very clear line. To stand with him or defend his comments is not a matter of debating immigration policy. To defend Trump is, quite simply, to stand with the depravity and selective amnesia of white nationalism.