Maziar Bahari tells House committee that while there may be progress on the nuclear file, human rights abuses must not be ignored 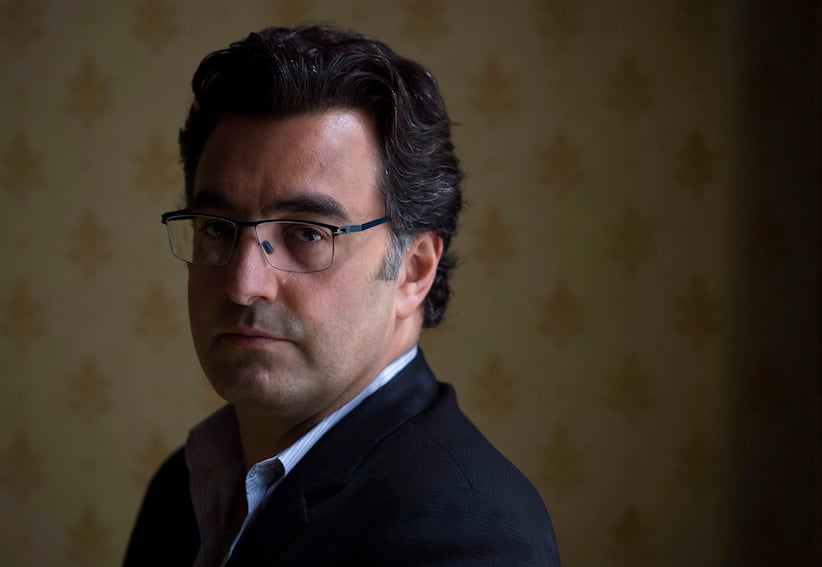 Maziar Bahari, an Iranian-Canadian journalist who says he was physically and psychologically tortured during 118 days in a Tehran prison, is urging Western politicians not to let progress in talks aimed at reaching a deal over Iran’s nuclear program distract them from ongoing human rights abuses in the country.

Bahari spoke at a parliamentary committee meeting on international human rights today. At a press conference before testifying, Bahari said little about his own imprisonment in 2009, saying he wished to bring attention to the “many journalists, mostly unknown and unnamed” who have suffered and continue to suffer similar or worse abuses in Iranian prisons.

As part of “Iran accountability week,” several Canadian parliamentarians have chosen to publicize some of these largely ignored Iranian political prisoners “so that they know we stand in solidarity with them,” Liberal MP Irwin Cotler said at the press conference. “They are not alone and we will not relent in our advocacy until their release is secured.”

Among those prisoners is Saeed Malekpour, a former permanent resident of Canada who has been jailed since 2008 on charges of blasphemy and making software used by pornographers. NDP MP Paul Dewar has taken up his case.

Bahari also drew attention to fellow journalist Jason Rezaian, the Washington Post’s Tehran bureau chief, who has been jailed since July 2014. The charges against him, according to his lawyer, include espionage and “collaborating with hostile governments.”

Bahari said he has reason to believe Rezaian, a dual American-Iranian national, has been forced to confess to at least some of his supposed crimes. Bahari fears these confessions will be taped.

“I’m not sure exactly what Jason has confessed to, but hopefully we will never see it,” he said.

“From my experience, I can tell you that going through confession is like being raped, but the difference between confession and being raped is that it is a rape that is televised and then put on YouTube.”

Abolghassem Salavati, the judge in Rezaian’s case, also sentenced Bahari, in absentia, to 13 years and six months in jail.

“If you wonder what that half year is about, it was for someone tagging a picture of former president [Mahmoud] Ahmadinejad kissing a boy on my Facebook page. I did not put that picture on my Facebook page. Someone tagged it. The judge deemed that by having that picture, I meant that the president is a homosexual. Hence, I had to suffer six months imprisonment,” he said.

Salavati, whom the European Union blacklisted in 2011 because of human rights violations, also sentenced a man to death for alleged crimes that included claiming the story of Jonah and the whale was not the literal truth. Mohsen Amir Aslani was hanged in September.

Regarding the ongoing negotiations about Iran’s nuclear program, Bahari said that any opening between Iran and the rest of the world benefits ordinary Iranians. But he said human rights in Iran have deteriorated since negotiations began, because hardliners in the judiciary and security forces have tried to tarnish the image of the comparatively moderate president, Hassan Rouhani, by staging multiple public executions and vigorously persecuting religious minorities.

For this reason, Bahari argued that negotiators should avoid the “trap” of a so-called “grand bargain” that would ease pressure on Iran concerning its human rights abuses in exchange for concessions on the nuclear file.