Doubts about informant cause Chandra Levy case to crumble

On Thursday, prosecutors dropped all charges against Ingmar Guandique 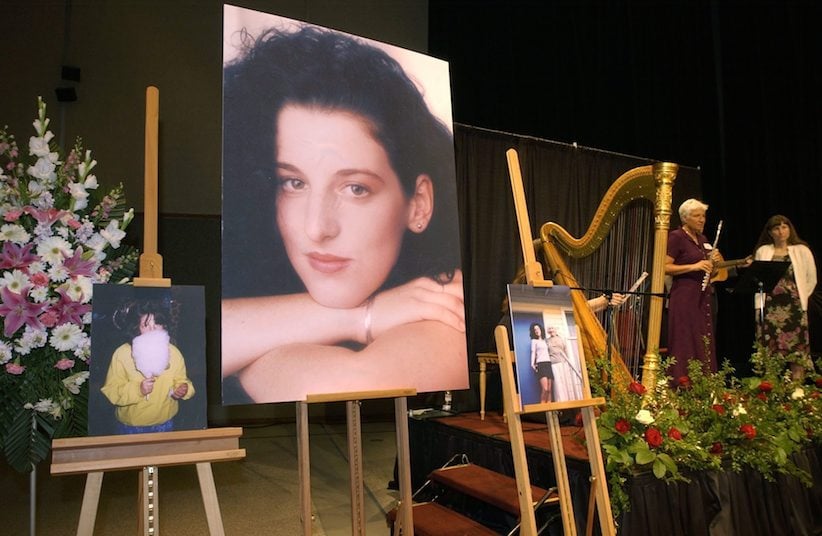 In this May 28, 2002 pool-file photo taken at the Modesto Centre Plaza in Modesto, Calif., photos of Chandra Levy are on display as musicians, right, stand by at her memorial service. (AP Photo/Debbie Noda, Pool, File)

MCLEAN, Va. — Armando Morales was a gang leader, drug dealer and a jailhouse snitch. But he was also a commanding, dynamic presence on the witness stand when he told jurors that his cellmate, Ingmar Guandique, confessed to the murder of Washington intern Chandra Levy.

Jurors believed Morales, and prosecutors obtained a conviction against Guandique at his 2010 trial despite lacking a confession, witnesses or DNA evidence. They obtained a conviction even though everyone knew that police had initially suspected another man, former California congressman Gary Condit.

But for the past five years, while Guandique was imprisoned on what was to have been a 60-year murder sentence, defence lawyers accumulated new information that cast doubt on Morales’ truthfulness. They learned that he asked to be put into the witness protection program in exchange for his testimony, even though he testified he hadn’t sought any benefit for testifying.

Last year, a judge ordered that Guandique receive a new trial after prosecutors acknowledged a retrial was warranted.

Meanwhile, as questions about Morales continued to grow, a woman named Babs Proller who met Morales by happenstance began recording her conversations with him, and turned them over to authorities earlier this month.

On Thursday, prosecutors dropped all charges against Guandique, saying they had received evidence recently that would make it impossible for them to prove their case beyond a reasonable doubt.

It’s not entirely clear what’s in the recordings. Bill Miller, a spokesman for the U.S. attorney’s office, declined to say whether the recordings prompted prosecutors to seek dismissal of the case.

Edward Brady, an attorney for Proller, said his client became involved in the case by sheer coincidence and contacted prosecutors, defence attorneys and Levy’s mother.

“She did this because she believed then, and believes now, that it was the right thing to do,” Brady said.

Susan Levy, Chandra Levy’s mother, said in an interview Friday at her Modesto, California, home that she had indeed been in contact with someone, then called the prosecutors to alert them.

Levy described feeling despair over her daughter’s unsolved murder and, at the same time, relief that she won’t have to rehash the case in court in October, when Guandique’s retrial had been scheduled.

“It’s weird, all of a sudden it’s no longer there and he’s released,” Levy said. “I’m not sure what’s going to happen next — I clean my house, I wash my dishes and, when I feel better, I try to get back to being a halfway human being.”

David Benowitz, a criminal defence attorney in Washington, said prosecutors have clear obligations to inform defence attorneys of any potential issues when they use jailhouse informants.

“Jailhouse snitch testimony is inherently unreliable,” he said. The problem is exacerbated, he said, when prosecutors refuse to disclose information that would allow the defence to attack the informant’s reliability.

Brandon Garrett, a University of Virginia law professor who wrote a book detailing the degree to which false testimony from jailhouse informants contributes to wrongful convictions, suggests that such testimony should be banned altogether.

“If they are to be used there should be reliability review by a judge and all statements and interviews they give should be videotaped. All leniency offers should be documented and disclosed,” he said in an email interview.

In Guandique’s case, prosecutors argued to the jury that Morales’ story had the ring of truth — Guandique’s purported confession actually came as he was trying to convince his cellmates he wasn’t a rapist. Specifically, Morales testified that Guandique confided to him: “Homeboy, I killed that b—-, but I didn’t rape her.”

Defence lawyers sought to undermine his testimony, eliciting testimony from a third cellmate who said he was almost always with Morales and Guandique during the time in question, and that he never heard any confession. During Morales’ cross-examination, they suggested Morales was simply trying to take advantage of his cellmate’s notoriety. Ultimately, though, the defence failed to persuade the jury there was reasonable doubt.

While Guandique no longer faces charges — and now faces deportation — a lawyer for Condit said it would be wrong for people to think that his client could again become a suspect.

Condit’s attorney, Lin Wood, issued a statement Friday saying Condit remains in the clear despite the collapse of the case against Guandique.

“Mr. Condit was long ago completely exonerated by authorities in connection with the death of Chandra Levy,” he said. “Mr. Condit’s counsel was informed yesterday by the U.S. Attorney’s office in charge of the Levy case that Mr. Condit is neither a subject nor a target of the investigation into the murder of Chandra Levy.”