Ferrari crash killed a Toronto boxer, his cousin, a survivor of the 2013 Boston Marathon bombing and her university roommate. 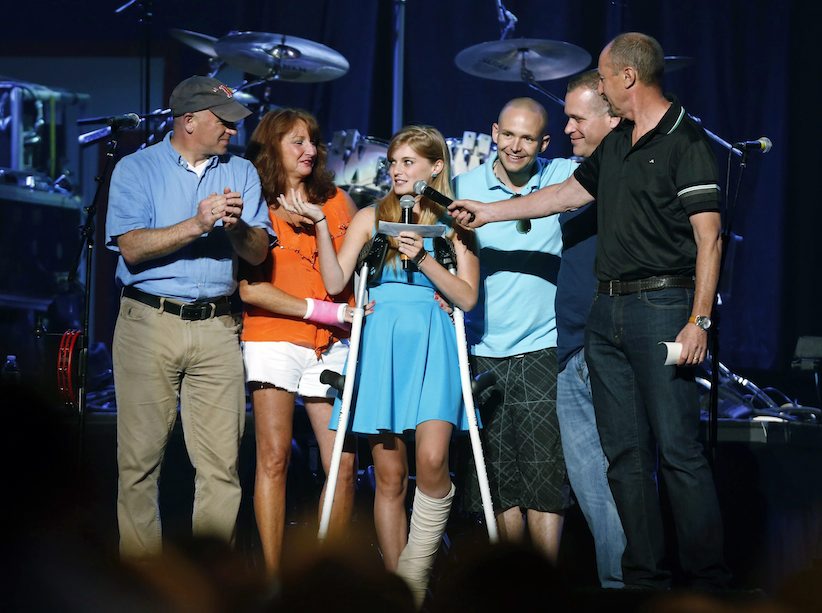 In this May 30, 2013 file photo, Boston Marathon bombing survivor Victoria McGrath, center, thanks people who helped her after she was injured in the bombing, during the Boston Strong Concert. (Bizuayehu Tesfaye, AP)

DUBAI, United Arab Emirates — High speed and alcohol were involved in a Ferrari crash that killed a survivor of the Boston Marathon bombing, a Canadian boxer and two others, a Dubai prosecutor said Wednesday.

Salah Bu Farousha, the head of Dubai Traffic Public Prosecution, declined to name any of those involved in the crash. But officials in Dubai, who spoke to The Associated Press on condition of anonymity as they were not authorized to discuss the crash, identified those killed as Boston bombing survivor Victoria McGrath, Northeastern University student Priscilla Perez Torres, Canadian boxer Cody Nixon and James Portuondo.

The crash early Sunday morning near Dubai’s Jumeirah Lake Towers neighbourhood saw the yellow, two-seat Ferrari 458 Spider jump a curb and slam into a pole, splitting the sports car in half. Only 10 minutes earlier, surveillance footage at a nearby hotel caught those involved in the crash hopping into the Ferrari, with the two American women sitting in the passenger seat, the Canadian boxer sitting in the middle and the other man driving, Bu Farousha said.

“From my initial investigation, they had lost control of the car,” the prosecutor told the AP. “The road is curved. They were driving at a high speed in a 40-kph (25-mph) zone. The speed did not match at all the speed limit.”

Bu Farousha declined to say how fast he believed the car was travelling, though he said investigators were examining a monitor installed in the car to make a final determination.

The prosecutor said all those involved had been drinking. While alcohol is freely served in hotels throughout Dubai, a tourist attraction home to the world’s tallest building and luxury malls, driving after consuming any alcohol is illegal.

Only hours before the crash, Nixon posted a picture to the photo-sharing app Instagram of him sitting in the Ferrari in Dubai’s famed man-made Palm Jumeirah, wearing a red-checkered scarf common in the Gulf. The caption read: “Just landed into Dubai picked up the Ferrari! Don’t worry I won’t speed ;).”

McGrath and Torres were on a personal trip and not studying abroad, Northeastern University in Boston has said. 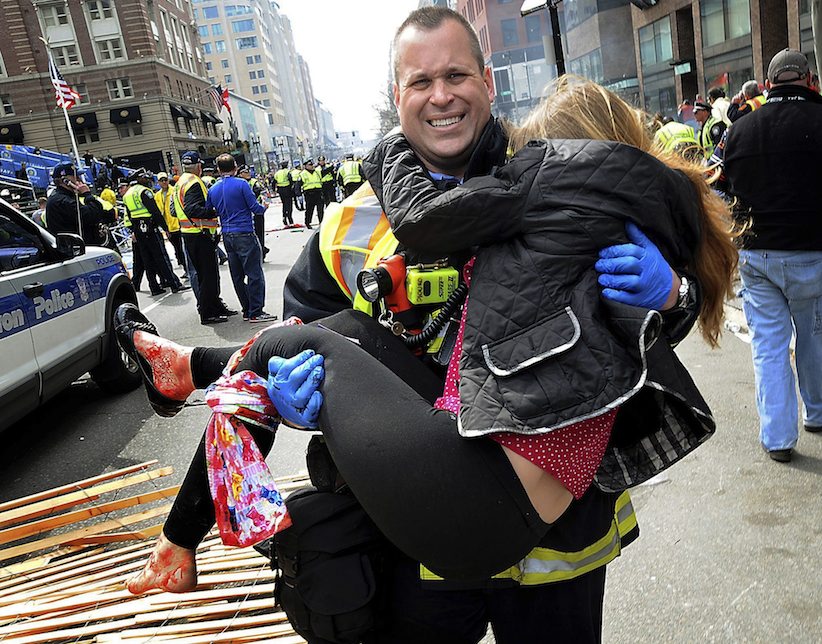 McGrath, 23, received severe shrapnel injuries to her left leg from the first of two bombs placed near the marathon finish line on April 15, 2013. Three people were killed and more than 260 others were injured in the bombing.

Bruce Mendelsohn, who was attending a post-marathon party in a building overlooking the finish line, rushed outside to help and saw McGrath lying on the ground, bleeding heavily from her left leg. Mendelsohn said he tied a scarf or T-shirt he found nearby around her leg as a tourniquet to stop the bleeding, a move McGrath’s doctor later told him saved her life. Mendelsohn flagged down a firefighter, who carried McGrath away from the scene in what became one of the most widely used photographs from the bombing.

The Motor City Boxing Club in Oshawa, Ontario, posted a tribute to Nixon on its Facebook page, saying he had died “while vacationing overseas.” Canadian media has described Portuondo as Nixon’s cousin travelling with him on the trip to Dubai.