The U.S. participates in a ritual that every other advanced democracy has abandoned and justice is rarely served 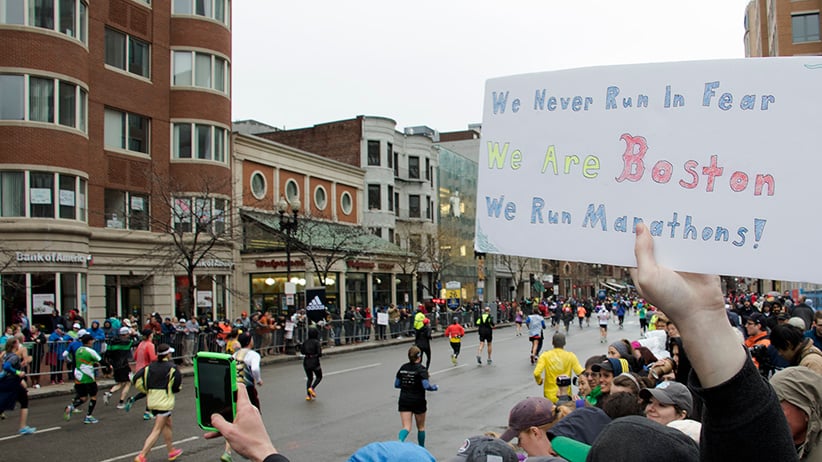 It took only 14 hours of deliberations for the 12-member jury tasked with deciding the fate of Boston Marathon bomber Dzhokhar Tsarnaev to pass down their judgment. Seven women and five men, all hand-picked because of their openness to capital punishment, concluded this past Friday that the 21-year old deserves death on six of the 15 counts in which death was an option. The sentence has ignited equal amounts of jubilation as it has anger. Some of the victims of the 2013 attack celebrated, others lamented the outcome.

The array of emotions on display at a downtown Boston courthouse reflected the controversy surrounding this case, one in which a state that abolished the death penalty 30 years ago played host to a federal trial that resulted in the death penalty. The contradiction sits at the heart of the capital punishment debate in America today and has touched off a firestorm centred around why exactly the U.S continues to participate in a ritual that every other advanced democracy has abandoned.

“Capital punishment in America today,” writes sociologist David Garland in his book, Peculiar Institution: America’s Death Penalty in an Age of Abolition, “is a story of a legal norm combined with its widespread evasion.” The development of the institution since the 19th century, he argues, has been a process of the proceduralization of death “not to terrorize onlookers with a spectacle of suffering but to carry out the court’s death sentence in an efficient, humane manner.” On the one hand, the majority of Americans demand retribution for the most heinous crimes while on the other, a legal system must prove its liberal democratic credentials, including its adherence to humanistic values.

The lengths to which the system will go to avoid executing a death row inmate is astonishing. Of the 26 federal capital convictions since 1988, when the U.S. Supreme Court lifted a moratorium on executions, only three have been carried out. At the state level, besides Texas, executions are similarly rare.  In Tennessee, for instance, where a moratorium on executions was lifted in 2000, more death row prisoners have died of natural causes than have been executed. The likelihood that Tsarnaev will actually be executed is extremely low, experts say.

Occasionally, the aversion to executing death row prisoners slips into the surreal. In one case in Pennsylvania, a man convicted of murder in 2000 became so distraught with the time it was taking to have his death sentence overturned that finally, in 2009, he wrote a letter to the governor demanding his own death. In a Kafkaesque twist, his state-appointed defence lawyers then had him declared incompetent. As of last April, he was still demanding to die.

Advocates of abolishing the death penalty point out that the dysfunction in the system undermines any notions of justice and retribution, and ultimately ends up costing taxpayers more than putting a person behind bars for life. Moreover, they argue, families must suffer through years of appeals that rehash the pain of the crime, meaning the closure they were promised when the death penalty was applied is never delivered.

The parents of Martin Richard, the youngest victim of the Boston marathon bombing, made that point when they publicly opposed the death penalty for Tsarnaev.

“We know that the government has its reasons for seeking the death penalty,” they wrote in an open letter during Tsarnaev’s trial, “but the continued pursuit of that punishment could bring years of appeals and prolong reliving the most painful day of our lives. We hope our two remaining children do not have to grow up with the lingering, painful reminder of what the defendant took from them, which years of appeals would undoubtedly bring.”

Closure, they went on to argue, would mean life in prison with no possibility of parole, which would allow Tsarnaev to “fade from our newspapers and TV screens.”

That remains a possibility, if the death sentence is overturned on appeal. Alternatively, Tsarnaev’s fate could hang in limbo for decades, caught in a legal system committed to applying capital punishment but increasingly opposed to implementing it. Why that system still exists at all is a mystery to many.